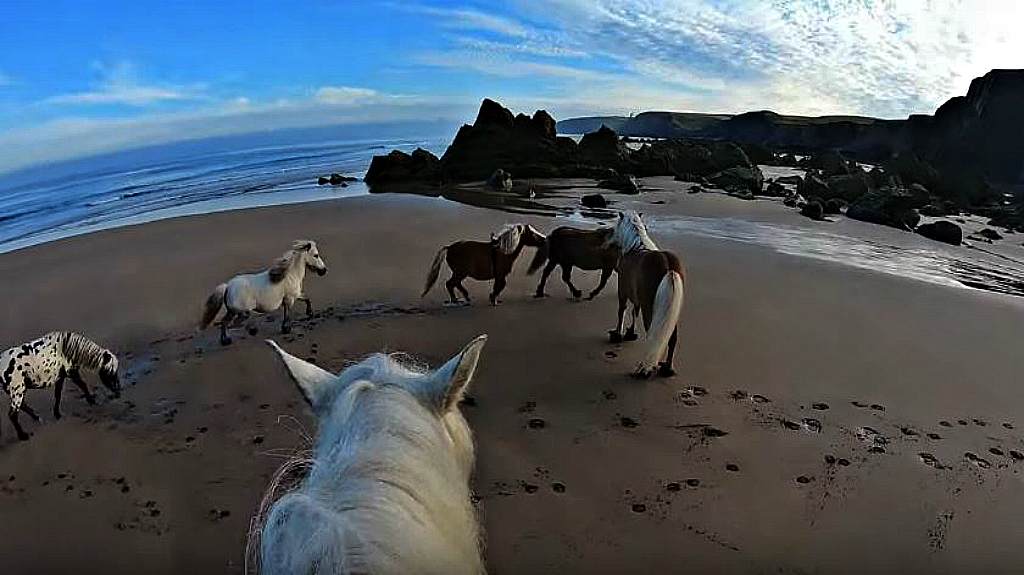 Horse-trainer Emma Massingale has embraced the summer and dramatic coastline of her home county by taking six horses for a loose adventure on the beach. The award-winning film-maker created her latest video The Mini Tribe Go Wild At The Seaside with familiar Youtube stars Albert and Ernie, who were joined by young miniatures Stan, Percy and new recruit Peggy for a gallop along the sands. The minis were accompanied on the North Cornwall beach by Connemara Comet, who Emma was free riding. 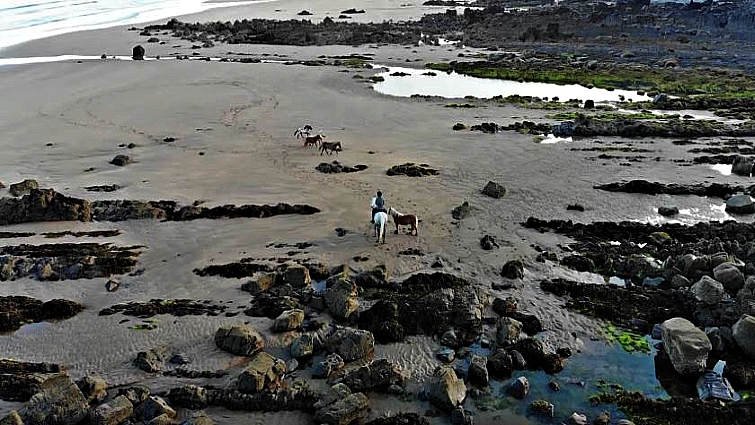 “I’ve done a lot of videos with Albert and Ernie but not so many with the miniatures, so I thought it was time we had an adventure,” said Emma. “Comet came back with me from Connemara and he’s been allocated in charge of the mini team, his job is to babysit them as he has a fantastic temperament,” she explained. “He’s also not as tall as my other Connemaras, so he’s easier to get on and off all the time!” Emma, who has eight Connemaras she uses for demos, revealed she is currently expanding her miniature line-up. 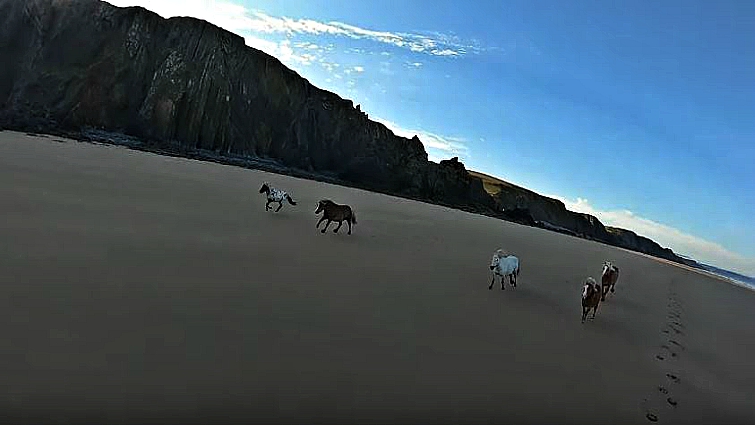 “I recently added Peggy who is six and hasn’t done anything — it’s just about early relationship building with her, so this was a bit of an eye-opener,” she said. “When I am working with new ones like that, I outnumber them with trained ponies and as long as there are more trained than untrained ones, it’s a good way of getting everyone to have a good time! They tend to copy Albert and Ernie. The Connemara team usually work at liberty in formation, whereas I am currently playing around with the mini guys as I want them to be a free herd,” she added. “It’s interesting as that way you can see their personalities a bit more.”

As well as demos and a Connemara island adventure holiday with her ponies in September, Emma is currently experimenting with some new liberty line-ups. “I’m looking at doing a mixed tribe with the Connies, donkeys and other random pets including the sheep and pig — and the cat,” she revealed. “It’s really interesting to do liberty work with different animals as they go at different paces and have different needs — so it’s fascinating to be able to keep the whole horde happy at the same time.”