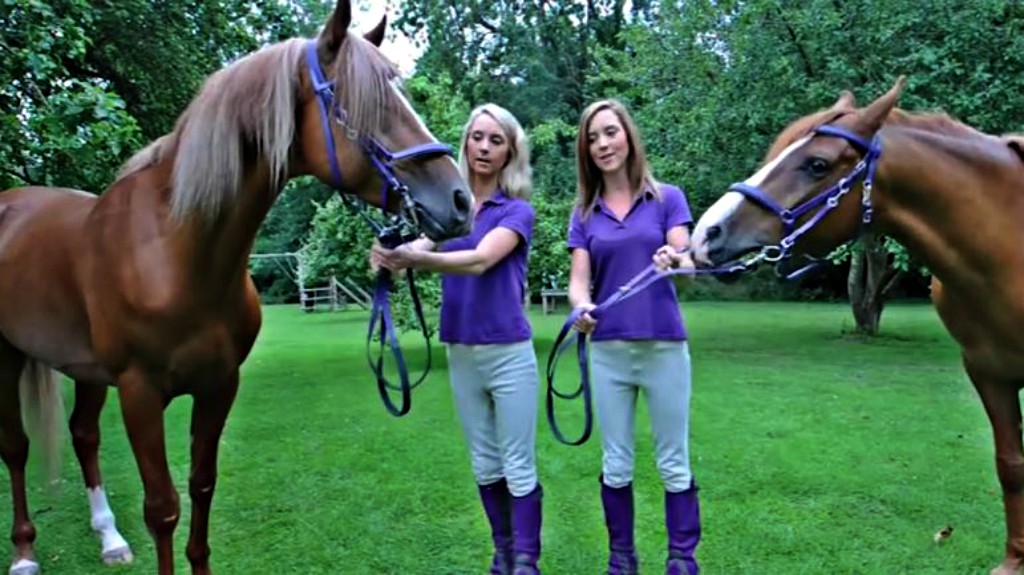 Today we are gonna tell you an amazing story that I’m pretty sure it will put a smile on your face. It’s the story of two special identical twin sisters Greta and Hannah Verkerk who live together and both work at a farm in the United Kingdom. You may now think, okay but what makes them so special?

Well, let us tell you all about it. A few years ago, the twins, got the exciting news that their mare was pregnant. The horse lover twins were obviously thrilled, but when the day eventually came, they were shocked to find out that the horse gave birth to two identical babies! During the birth, George arrived first, and right behind him came his twin brother named Harry! The sisters couldn’t believe their eyes because as you know, having twins it’s not as common as having just one foal.

The twin sisters did everything they could to keep the twins alive and all their efforts were worth it because the twins did survive. Mares actually conceive twins quite often, but on really rare circumstances both embryos survive. The odds for both foals to get out alive are low because they need the proper space throughout the pregnancy time.

It’s so wonderful to witness George and Henry’s healthy growth and how they have become such lovely and healthy animals. “We have such a great relationship. We’re all twins together, the four of us,” Greta stated. Watch the video below, to learn more about Greta and Hannah and their inseparable twins.