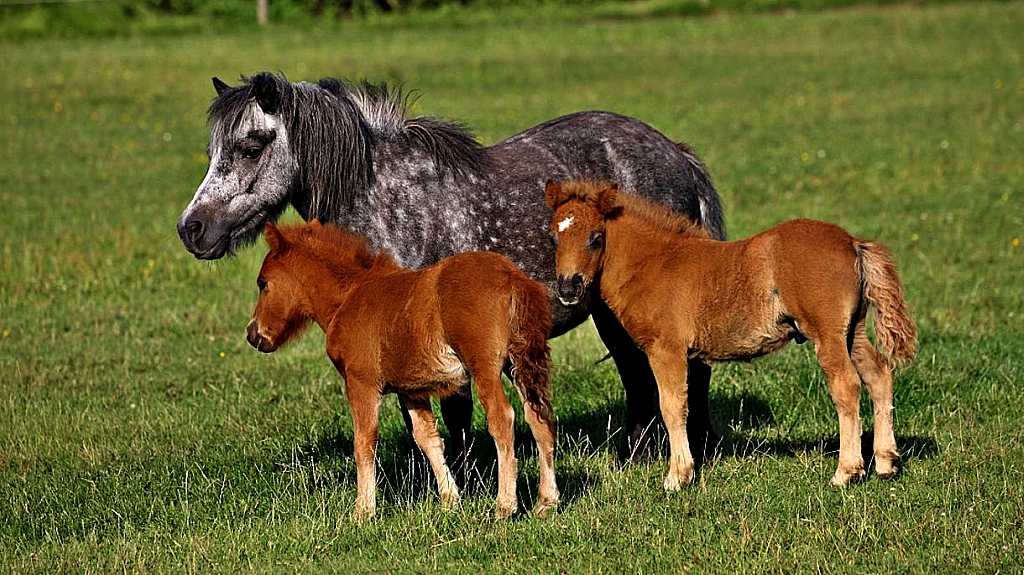 A breeder has welcomed twin Shetland foals but said she hopes their birth is a “once in a lifetime” event. Julia Gibson’s five-year-old mare Coppice Fleur gave birth to two colts by stallion Coppice Everyman. Julia, the owner of Coppice Shetland Pony Stud in Warwick, said Fleur foaled earlier than expected, so she found her with a colt at her side. “He was dry and steady on his feet so we think he had been born sometime before dawn,” she said. “What was disturbing was the fact he hadn’t suckled and Fleur was anxious and hadn’t produced the afterbirth.” 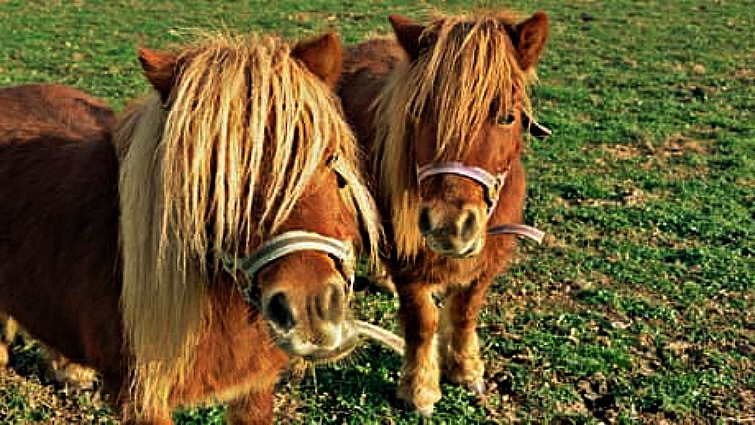 Julia, with the help of her friend Emma Strange, brought Fleur and her colt into a stable where they discovered the mare was not producing milk. “The foal was very hungry. We took some milk from Coppice Felicity, a mare who had foaled a few days earlier and bottle-fed him. By this point, Fleur still hadn’t produced the afterbirth so we phoned our vet at Walnut Hill Equestrian,” said Julia. “We knew the foal could not have had the colostrum he needed and I didn’t have any frozen that I could use. The vet, Lily, rang round studs and located a small amount of colostrum at Culworth Grounds Thoroughbred Stud who very kindly let us have it and my partner, Martin, set off to collect it.” 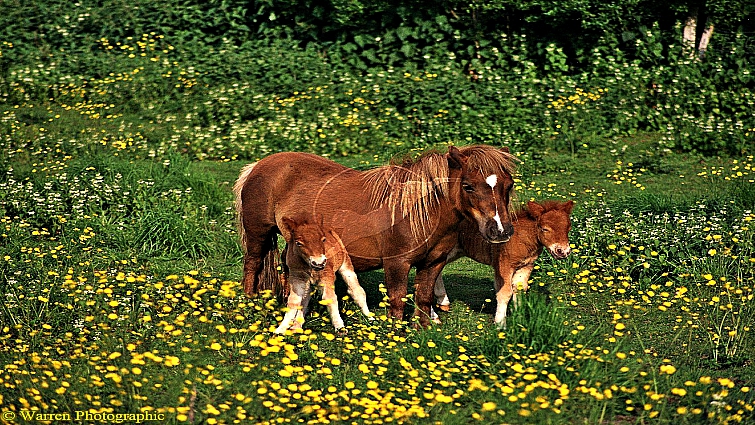 Fleur was given an injection by the vet to help her produce the afterbirth and given medication to help her produce milk. “Lily headed off to her next emergency and shortly after Fleur lay down and started to go through the motions of labor,” said Julia. Julia said she was relieved as she thought Fleur was producing the afterbirth, but it was discovered the mare was giving birth to a second foal – almost eight hours after the first. “I gave Fleur a bit of help and soon we had a big chestnut colt on the ground, sitting up and looking around,” she said.

“We had two little mouths to feed and a mare without any milk. Martin returned from the stud and through the afternoon and evening we bottle-fed the colostrum and remaining milk to the two little brothers.” Julia said eventually the twins latched on to Fleur, who started producing milk. “The rest of the weekend was a blur as my niece, Cathy, and I took turns to feed the foals, feed Fleur and give her medication. By late Saturday evening, we suddenly realized the foals had milk in their mouths – we had tears of joy,” she said.