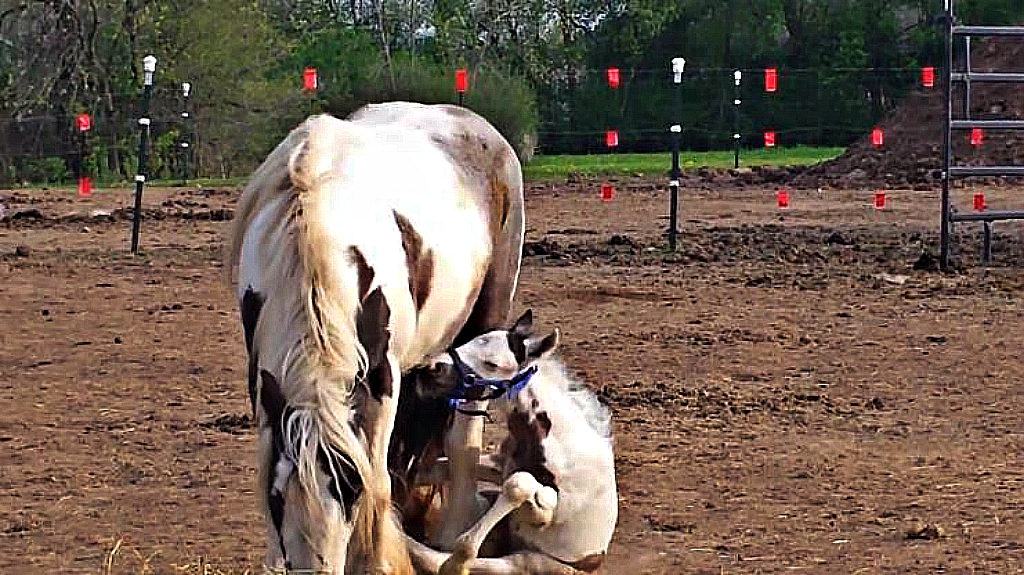 All the horse people know that there is nothing cuter than watching an adorable foal trying to walk for the first time. It is indeed a huge struggle, especially when the foal is a few days old as the one in this video. The adorable Gypsy foal has just learned how to walk but he intends to go to the next step. 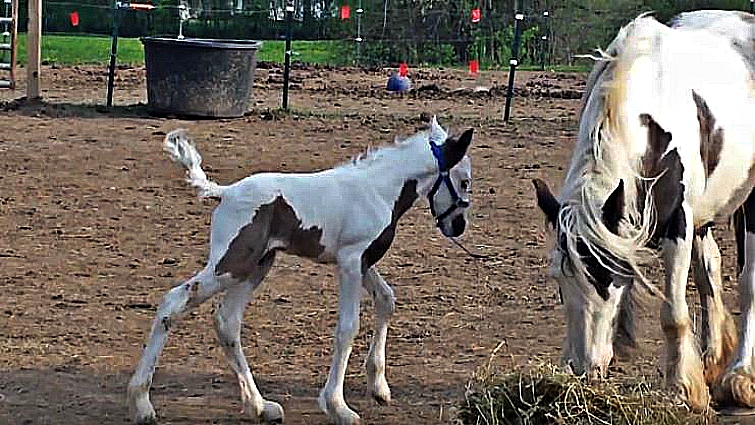 After getting familiar to walking properly, the beautiful 2-day old foal tries running. At the moment that the foal began he lost control of his legs and as a consequence, he collided on its mother’s body. 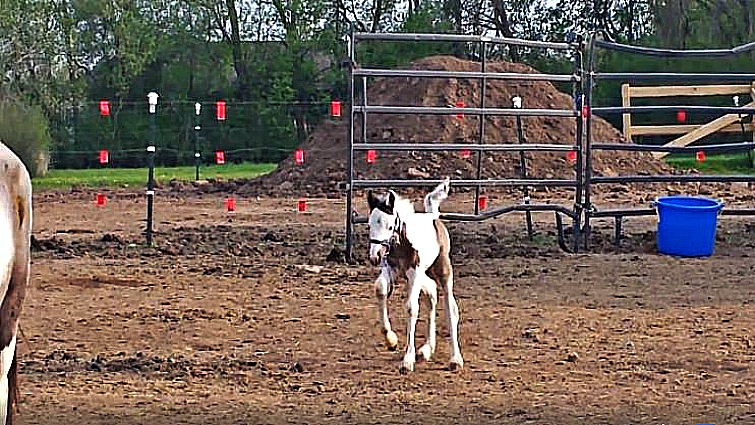 Right after, he began walking normally again because he understood that he still does not have the full control of his body yet. This is a very common thing for young foals. They are usually very impatient and they want to learn quick.

Some other foals feel insecure and take easy steps because of being afraid of doing something for the first time that they have never done before. Steffanie Christensen says the young colt is “just fine” and continued his cavorting after the adorable cute crash. The crush didn’t bother him though.