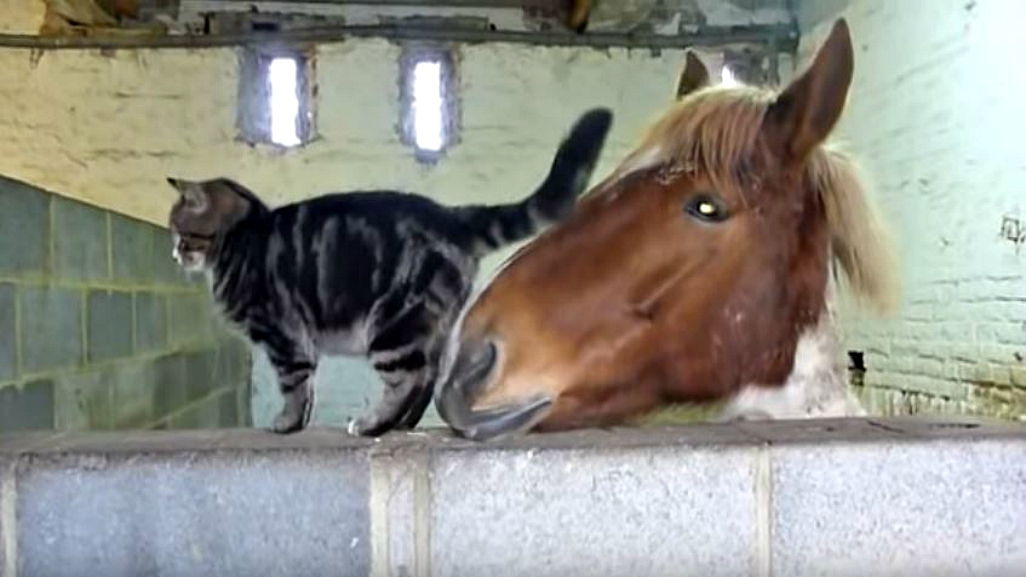 It’s already known that horses are so friendly that they can make friends with any other species. It’s in their nature to show love and sometimes be inseparable friends, not to mention that horse can also put up with annoying actions of the other animals. 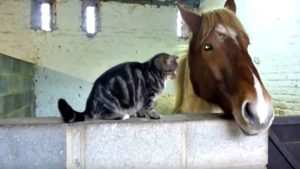 What you are going to watch in this video is a twerking cat that doesn’t accept ‘no’ for an answer. The cheeky feline approaches the dog, snuggles, and rubs noses in the face of the horse. She doesn’t give up easily as she goes up and down the stable wall wanting to attract the horse’s attention. At the beginning, the horse doesn’t seem interested in the cat but the cat is so persistent and, eventually, gets the attention she was seeking. 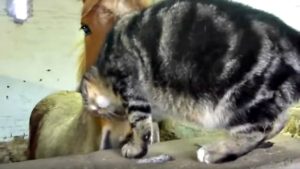 It is clear that they have a lot of love for each other and this moment of affection shows it all but apparently, the horse doesn’t like the twerking moves the cat does, and at a certain moment he turns his head away in distaste and a kind of loathing. When the cat is all done with the stallion she then turns to her owner and wants some grooming. What a jaunty pair! Watch and enjoy the video!