Horses tend to be a little nervous when someone who they have never seen before approaches them. That’s why if you are planning on riding a new horse it is best if you stay near and get familiar with them first. That’s what happened to a TV Reporter, Stu Mills who had the “brilliant” idea to ride a new horse for the first time on his life. 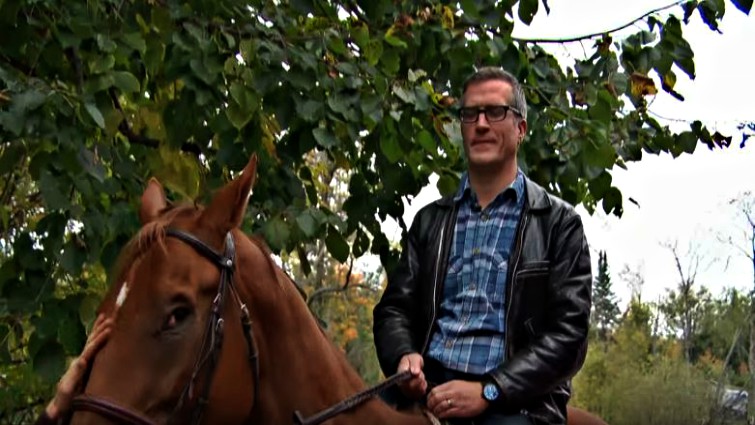 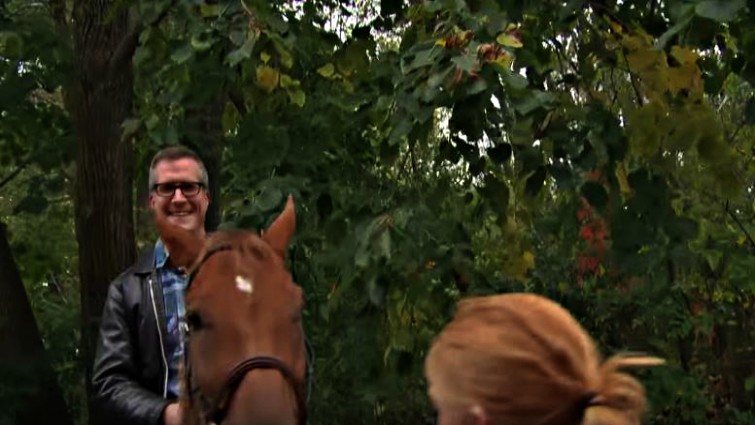 The horse is named Rusty and he is a very reliable and fair horse, even though he is blind in one eye. But the CBC Ottawa reporter had never ridden a horse before in her life and he had difficulty with Rusty when he attempted to get on its back.

Mills just wanted to film a promo but Rusty throw him on the ground! We can’t blame the poor horse for backing up because the reporter was pressing very hard to the bits and he had the camera right on his facts. All these circumstances made Rusty respond not in the way Mills wanted.

Horses simply can’t stand it when a stranger tries to ride them without doing the previous groundwork. But people are sometimes very unreasonable and want to try everything, without understanding that they’re putting both horses and his life in danger because the probability to be thrown away is very big.

It is very risky to play around horses, especially when you don’t understand their body language, so please don’t try anything without professional support.  Watch the moment when the reporter gets thrown from the horse in the video below.