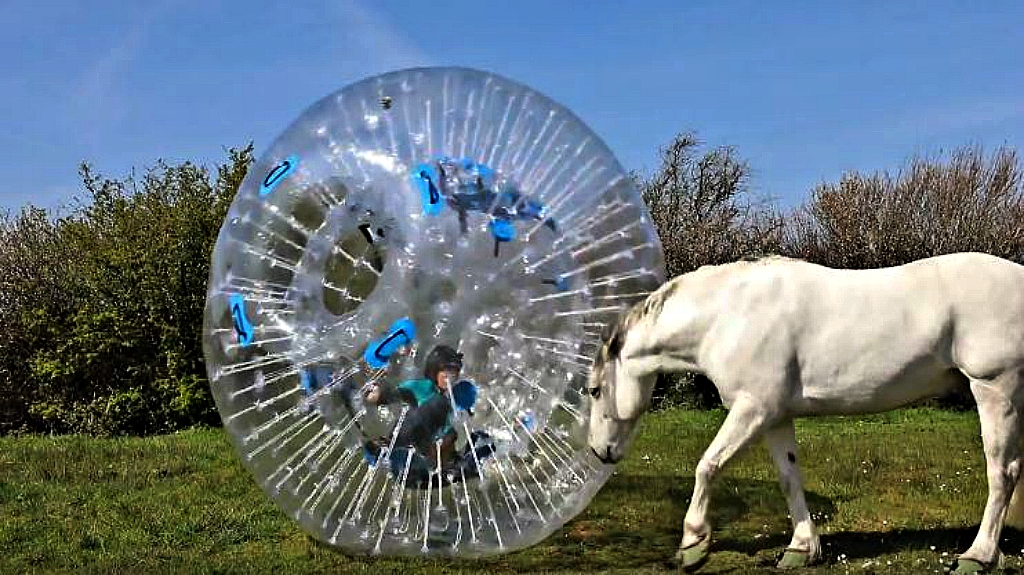 A trainer has swapped rolling eggs down a hill for zorbing this Easter with the help of her playful ponies. Devon-based Emma Massingale’s latest film stars eight-year-old Connemara Atlantis, who has recently returned to film-making duties following a three-year break after he sustained a collateral ligament injury in the field. Emma said Atlantis was a “natural choice” for helping with zorbing, the sport of rolling downhill inside a plastic orb, and he can be seen giving her a push down a slope. 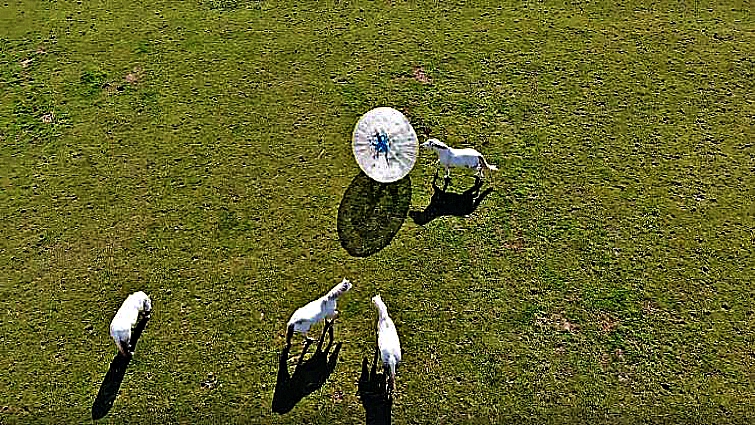 “He is really playful – he was the worst pony to get injured and not be able to do stuff because he just looks at you continuously to say me, me, me!” she said. “Some of the others were quite keen to be involved, but whenever they went near the ball he would say ‘it’s mine, go away’ – he definitely took ownership of this one. We started off by letting the ponies have a look at it, but he was naturally on it so quickly and wanted to do it. 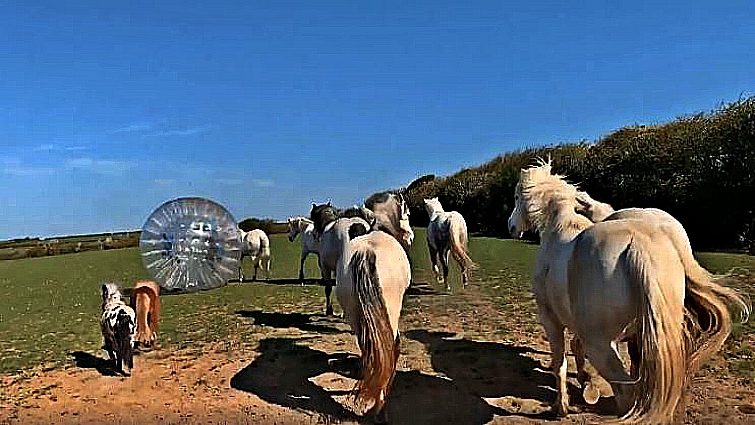 Now I can roll it in the field, jump in it and he’ll come cantering over and want to push it around.” Emma had never been zorbing before the film. “My fiancé Jeremy and I were chatting over making more videos – I love making people smile and I thought this will be fun,” said Emma. “I’d never been in a zorb ball in my life – it’s really quick. It’s funny when you watch the video, it feels much faster when you’re in it.

When you get going quite quick and Atlantis is cantering along next to you and gives you a shove, he sends you flying.” Emma hopes her videos will encourage owners to have fun and said owning horses doesn’t need to be serious “the whole time”. “The ponies are enjoying themselves, it’s easy, it’s a good exercise – it’s a bit of harmless de-sensitizing fun,” she said.