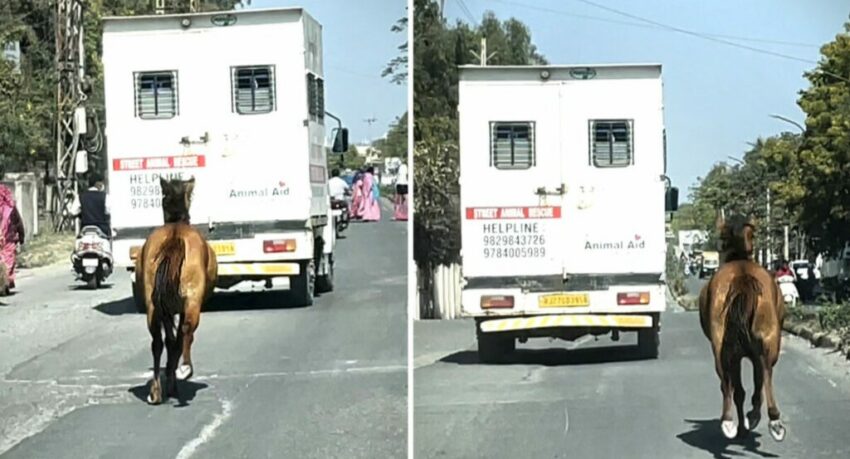 Such a unique and amazing scene was witnessed in Udaipur, Rajasthan, India. Online, on social media, on YouTube, etc., the video has gained a lot of popularity. An wounded horse was lying on the road when a resident of Haridasji Magri in Udaipur city noticed her. He tried to rescue the horse and take her in for care. An organisation’s rescue crew arrived on the scene, loaded the hurt horse into their ambulance, and drove off in the direction of the animal treatment hospitals.

She didn’t want to abandon her hurt sister so decided to follow her to the hospital. She chased the ambulance because of this and eventually arrived at the hospital. The injured horse received care. Additionally, her sister has been kept on the hospital grounds. Many people have praised the viral video as a lovely deed.

However, all in all, this represents unconditional love and the close relationship amongst creatures on this planet. Have a look at the following video for more, let us know your thoughts on this story, and do not forget to spread out the uplifting story on social media with your friends and family in order to make their day beautiful as well.