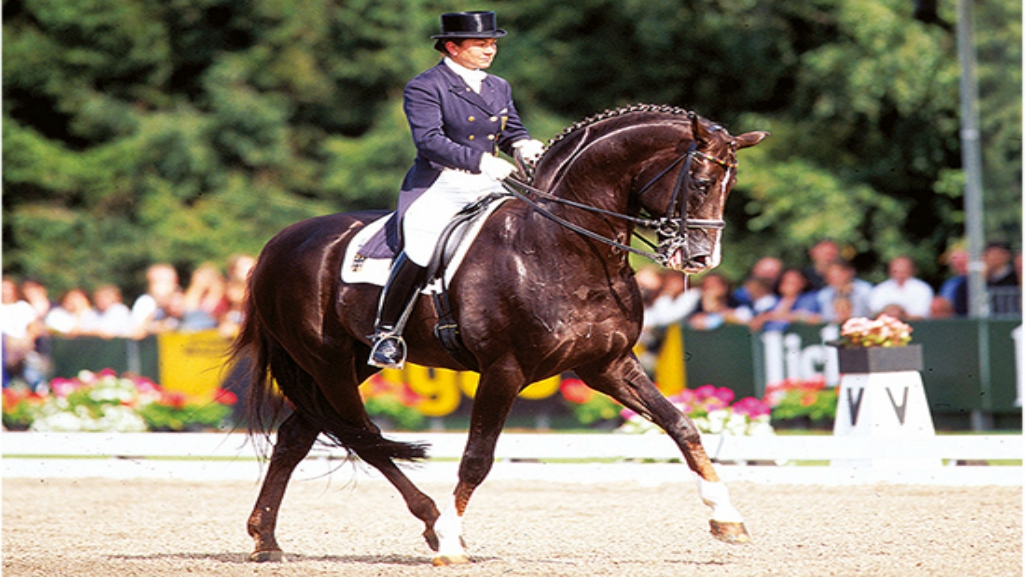 Donnerhall was a dressage stallion who was known not only for having a successful career as a sport horse, but also passing on his abilities to his offspring to become an influential sire. He showed that it is possible to combine a successful breeding career with a competitive career. 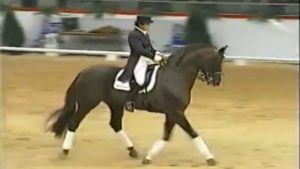 With rider Karin Rehbein he achieved phenomenal success in the dressage ring, winning over 30 international grand prix, grand prix special, and freestyle classes. He retired in 1998, after many years at the top of international level dressage. Donnerhall is deeply revered by dressage riders.  He was gorgeous, but to be honest what impressed me most was the crowd’s adoration of this old gentleman. He was not known so much for his gaits as his rideability and talent for dressage. 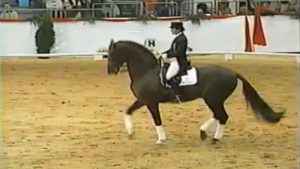 What you are going to watch below is two videos, one is a tribute for Donnerhall and the other one of his greatest performances. Donnerhall was the original ‘professor’ of the German team and sometimes he looks like Valegro especially when performing the piaffe movement. His movements were really amazing and always stunned the crowd. Watch the videos!