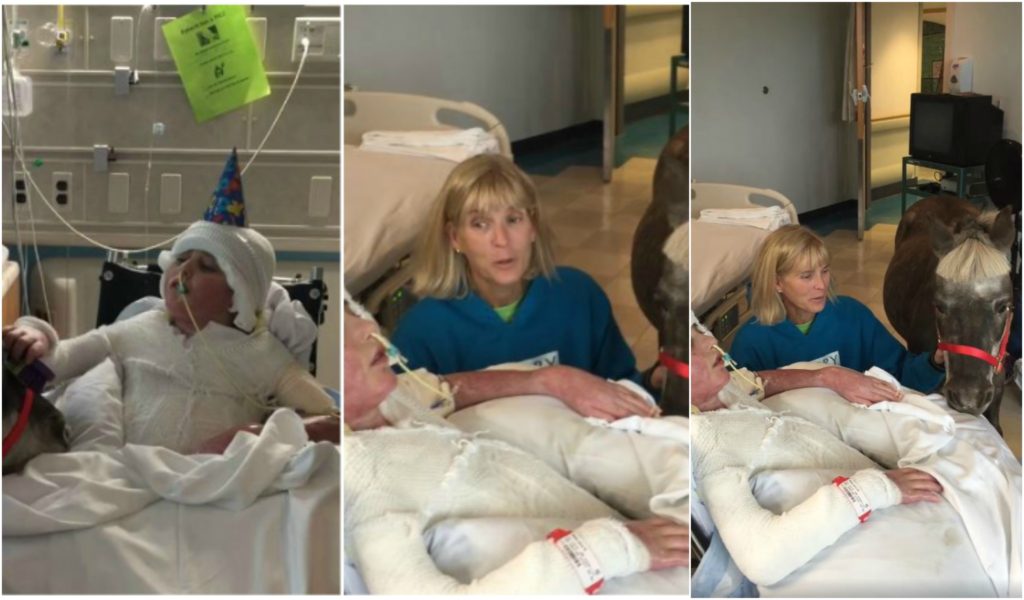 It’s always amazing to see how animals affect our moods. Just holding a dog or a cat feels like it lifts our worst moods sometimes. And for the children in the hospital at Akron Children’s Hospital, there is nothing better than having a visit from Petie the pony, a mini Shetland therapy pony. 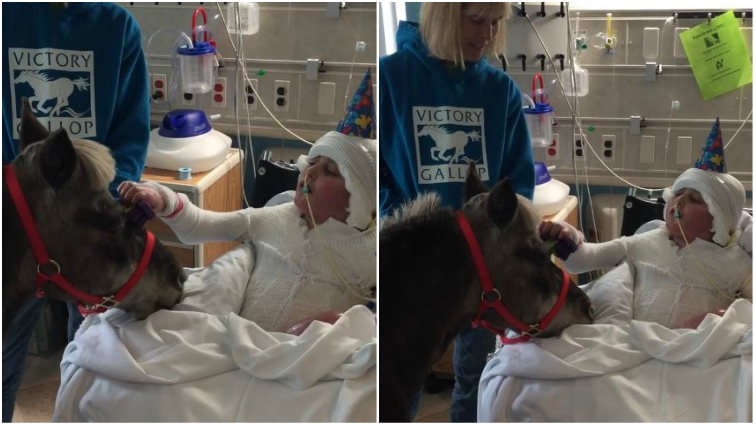 Just short enough to put his head over a hospital bed, Petie visits children every single day. He’s more than happy to hang out and be pet, brushed, and groomed until he shines. And it is very clear he loves his job, even after almost 20 years. He’s been at it for a long time and has personally helped hundreds of patients during their hospital stay. 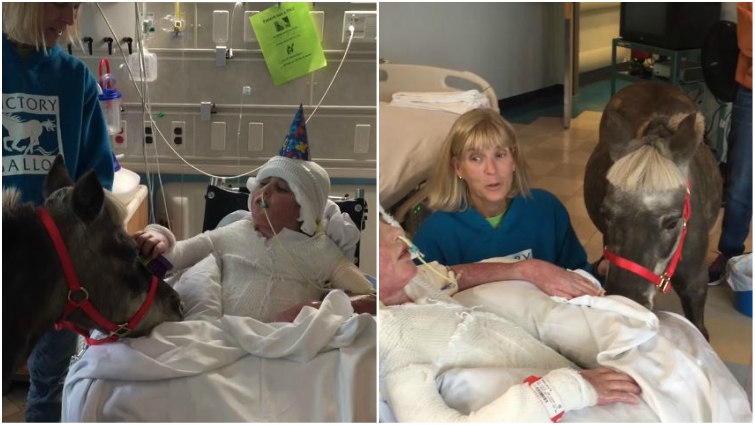 He forms a special bond with all of them after he gets to know them, and his big brown eyes always bring a smile to everyone’s face who meets him. Petie turned a quarter of a century old in human years, and his handlers decided to throw him a birthday party at the hospital to celebrate.

They all put on birthday hats and sang “Happy Birthday” to Petie on the guitar. Petie obviously loved all the attention, especially when he gets a few pats on his nose from his favorite patient, Jerry. Here’s to Petie being around for another 25 years!

Petie turned 25 today! He visited his fav patient Jerry, who's brushing his hair as part of therapy. Check out our #InstagramStory about his visit. Happy birthday, Petie!Thanks to Victory Gallop for sharing him with us since 1997.