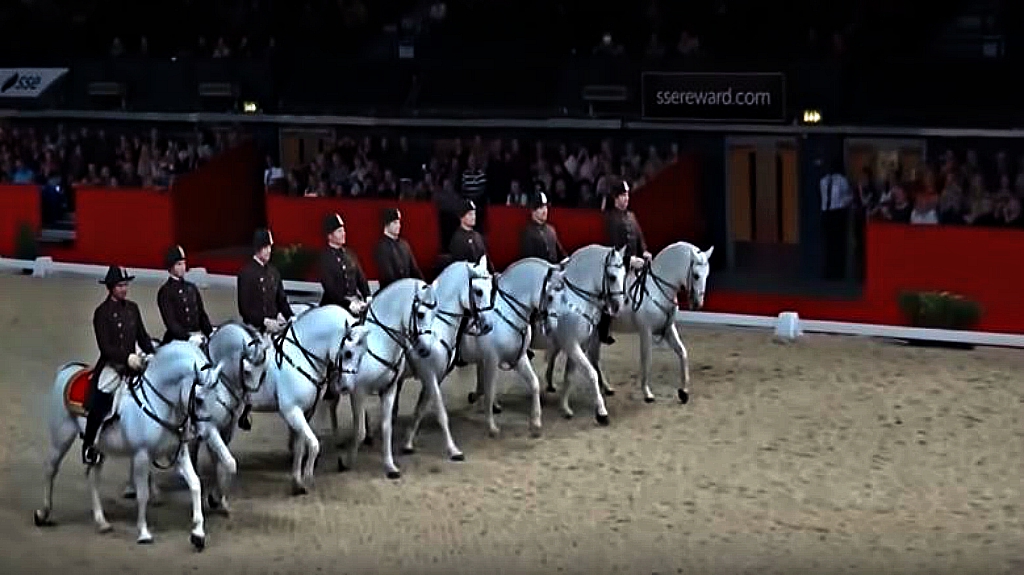 Today we are going to show an amazing performance by the Spanish Riding School of Vienna. They are known worldwide for their magical classical dressage and the training of Lipizzaner horses, based in Vienna, Austria, whose beautiful performances have also become a tourist attraction. I’m pretty sure you all have heard about the Lipizzaner breed.

This magnificent horse is known for its glistening pale coat and grace at performing marvelous dressage. If you grew up an equestrian, you must have learned about them firstly from Disney’s classic movie Miracle Of The White Stallions. But many years before the story that the famous movie shows, the Lipizzaner breed dates way back to the 16th century, where they were first bred as the personal mounts of the Hapsburg monarchy.

A lot of people get confused but the Lipizzan’s color is gray, not white and many of you probably don’t know that they are initially born dark and slowly lighten with age, not accomplishing the “white” coat for which they have become famous in the whole world until around 6-10 years of age.

The Lipizzan Association of North America tells that bout 200 years ago, you could find the Lipizzan in black, brown, chestnut, dun, and piebald. These days the Lipizzan horse fans still get a black or a brown every once in a while. It is believed that there are just 10,000 Lipizzaners on four continents (Europe, America, Africa and Australia). Below we have chosen the wonderful performance of the Lipizzan horses and their riders at Wembley Arena.