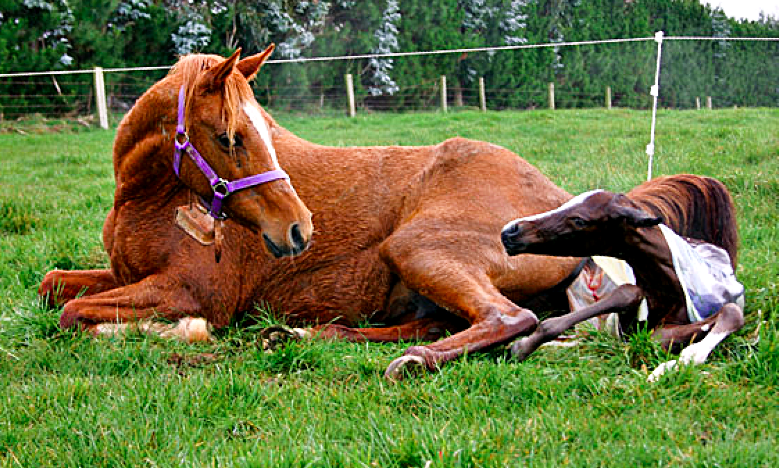 Something very interesting that distinguishes horses from each other is their unique colt pattern all over their bodies. It is true that the first thing that people look at is skin color that helps them recognize a certain breed immediately because there are also breeds who do not have those patterns over their bodies cause their color is unified. 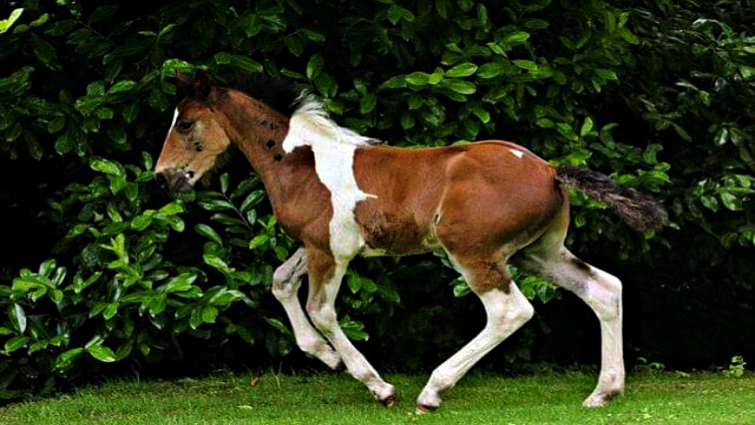 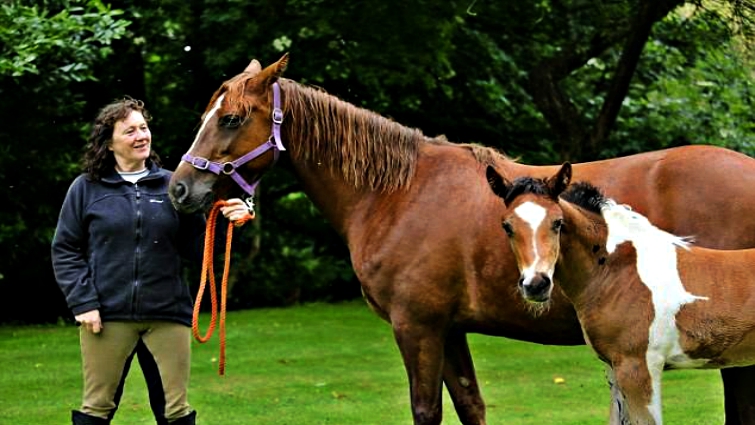 Usually, the patterns are so abstract, I like to call it a beautiful mess. The markings are distributed all over the horse’s body irregularly, however, it looks very artistic and at the same time, make a horse easy distinguishable compared to other horses. The foal that we are going to talk about is very special compared to the others. I just spoke about irregular patterns that do not mean anything but this adorable baby foal is different from all the others because of a very unique marking he has on his body.

A lot of people would say that it is photoshopped, but it is actually very real. I couldn’t believe it when I saw it for the first time, a horse-shaped white marking on his body, it looks like a mini horse pictured on a horse’s body. Let’s get to know this unique little foal named Da Vinci a little better. DaVinci was born at the Fyling Hall School close to Robin Hood’s Bay in the UK.

The gorgeous campus is like something out of a Harry Potter novel, with sculpted topiaries, rolling hills, ivy-covered walls, and pony-grazed fields. Even the Georgian stone manor house and burgundy school uniforms would be right at home at Hogwart’s! Everyone likes to call him Vinny and he turned out to be one of the most favorite horses of the Flying Hall School.

The simple write-up by the Whitby Gazette led Vinny to become an international celebrity-horse when his photos went viral. People just could not get enough of the special little foal and his incredible markings! Even after looking at his body multiple times, I can’t believe it is real. He is a very social foal and loves to be around humans but on the other hand, he is a grumpy eater too. The video below is all about him. If you want to discover more about Vinny. make sure to watch it and let us know what you think about it!