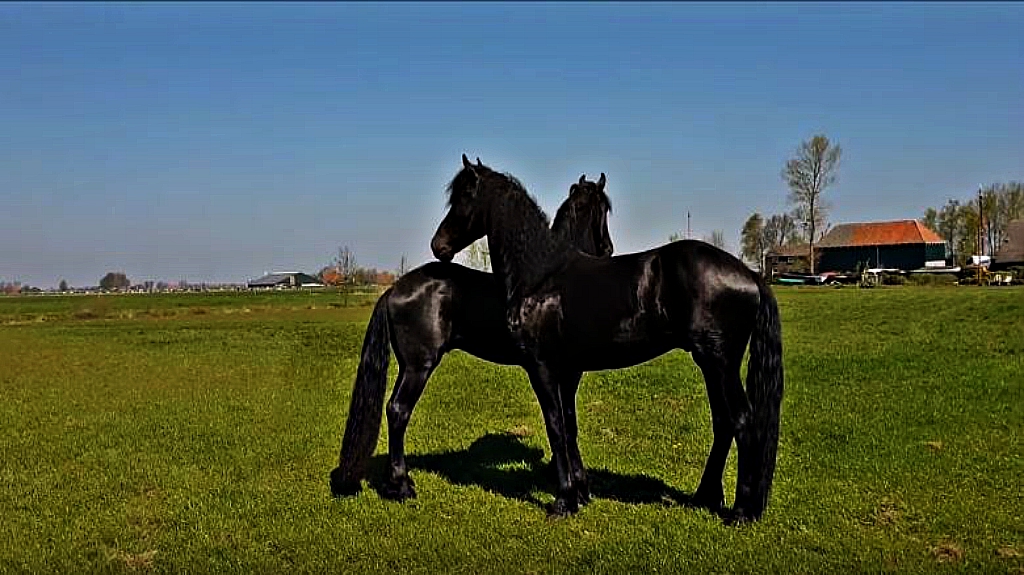 The Friesian horse is a breed originating in Friesland, a province of the Netherlands. They were initially thought to bred as a draft horse but they are graceful and nimble for its size and later. The legends say that During the Middle Ages, Friesian’s ancestors were in great demand as war horses throughout Europe since they were very big and their size enabled them to carry a knight in full armor. 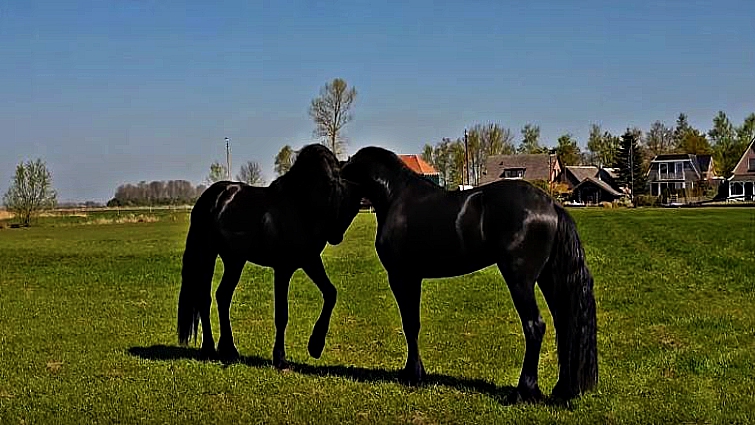 The breed nearly became extinct during different times of their long history but now the impressive Friesian horse is growing fast in numbers and popularity, proving to excel in harness and most recently also into the field of dressage. The Friesian is known worldwide for its black color and luxurious mane, long tail, and their beautiful feathers. 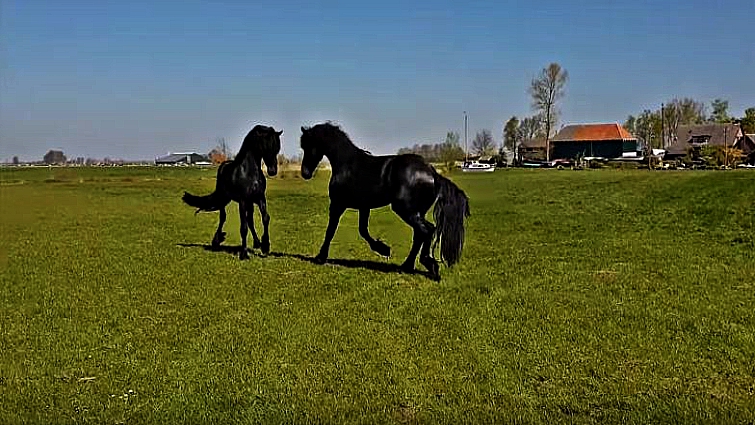 The original breed has no markings of any kind. Registries allow only a small star on their forehead for purebred conformance. The Friesian’s average height is about 1.60 m and mares must be at least 1.57 m tall to qualify for its special ‘star-designation’ pedigree. The Friesian is very active, and energetic but gentle and very kind.

They have great presence and carry themselves very proudly, looking just like fashion models with their good bone structure and their shiny hair. In the video below these stunning creatures meet each other for the first time and although people were afraid that they would be aggressive, they were gentle and enjoying each other’s company. This video is definitely poetry in motion.