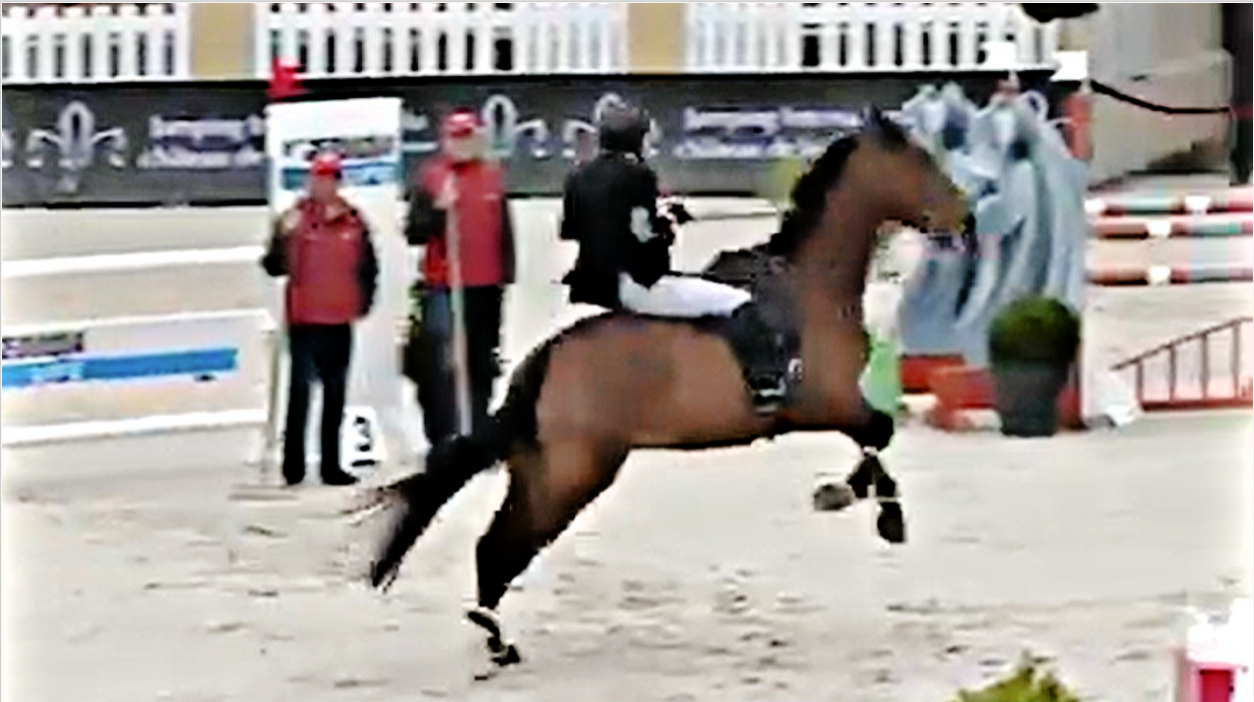 Riding isn’t easy and you have to go through a lot so that you can become a professional rider. Even then there are moments when you just can’t control your horse as they are really unpredictable. There are riders out there who think that controlling a horse is all about pulling hard on the reins and the rider in the video lost it when his horse didn’t respond to him.

The guy was competing in showjumping when the horse just bolted and as he didn’t know what to do he pulled so hard on the reins which in turn resulted in an unexpected reaction of the horse. His tack probably was bad and that caused the horse to bolt. Then he tried to take control of it by pulling on the reins but this caused something even more unpleasant as the horse just ended it by jumping the gate from where the competition starts and end.

This sensible horse wet straight for the exit as he didn’t want to jump any more. The rider is supposed to be in charge of the horse but this mount surely needs a few more lessons. What do you think about this? Watch the video and share your opinions with us!