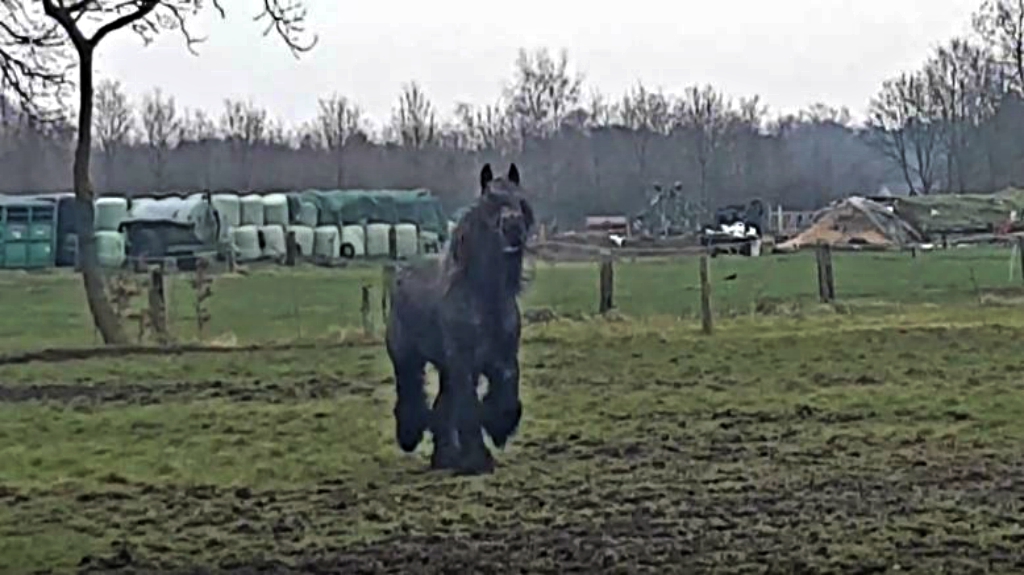 I am pretty sure that you all agree with the fact that horses are one of the most intelligent animals in the world. Sometimes, it is difficult to believe that your horse is capable of such things as calculations or even being able to open a stable door or remove the bridle from his face. That’s right, we tend to highly underestimate them, for some people it is hard to believe that they can even understand what we say and react based on our words.

Not only beautiful and intelligent but sassy and confident too, this is the best way how to describe a horse. You can see all of these characteristics of a horse by simply watching the video below. The Belgian Draft below is not only beautiful but he also moves around in full confidence. His mane is an additional value to his unique beauty. However, he is a well-mannered animal as well. Whenever his owner calls him, he will listen and run towards him.

That’s what he is doing in the video below as well. The owner doesn’t even have to say anything. He simply needs to whistle and his beautiful black draft will get close to him. However, there are also other horses who are not as well-mannered. Some of them would fully ignore their owner and they continue doing what they like to do without any hesitation.

I remember the horse who was about to compete in a very important event but the vase with flowers stole his attention from the important event and all he had in mind was eating the flowers in the vase. At that point, nobody could do anything anymore to get his attention back. Despite having a lot of similarities, horses can also be very different from each other as well. Please watch the video below and let us know what you think about this gorgeous Belgian Draft.