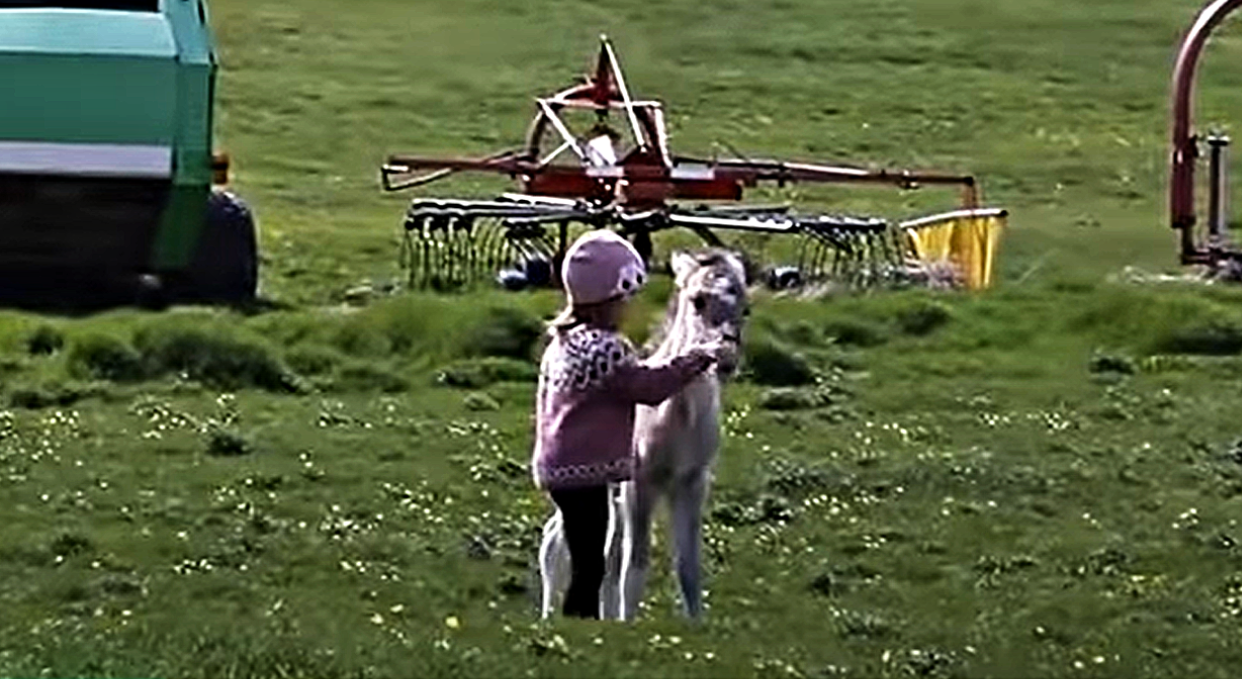 One of the most beautiful connections ever is definitely between children and young animals. A lot of children get to spend a lot of time with animals, even more than their parents as now it is way usual to have an animal as a pet as it was decades ago, hence most of the generations now are way more in contact with animals compared to the previous generations. 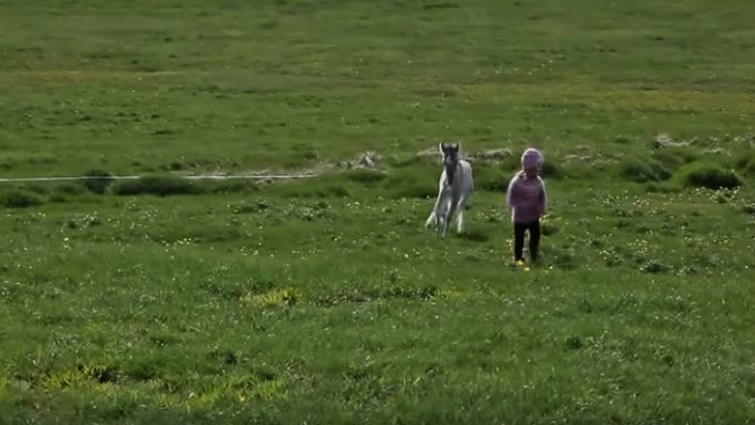 In urban areas, it was very unusual to see animals walking down the street and compared to now where you see a lot of owners going for a walk with their pets, mostly dogs as they are the most popular animals raised even in urban areas. With horses, the situation is different as they are not as popular as dogs as pet animals, however, there is still a huge number of these younger generations who have shown a great interest in horses, even children whose families have nothing to do with them. 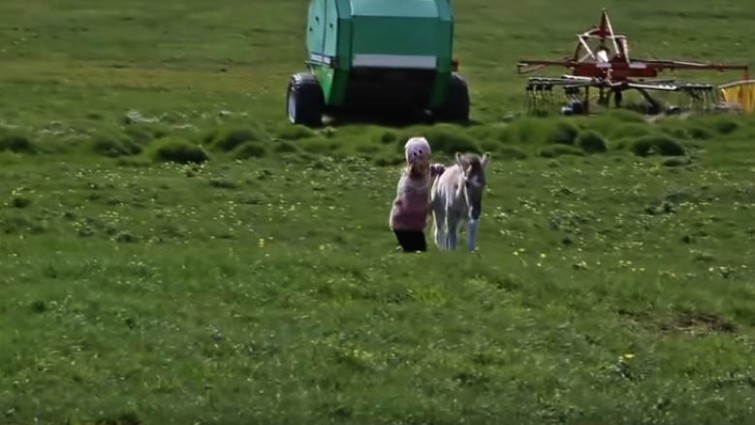 I am pretty glad that there is such interest shown as it will be reflected very soon in the future of the horse world. I really do believe that it looks really bright and a lot of children will be dedicated to horses full time in the future. Now let’s focus on this beautiful girl in the video below who is absolutely gorgeous and most important, she has a very special friend who loves her so much, a rescued foal named Brogi.

Gigja Einarsdottir and her family rescued a foal after it got stuck in a fence two years ago. Her four-year-old daughter struck up a friendship with the foal and Gigja caught in on film. Gigja and her family were warm in their home and were getting ready to watch the European Song Contest when a neighbor called them and told them about a foal stuck in a fence near the farm.

Although it was a cold and stormy night Gigja didn’t hesitate a bit to go out and search for the poor animal. They took him and then fed him as he was starving. What was most surprising is the beautiful connection between Brogi and Gigja’s daughter. It was an immediate connection as soon as they saw each other. Please watch the video below and watch one of the most beautiful tender moments ever.