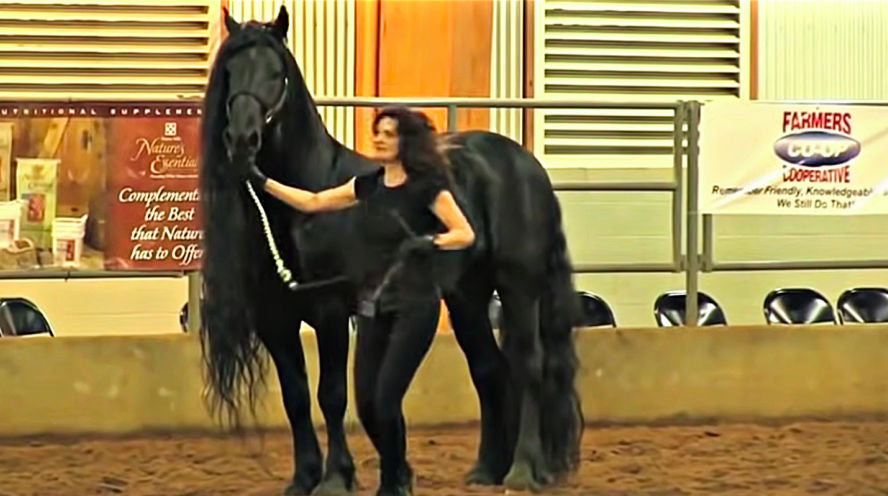 If it is something that we can all agree is the fact that horses are very gifted compared to the majority of other animals, if not all, when it comes to natural beauty. It is really difficult to ignore a stunning horse in front of you, even a lot of horsey people who have barely seen horses in their lives agree with the fact that horses are simply amazing. 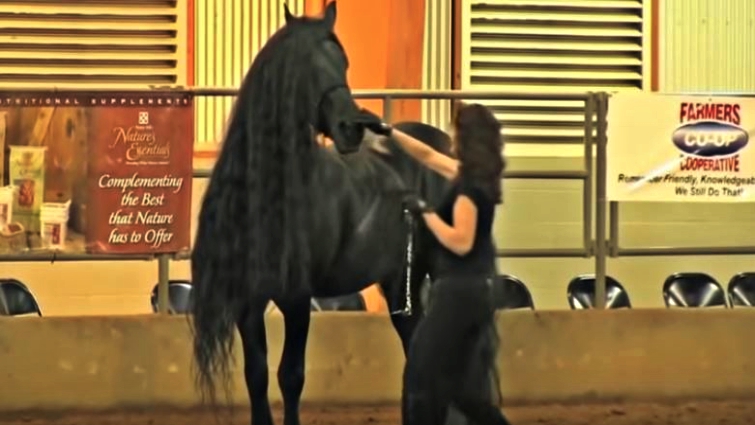 Being more specifically, everyone has personal preferences of different horse breeds, however, this beautiful Friesian in the video below is considered to be one of the most beautiful horses. 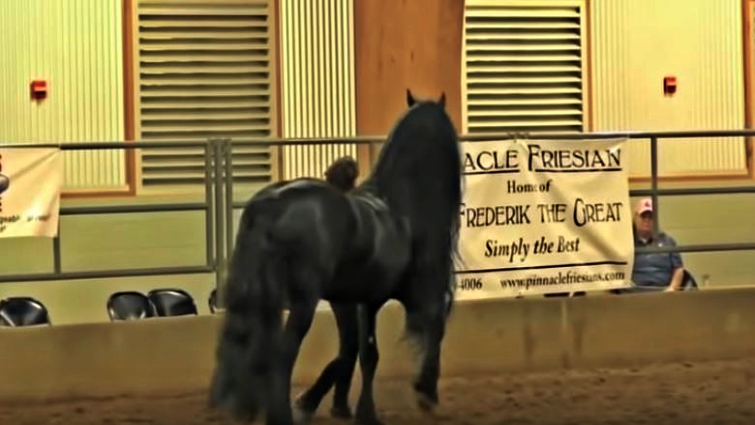 His name is Frederik the Great. Frederik the Great is a Friesian stallion that lives on Pinnacle Friesians, a farm in Arkansas’s Ozark Mountains. He was imported to this farm from the Netherlands when he was six years old. In May 2016, he became known for unofficially being the “world’s most handsome horse”. He is named after the 18th-century Prussian monarch Frederick the Great.

Since then, he has appeared on the Late Show with Stephen Colbert and received offers to appear in films. It is also worth mentioning that James Corden, the host of The Late Late Show was really impressed by the beauty of Frederik. He couldn’t even believe that his beauty was real, that’s why he continued talking highly of Frederik for a few minutes. His mane and tail are some of the most beautiful ones I have ever seen.

As you can see in the video below, the way he moves around is simply amazing and you can tell he feels so confident about his performance. Frederick the Great is one of the most captivatingly stunning horses on the planet. His grace and stature are rivaled by no other and the way he appears to effortlessly be dancing on air is poetry in motion.

It is really difficult to find a way how to describe him. No wonder why he was considered to be the most beautiful horse of 2016. I adore his sassiness, he definitely has something really special that other horses don’t have. Please have a look at the video below and let us know what you think about this amazing horse.