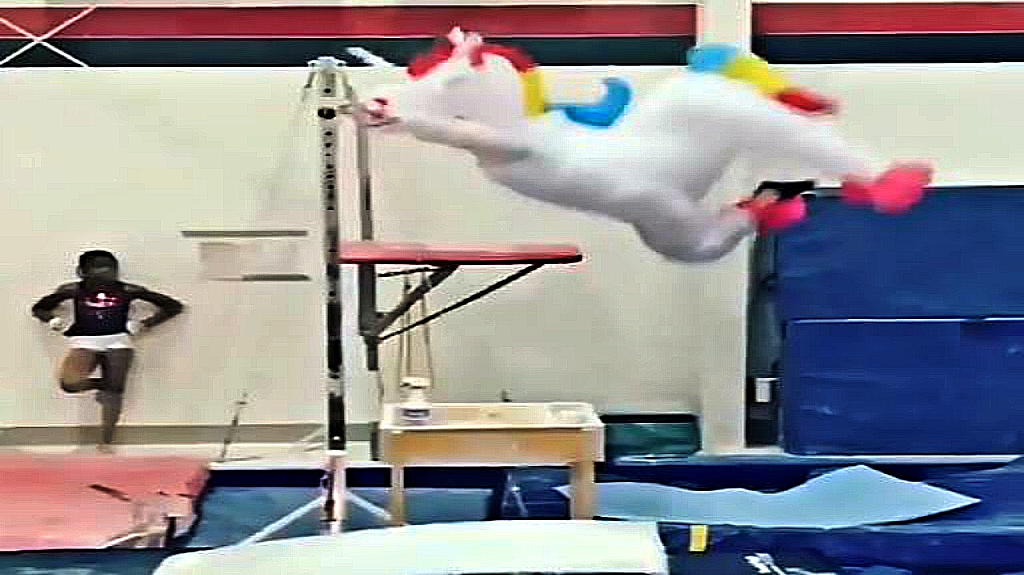 I know that you have all watched a lot of gymnasts on the television or during Olympics games, but have you ever watched one dressed like a unicorn doing all those crazy moves that we are used to be watching? If you haven’t done so, this is your opportunity to watch one of the most hilarious videos. 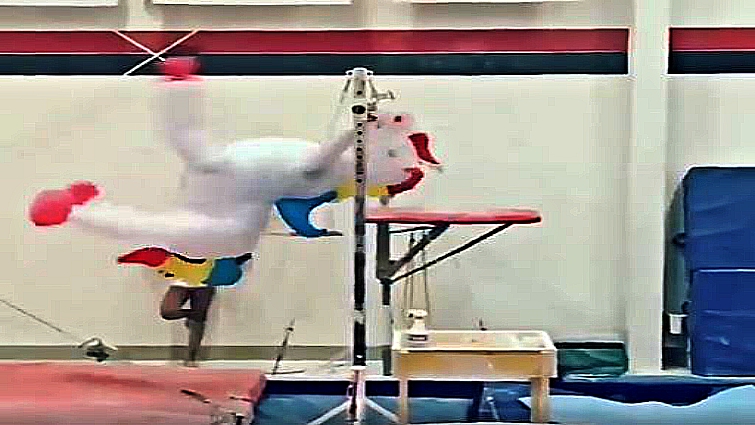 This man in the video is doing his usual practice at the gym with the parallel bar, but this time he decided to make things more interesting for him and everyone else who was training with him on that day. 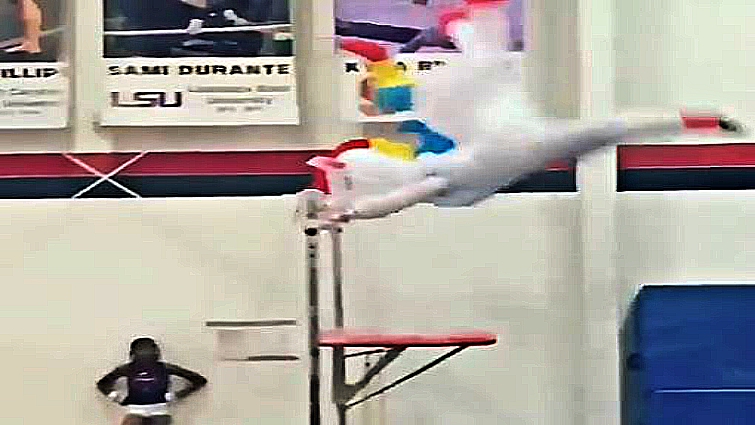 The man wore the unicorn suit, putting his legs on the front legs of the suits while the back legs where standing inflated by itself. After he wore the suit, he started moving on the parallel bars over and over again which made it such a funny thing to look at.

Everyone in that gym couldn’t stop laughing including the person who was wearing the suit himself. It would be such a good idea for them to start giving kid shows and making this a permanent thing. A day like this one never gets boring.

Unicorn at The Gym

Posted by PegaseBuzz on Thursday, January 17, 2019