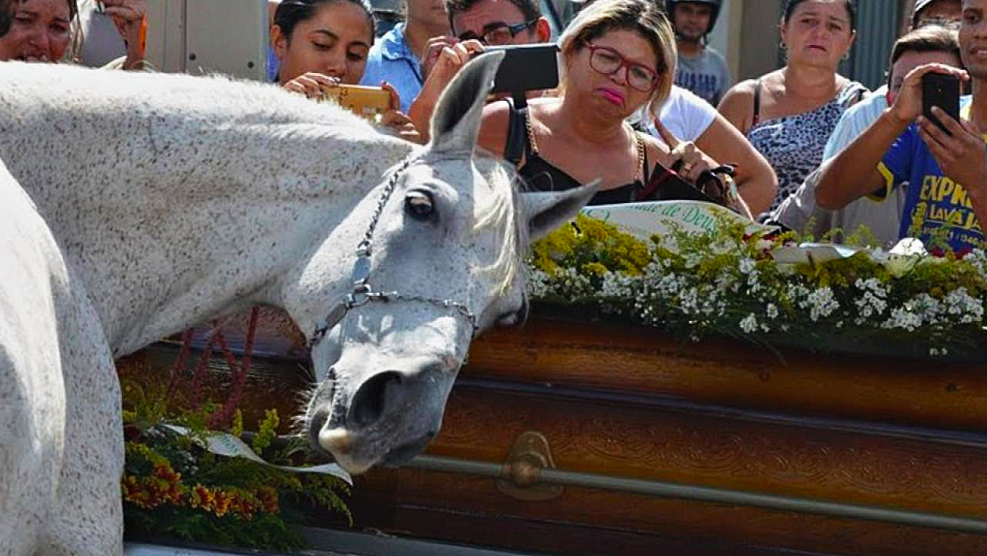 The most touching moment for an equestrian and his horse is the moment when they are separated from each other. Sometimes they are separated for understandable reasons, in cases where the horse or the owner have been around for too long and nature sets them apart but the story we are about to tell today it’s not one of them.

It’s a heartbreaking story that tells the story of a horse owner who passed away at a young age. Wagner Lima died in a terrible motorcycle accident at the age of 34 in Paraiba, Brazil. Lima’s brother immediately knew that his best friend, a horse named Sereno, deserved to attend the funeral.

When the vehicle transporting the casket pulled up at a group of mourners, Sereno seemed to know Lima was inside there and he reportedly smelled around the coffin and then laid his head on it, as if he knew he was greeting for the last time in his life. He also wept during the whole procession to the cemetery.

All equestrians know that the connection between a horse and its human is absolutely unbreakable, even in death. One of the main reasons we can all relate to this emotional story so well is that we know that horses’ emotions are so noble and pure. We wish that Sereno and Wagner’s brother will be able to find compassion in each other, as they both shared a profound connection with a special person that they lost. Rest in peace Wagner! Please share this footage with your friends on social media!