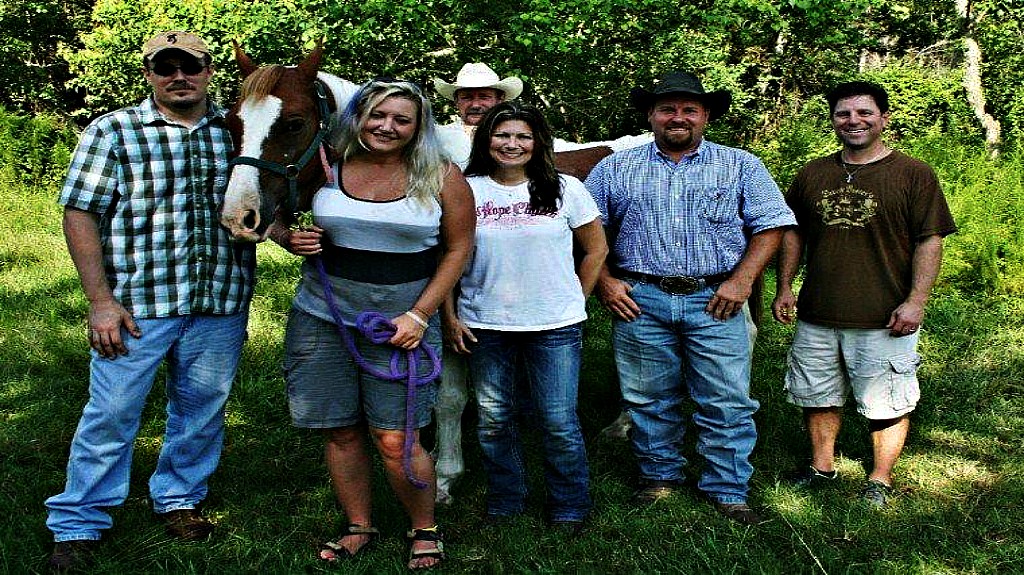 There is nothing more emotional than reuniting with your loved ones, especially when you haven’t seen each other for 10 years. This is the incredible story of Michelle Pool, 40, an accountant and horse trainer whose horse was stolen from her ten years ago. Her lovely horse, Opie, had been stolen from her father’s pasture in San Antonio, Texas while Pool was healing from March spinal surgery. 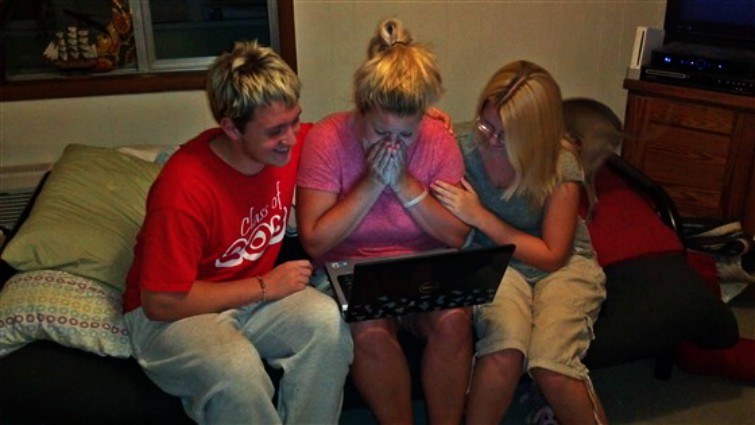 They looked all over for Opie but some mysterious people had cut the fence and took him in a trailer. Pool was devastated and immediately reported to local police and to Stolen Horse International, an organization that reaches owners with missing or stolen horses. She also posted fliers everywhere in San Antonio and the neighboring area. Eventually, as the years started to pass, she began to lose hope. 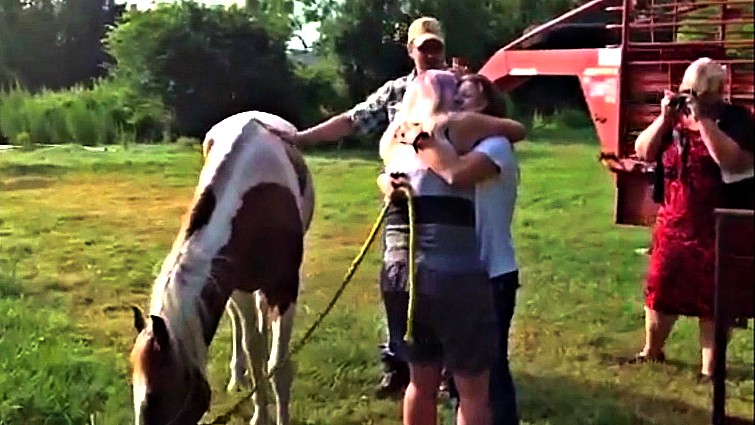 Meanwhile, Opie was mistreated until a woman named Braden, 53, adopted him after a pastor asked her to take him in. Poor Opie was very scared, thin and it was obvious that he had been through some serious mistreatment. He was scared from ropes of any kind. But Braden took such good care of him and slowly he blossomed into an excellent riding horse.

In 2012, after taking care of him for 8 years, Braden decided to sell WarBonnet and placed an advertisement on Craigslist. A woman who was looking for a new horse found Opie on Craigslist and went online to research him. Eventually, she noticed a report of the horse on netposse.com and contacted Stolen Horse International, which then reached the Liberty County Sheriff’s Office.

As soon as they contacted Pool to tell her the exciting news that they had found Opie, Pool started crying and was in complete shock. Now, Pool is taking things slowly with Opie and is making sure to spend as much time as she can with her beloved horse. What an incredible reunion!