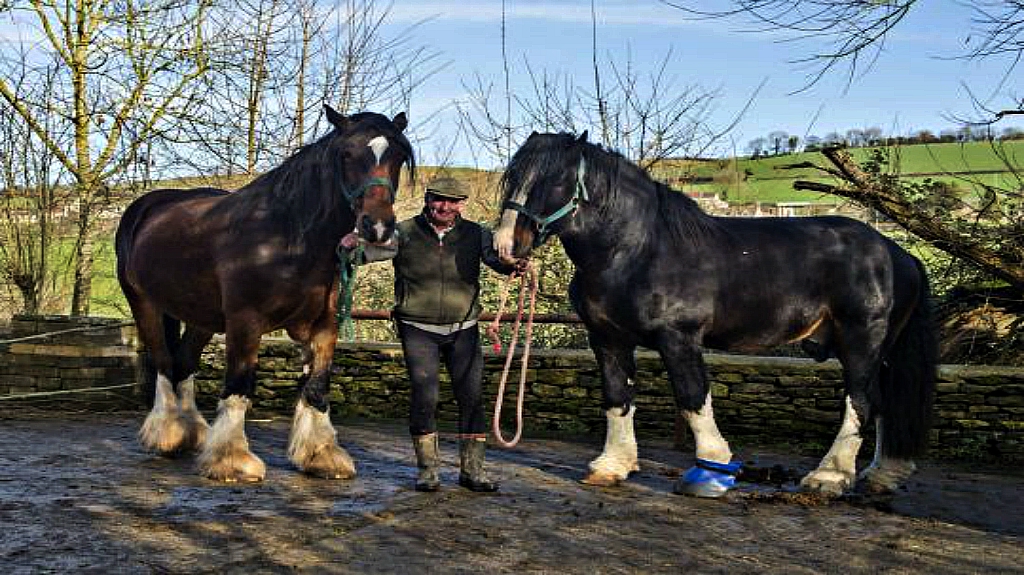 A horse managed to revive its stablemate that was about to be put down after her owners tried unsuccessfully to get the animal to its feet in a six-hour operation. The shire horse, called Beatrice, was found collapsed in its stable after suffering equine colic, which is severe abdominal pain. Due to the horse’s weight and size, the longer the mare remained grounded for the more at risk she was of succumbing to fatal organ failure. 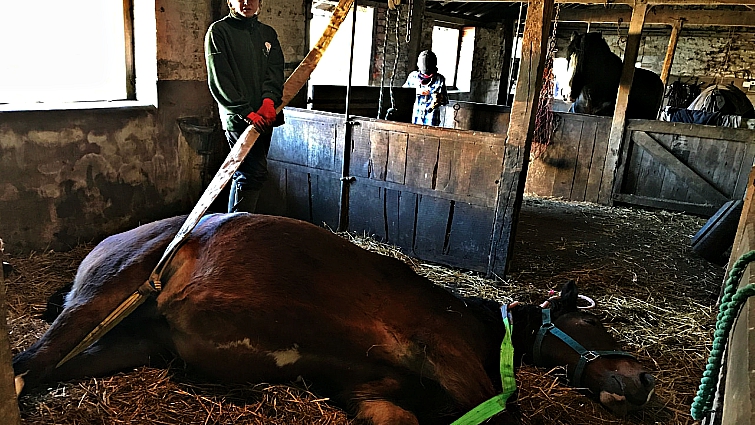 Owners Donald MacIntyre and wife Jane Lipington and four farmworkers had repeatedly tried to stand the one-tonne horse using a strap tied to a tractor, but it was too heavy. Due to the horse’s heart rate and blood pressure rising to dangerous levels, the couple gave the 16-year-old horse a deadline of when she would have to be put down. With 20 minutes to go, Ms. Lipington remembered Beatrice’s companion Beau needed to be let out and opened his stable door for him. 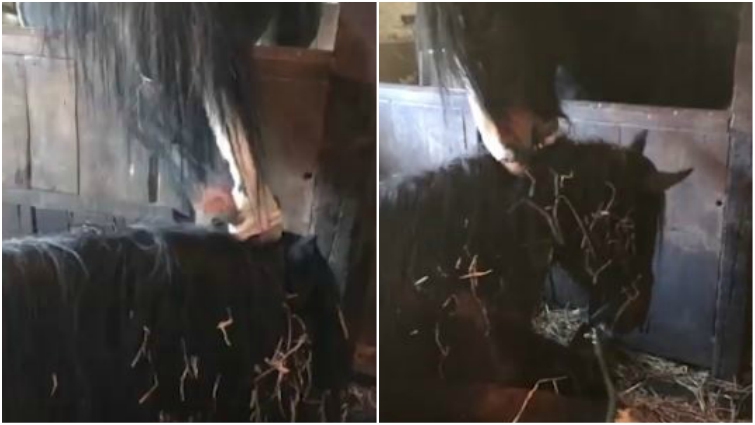 Instead of going into the yard, the stallion approached its stablemate and lowered his head and neck over the partition wall. He began repeatedly biting Beatrice’s neck and lifting its head up. Beatrice then rolled over on her other side and stood up. The horse has since made a full recovery. Ms. Lipington, 60, said: “It is absolutely astonishing. We were prepared to lose her and had arranged for her to be put down but Beau knew what to do. “As we were walking her we phoned to cancel her being put down.

It was that close. Our vet was astounded. “We are used to seeing extraordinary interactions between the horses but we have never witnessed a horse saving another’s life. “Beau achieved what six hours of human endeavor with straps and machinery had failed to – he managed to lift Beatrice up off the floor which has allowed her to live on.” The couple has 23 shire horses on their farm in Langridge, near Bath, Somerset, and breed the rare species. Beatrice and 11-year-old Beau have been mates for four years.

A horse managed to revive its stablemate after her owners tried unsuccessfully to get the animal to its feet in a six-hour operation.Read more: http://tgr.ph/JdrqqI