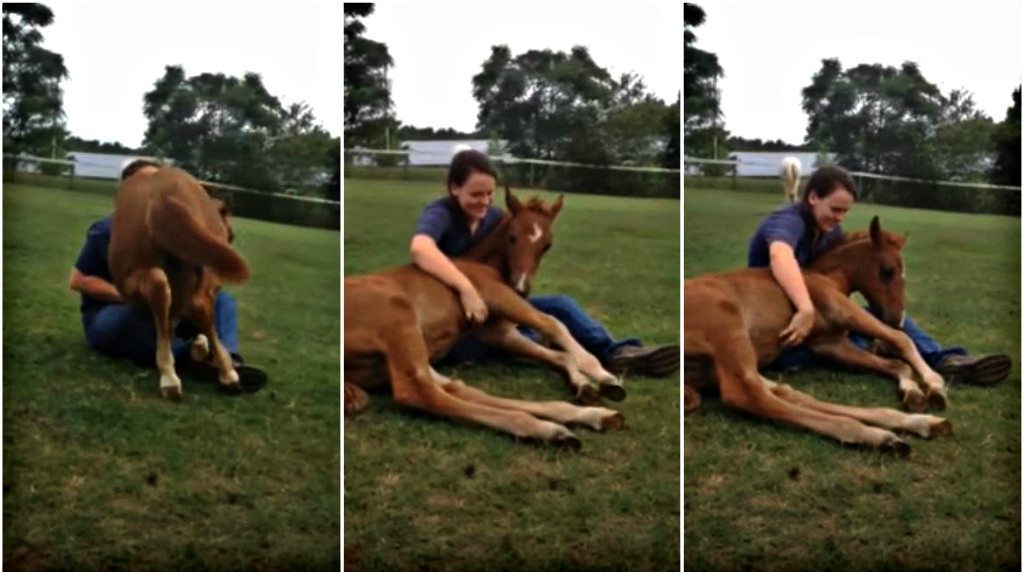 Every single day, a lot of different animals meet each other, either as wild or domesticated animals. A lot of people who own a lot of animals from different species have noticed that these animals are selective in the friendships that they are creating other than staying in huge groups altogether. It is the same as it is with humans, right? One of the most typical friendships is the one between horses and dogs. Given the similarities that both animals have, it is quite logical that these animals create this type of friendship in the majority of the cases. 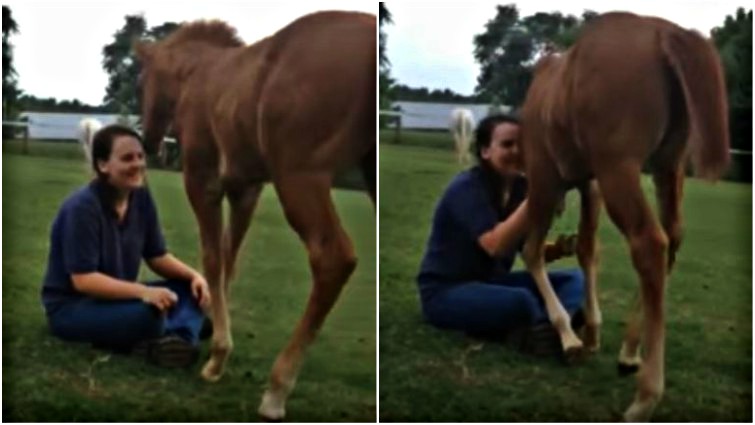 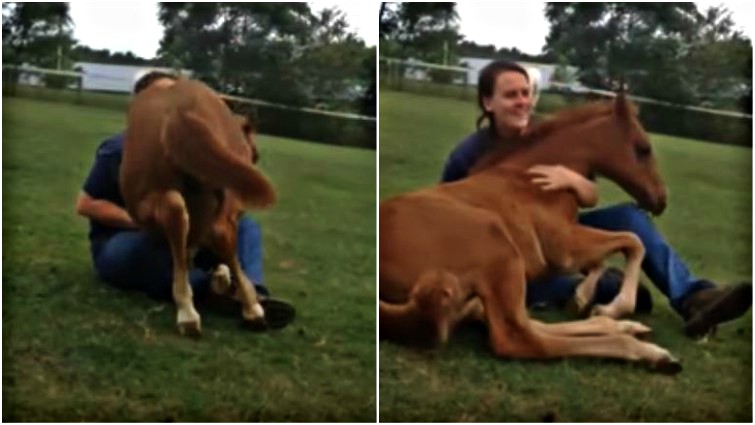 It is a duo that people love watching which is reflected in the audience’s response when they get to see the two animals together. While spending so much time together, these two animals tend to imitate each other quite a lot, most of the time dogs imitate horses but in the video that you are going to watch, it is quite the opposite actually. There is a horse, more specifically a young foal who loves dogs and apparently, she loves the way they behave as well.

I am talking about this baby foal named Zinsser. It turns out that this adorable little horse must have been told that she’s actually a tiny lap dog! And when you watch the video below, you’ll easily agree when she flops down right on her owner’s lap, she just has to be one of the sweetest little horses you could ever hope to see, just don’t tell her that! Her amazing owner must have told her a lie because baby Zinsser seems absolutely sure that she’s a baby dog instead!

You can also tell that Zinsser is totally in love with her owner. I would feel very lucky to have a horse that loves me as much as Zinsser loves her’s. She is so adorable and I am pretty sure that she will grow up and become one of the most adorable mares that you have ever seen. What do you think about Zinsser? Does your horse have a similar reaction? Let us know in the comment section!