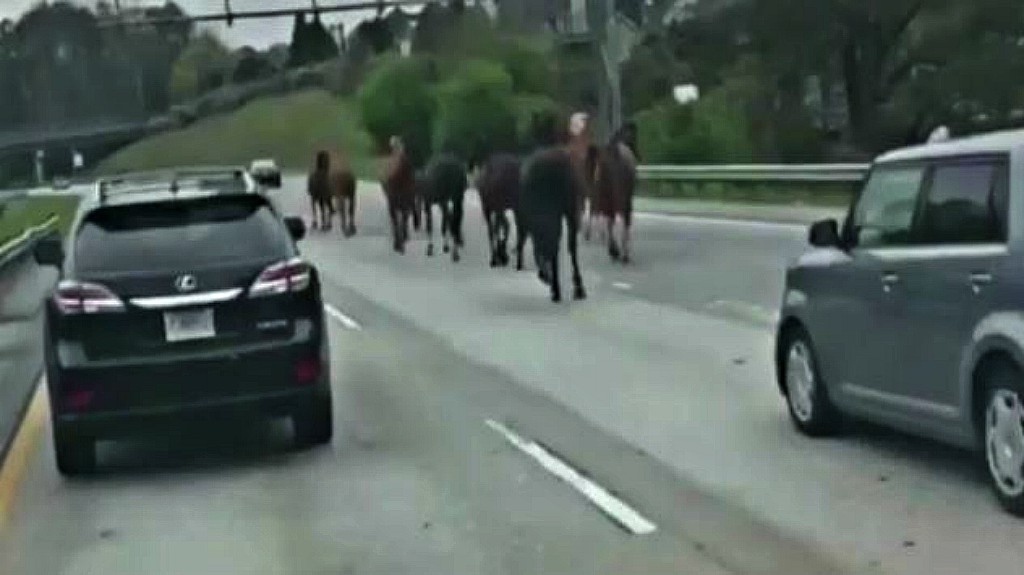 As almost all of you, if not all, are horse owners, have you ever felt like your horse might get easily in danger? I am pretty sure that a lot of people believe that as long as horses are home or near home, there is no reason for them to be in danger. Also, while going for long rides, have you ever been disturbed or scared by all the cars walking in front/ close to you? Well, it is quite normal, because those streets or highways may be very dangerous as the horse might get easily scared by the cars. On the other hand, there are a lot of people who do not respect the speed limit nor drive carefully, which makes it even riskier for the horse. 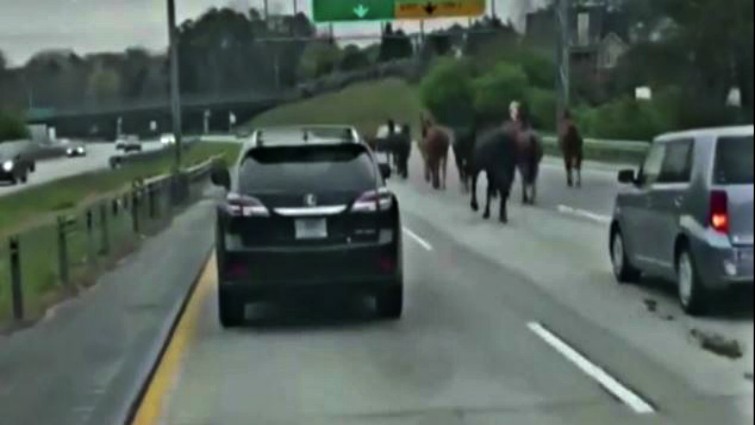 Now imagine, how dangerous would it be for a group of horses like this example in the video below? Quite risky, I would say and I am here to prove it. Atlanta commuters had more than the average traffic woes to worry about this past weekend. A herd of horses from Little Creek Horse Farm decided to take advantage of an open gate and wreak a little havoc. They left the safety of the pasture and found their way over to a busy highway. The horses ended up blocking cars on Highway 78 near a popular mall, but thankfully police were close on their tails. 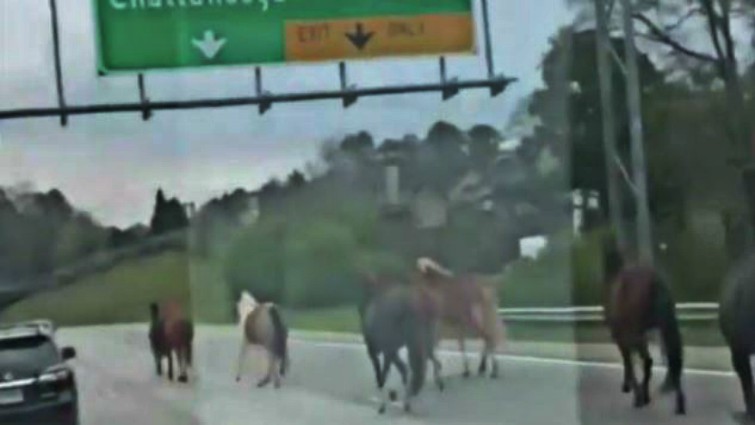 Dekalb police learned about the extra horsepower making the mayhem on the highway, and they were quick to respond. The usually fast-moving road was at a standstill while curious drivers watched the scene unfold and stuck their phones out open windows to catch everything on video. The horses traveled far and fast, and it took a team of farmworkers, trainers, a few helpful commuters, and police to get them off the road.

Traffic was stopped to ensure the safety of both horses and people, and there were no injuries or accidents. Everyone on the road that morning made it to their destination with a story to tell. As I said, such situations might get very risky but thank god, this happened not to be the case this time, even though at the beginning, what I mentioned might have led you in the wrong direction. Please have a look at the video below and let us know what you think about this situation.