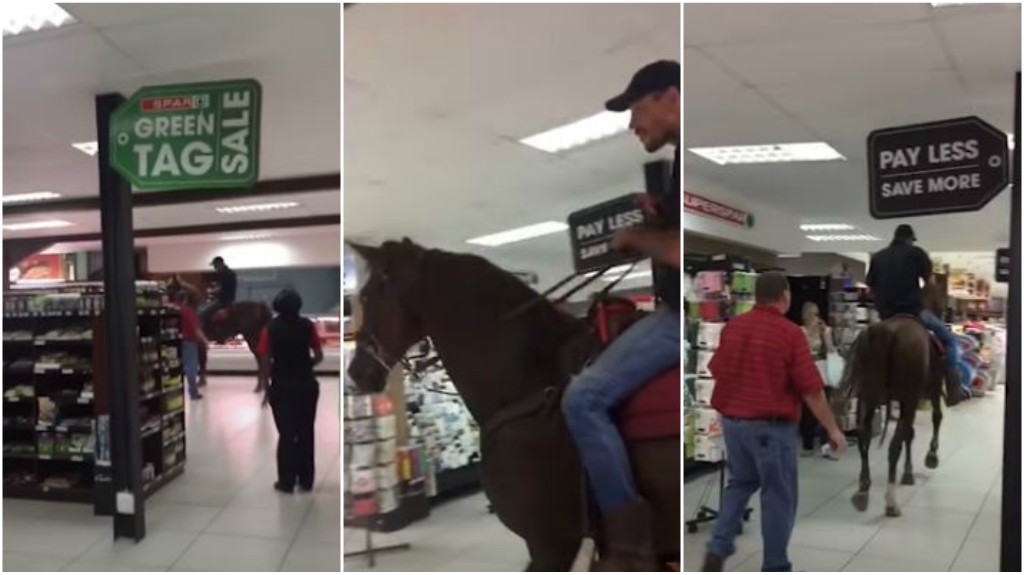 A lot of times, people who have nothing to do with horses question such close and beautiful connections that we have with them and that we brag about every day. It is unusual for them to see such an established bond between humans and animals, mostly because they might not love animals in general. There are a lot of people who do not like living around animals, however, they still respect and support any good cause regarding animal welfare. 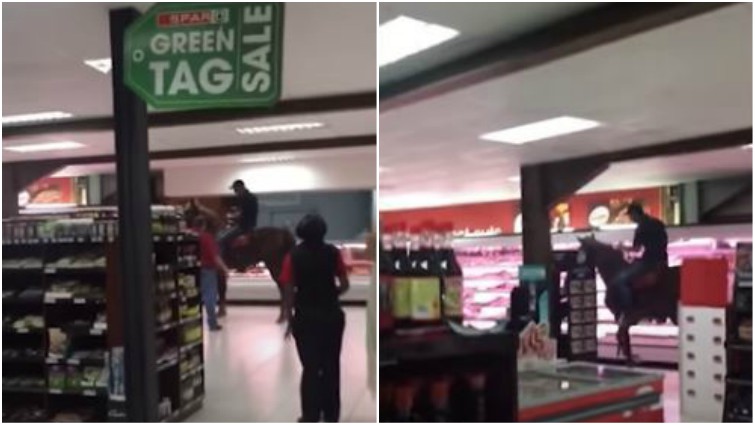 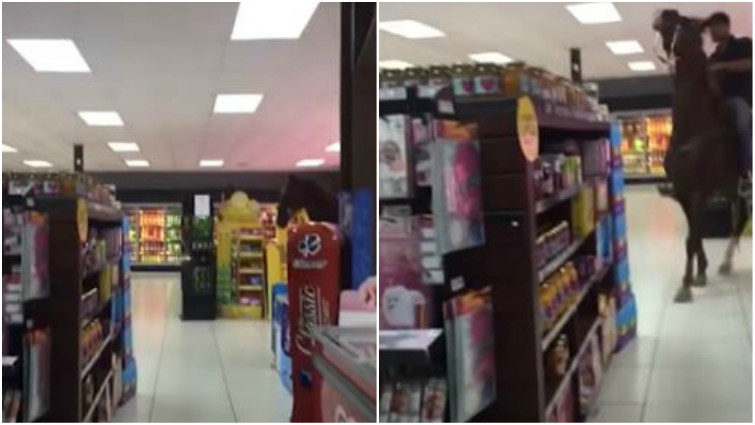 Going back to this close bond, we tend to include horses in a lot of activities that we do every day, simply because they have become part of the family and it kinda feels wrong to not take them with us wherever we go. A lot of horse owners take them on vacation as well, which is not something that people might think is unusual given the size of the horse.

Also, you would expect people to drive their cars to the supermarket but horse people have their own way how to go there and it is of course through riding horses. If we are referring to the man in this video, he is a little extra when it comes to going shopping with a horse and you will see why. Shoppers were left stunned when a man rode a horse into a supermarket to pick up his groceries. The man was spotted trotting down the aisles and browsing at the deli counter, at The Spar supermarket in Jeffrey’s Bay, Eastern Cape, South Africa.

Bemused shopper Alistair Smith, managed to capture the bizarre moment on camera before the horseman was chased out of them by the store manager. Alistair, 49, said: “I was on my way into the shop, when I saw the horse canter into the shop. Initially, I thought it was a fundraising stunt, but when I saw the manager chasing him out I realized it wasn’t.” It was a very funny thing. To see the reaction on people’s faces was priceless. Have you ever done the same thing with your horse”? If yes, feel free to share your interesting story as well.