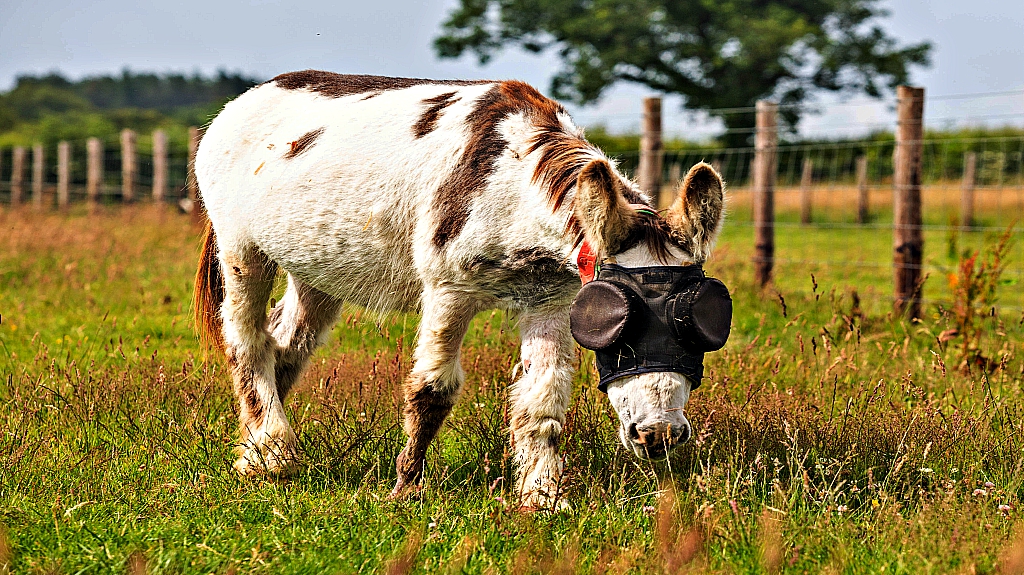 A donkey called Jonty who lost his sight after he stood on a sharp thorn is making progress thanks to a specialist “bug-eyed” mask. The 17-year-old has been attracting attention at the Donkey Sanctuary’s Devon headquarters, but the Guardian mask helps him cope with the sunlight as it protects him from UV rays. A spokesman for the charity said Jonty’s problems started when he trod on a sharp thorn, which became embedded in his hoof. 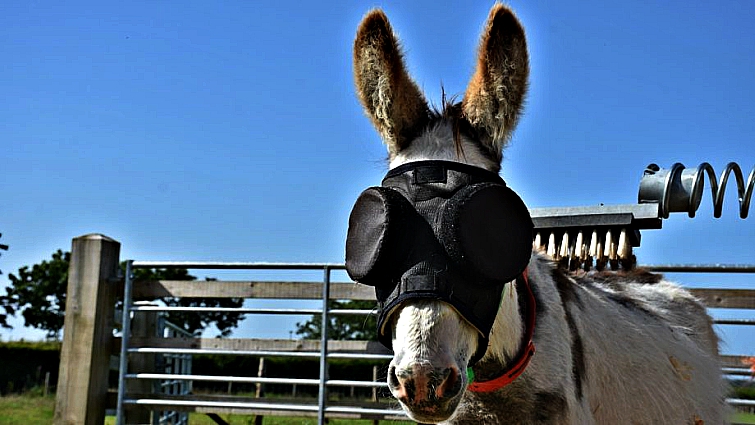 He underwent a “simple procedure” to remove it at the sanctuary’s hospital but then “things got worse for Jonty”. “The stress of the injury possibly triggered the recurrence of a chronic eye problem,” said Donkey Sanctuary vet Vicky Grove. “Jonty suffered an immune-mediated inflammation of his whole eye. He had ulcers on his cornea, his eyes were running, and it was really painful – and he lost his sight.” The vet team knew they needed to protect Jonty from the summer sun to give him the best chance of regaining his sight, and that the mask would block the UV rays. 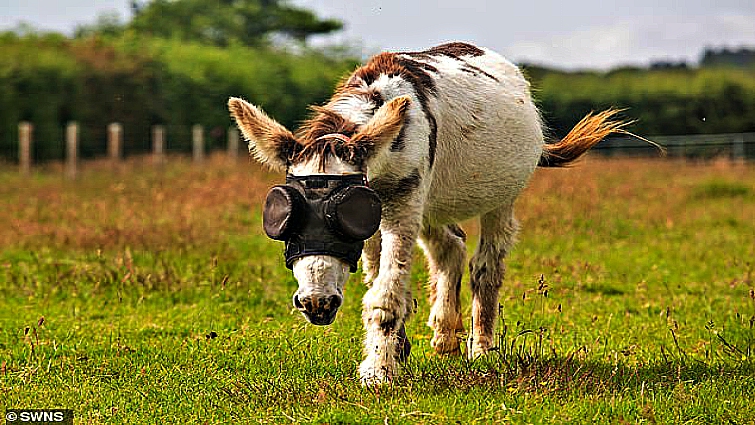 “The mask is just like wearing sunglasses, and Jonty has made some good progress, though the back of his eye is still damaged,” said Ms. Grove. “We are monitoring his eyes with an ophthalmoscope, and we have tested his eyesight with an obstacle course, which he has completed so we think he is now just partially sighted.” The spokesman said Jonty will be wearing his mask for “much of the summer”, and that the sanctuary’s vets will monitor his progress.

“Donkeys often form strong bonds with a friend, but Jonty prefers his own company and is currently taking his time to recover alone at the charity’s donkey hospital,” said the spokesman. “After enjoying some respite he will be transported nearby to Slade House Farm, the Donkey Sanctuary’s main visitor site. There, he will join a small group including another partially sighted male called Will.”