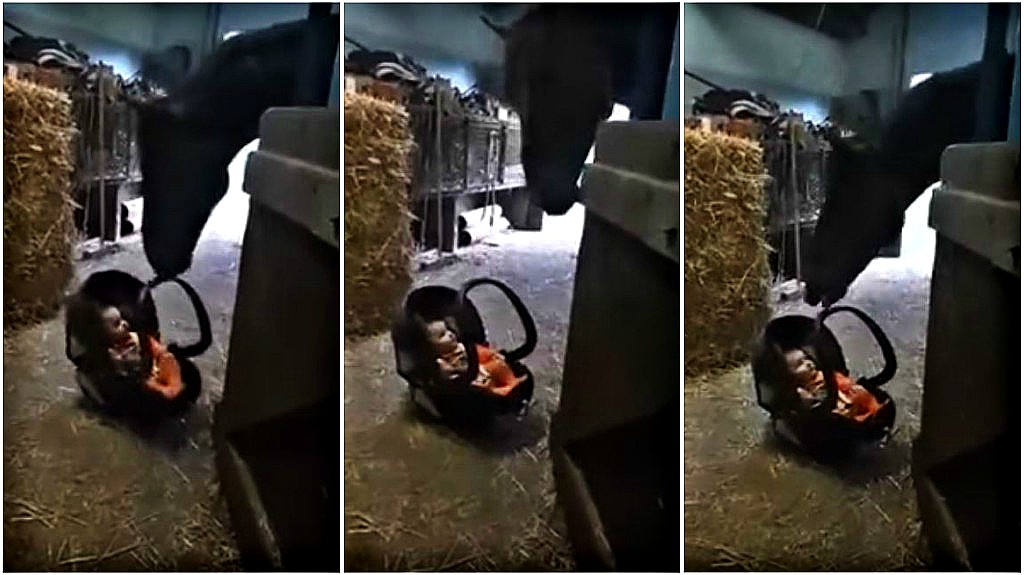 The most beautiful day for all the parents out there is the day where their children are born. Their lives change drastically. On one hand, they have to deal with a lot of responsibilities as parents, meaning that they will have to sacrifice a lot of their free time to take care of babies, on the other hand, the majority of parents agree that children are one of the most powerful sources of happiness in the world. No matter how tiring it is, parents always have the energy to take care of their children. 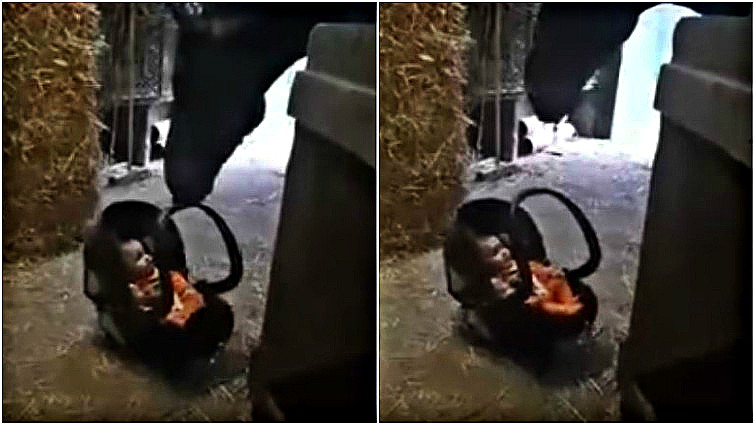 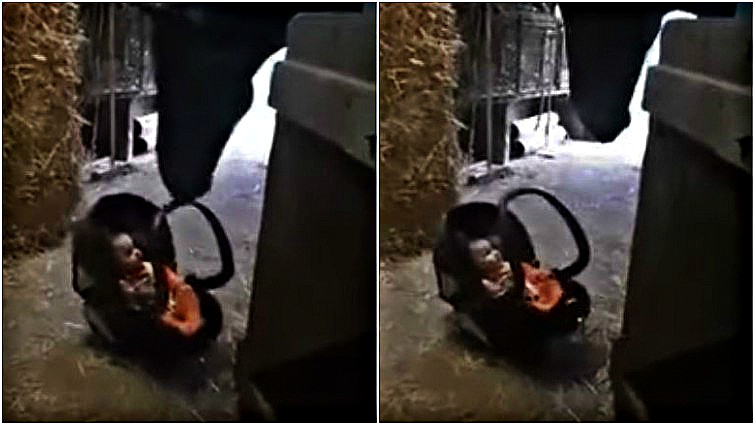 It is not different for animals as well. I am pretty sure that it works the same for animals as well, especially for mothers. Let’s take the example of a mother horse. She was overprotective to the point that she wouldn’t let anyone get close to her baby foal, including her stallion, which was shocking for everyone. Everything was expected, but when she kicked her stallion with her back legs, no one would ever expect it to happen. Well, it seems like horses do not only take care of their children but for baby toddlers as well.

A little toddler by the name of Ruby got the experience of a lifetime when a horse named Red started rocking Ruby’s baby seat. Red was still in his stable, but he wasted no time offering his nose to rock Ruby back and forth in her chair. In the video, Ruby screams and squeals with delight as Red rocks her gently. The little bundle of joy can’t contain her excitement for the lovable horse!

The person behind the camera, presumably Ruby’s mom, is totally engrossed in the spectacle in front of her, in awe and laughing at what she sees. The whole interaction apparently went down after Ruby had not been in the best mood beforehand. It looks like Red’s lovable nudges were just what Ruby needed to get that smile back. I don’t know what you think but I definitely believe that Red is one of the best horses that you can find out there, it is for sure. Please have a look at the video and share some love.