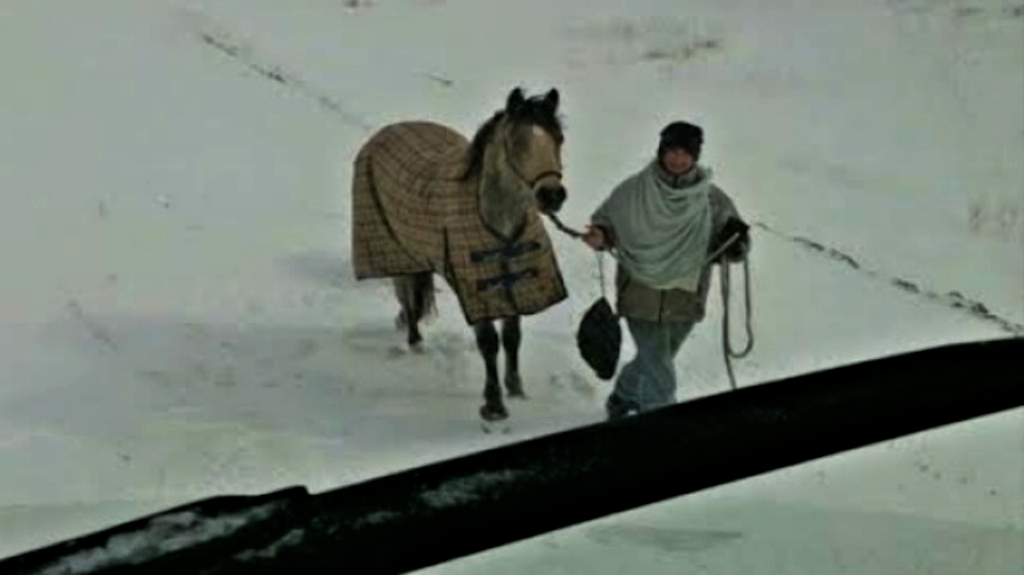 Who would have thought that a teenage girl and her horse would become heroes of the girls’ hometown who was struck by a blizzard? A critical snowstorm hit her town of Manitoba, Canada, and an 18-year-old girl named Eileen Eagle Bears looked up into local traffic cameras set up along the slick, icy highways.

She thought that by doing this, she would help all the drivers or passengers who were stuck in the snow. Fortunately, the roads were cleared of drivers and everything seemed to be going okay until Eileen saw a semi-truck, and the driver inside stuck on the interstate about 3 miles away from her house.

Eileen felt for the stranger who was trapped and wanted to do the right thing, so she promised to herself: If the driver was still stuck there in the morning, she’d attempt to find him and helm him. The worried teenager saw the driver was still standing there in the morning. And so, making good on her kind promise, Eileen and her loyal horse, Mr. Smudge, did the 3-mile trek in the middle of the storm just to find the stranded trucker.

By the time the pair found the driver, he was asleep in his truck after the cold and restless night. The driver couldn’t believe it when he glanced outside his window and saw the teen and her horse being there with a cup of hot coffee for him. We need more kindness, like Eileen. You’ve made the world just a little bit better, no place you’d rather be.