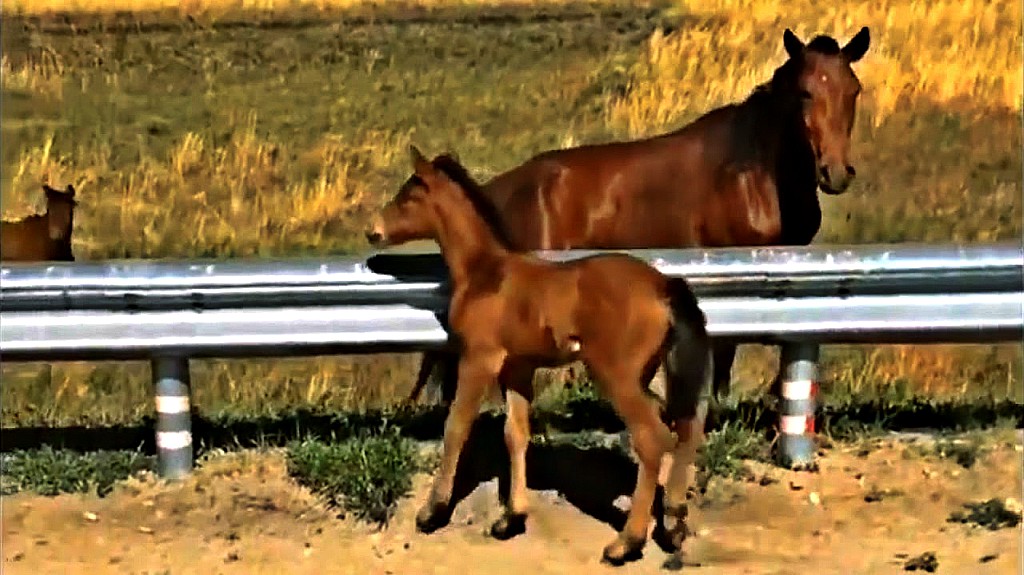 As much as we hate to admit it, the world is filled with bad news and they all have affected the way we behave towards each other. We live in a harsh world where people are becoming very selfish and indifferent not only towards humans but also towards animals who need our help. We have seen a lot of cases where people have neglected animals and in various cases, they have even abused them. 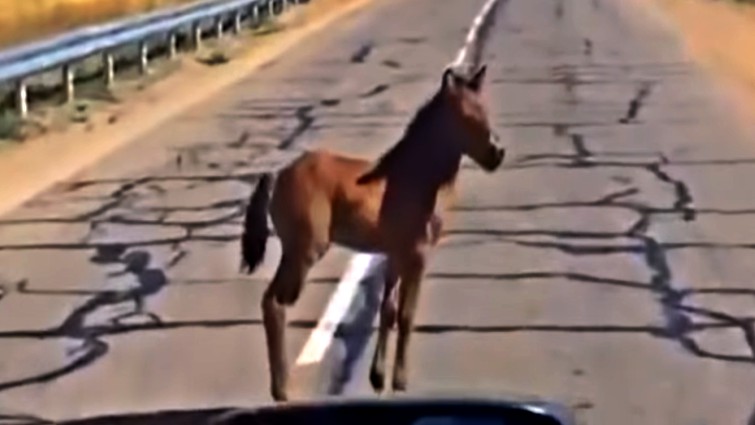 But there is always hope and fortunately, there are still good people who give the right examples to future generations and simply make the world better with their gestures. One of them is also the good citizen showed in the video below who all of a sudden, while he was driving, he came across a wild foal.

He immediately stopped the car and saw the poor animal stranded in the middle of the road. A lot of other drivers choose to ignore the little foal while this man did everything he could to help her. Due to her small stature, the young foal couldn’t jump over the metal guardrail like all the members of the herd, that’s why she ended up in front of two highway lanes, all alone and fearing for her life.

It was obvious that she was feeling very nervous, that’s why he had to help her as fast as he could. He got a hold of the foal and succeeded to lift her over the metal barrier where the foal’s mother was waiting for her. Watch the beautiful rescue video below!