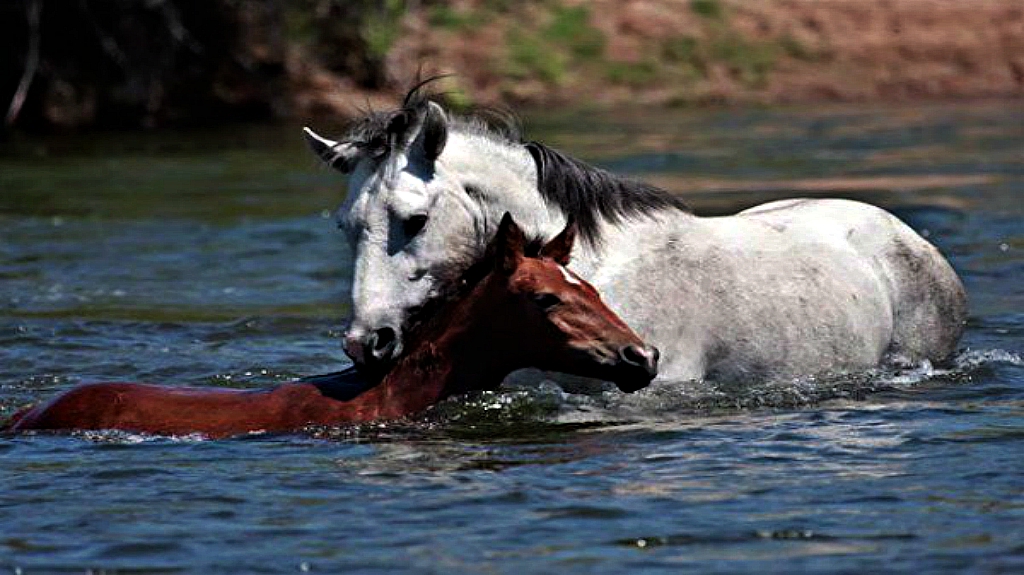 A baby foal was in very critical condition in the Salt river and he was struggling very hard to go out, but the stream of the river was strong so it was difficult for him to go out. Fortunately, a herd of wild stallions was accompanying him and saw the poor baby fighting for survival.

A stallion named Champ saw what was going on and immediately went for help. Champ tries to grab the filly by the side of the neck but is unable. The filly breaks from the group, struggling in the water. Champ breaks from the group to go after her. He grabs her by the neck and gently helps her back to the band.

He doesn’t let go until he knows she’s safe. A lot of horses are unaware of the dangers that might come from lakes, seas or rivers so it should be our responsibility to keep them away from such places cause they do not have the same perception of the danger that we have. This is not the first time that something like this is going on. A lot of times it has ended very tragically. Going back to Champ, he demonstrated that he is a very smart horse and because of him the foal is still alive.