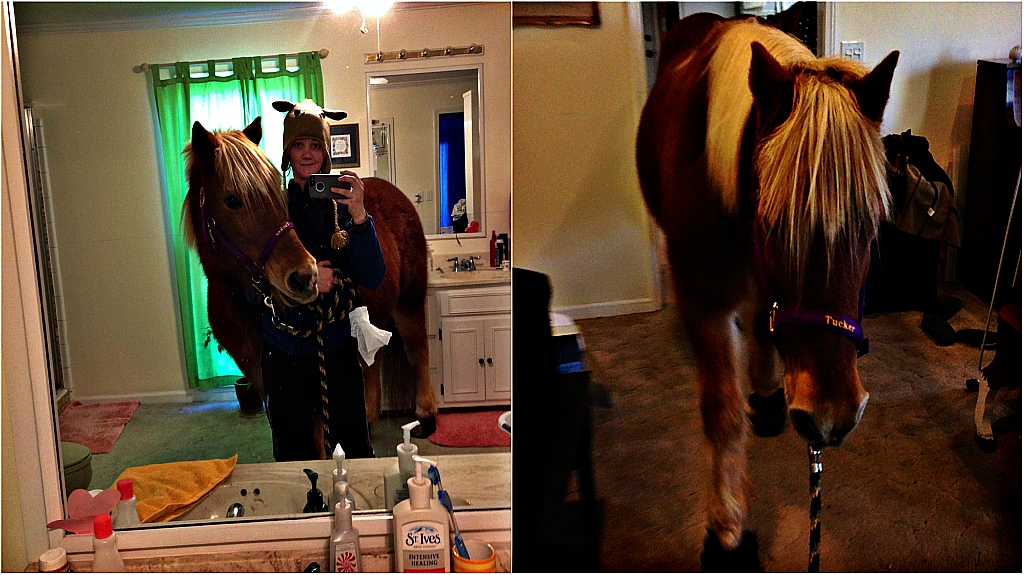 Everyone these days has become a selfie addict. We want to post on our social media everything about ourselves so we make sure that we always capture every aspect of our life. While some do it just for fun, others, mostly teenagers, are willing to do anything so that their photos are liked and commented by many. 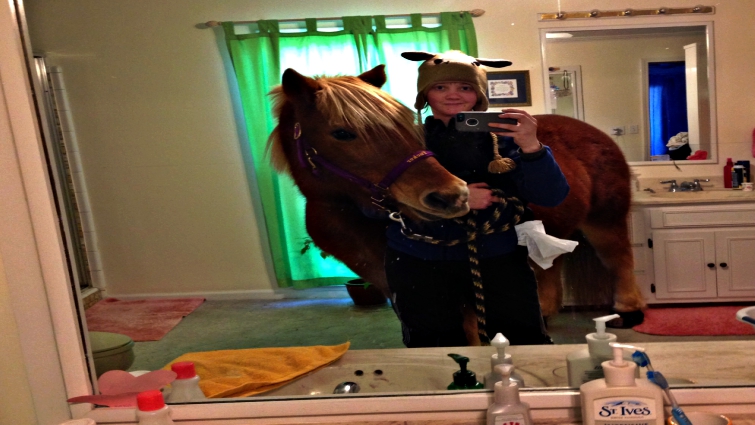 Every equestrian has taken selfies along with their horse but nothing compares to the selfies of a young girl who decided to take her horse into her parents’ bathroom, just that she could take a few selfies with her family’s horse. I know what you’re wondering, “Big deal. I take selfies with my horses, too.” Sure, but have you ever put hoof boots on them and led them into your parents’ bathroom for some mirror selfies? Kait has. 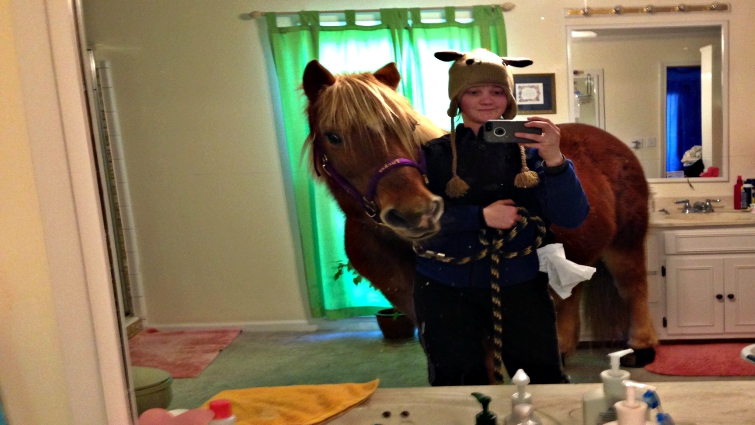 It was a few years back when Kait was home from college on a break. While her mom and dad were at work, she guided Tucker – who is a 25-years-old and nearly 1,000-pounds horse up through the home, and into the bathroom. Kait chose Tucker as her hero because of his “been there done that” attitude and “general unflappability.”

She believed the laid-back horse marched right inside just like he was walking into a new barn. Kait quickly sent the photos to her mom and the pair had a good laugh, but they thought to leave dear old dad out of the loop for 2 full years! Since she was already confessing, Kait admitted to 2 other attempts to bring horses into the house.