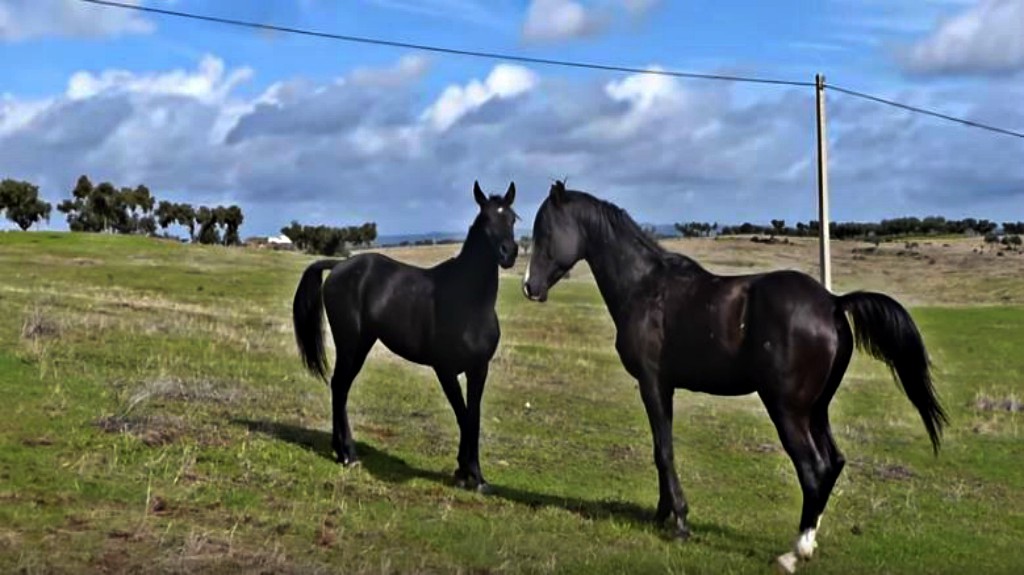 During our lives, we make a lot of new friendships, for some of them, it takes a lot of time to be established and for some other ones, it takes only a few moments for you to realize that he/she might become your best friends. I am pretty sure that a lot of you still have friends from your childhood or middle/high school. A research says that if you have been friends for more than seven years with someone, you will most likely be his/her friend until the end of your life. 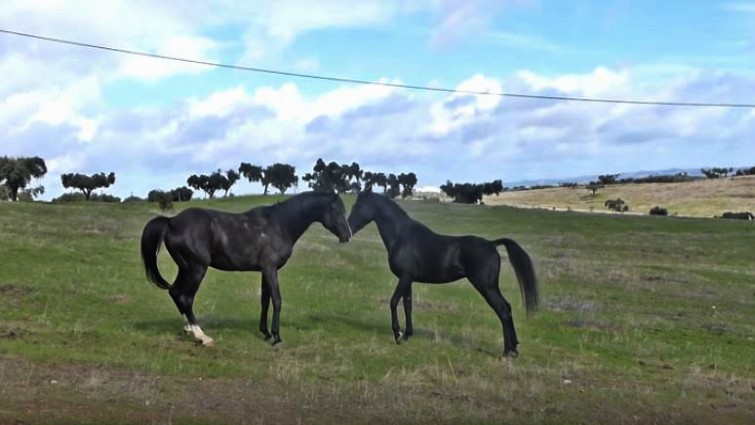 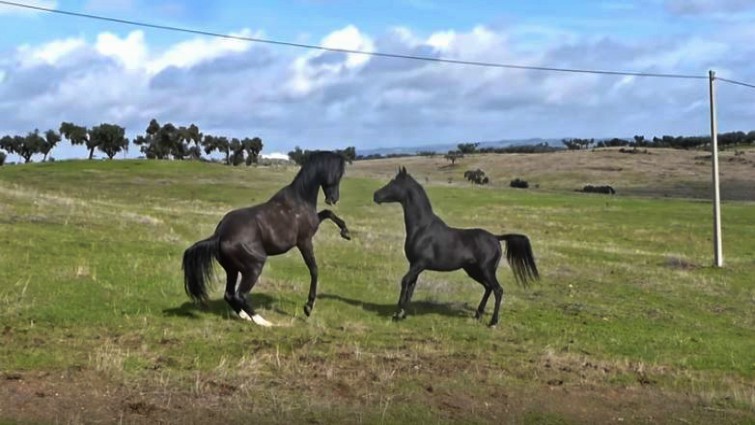 Not only humans, but it is actually the same for animals as well. A lot of animals who have had a very bad first impression of each other have become the best friends forever after. A lot of misinterpretations might be going on at an early phase of a friendship. On the other hand, there are animals who get close to each simply because they feel that the animal in front of them is very friendly.

This is the moment when they realize that they might become best friends. Such a story is the story of these amazing Arabian stallions in the video below who didn’t even know anything about the existence of each other, yet they became very close friends. The 4-year-old Gaverni is young and playful, and he wants to have fun with the 12-year-old Vidao who is older than him and gets annoyed. Gaverni is all black, and Vidao is the one with white head and legs.

It looks scary, and many people would probably think that this two are going to fight, but this is what happens when two stallions meet for the first time. If they were fighting they would be biting and tearing at each other aggressively. They simply try to figure out who’s in charge, and in the horse world that is necessary because they live in herds.

Gaverni and Vidao have shown a wonderful and educational display of dominance, and we must say that they know how to settle everything themselves. They are definitely a great example of what a friendship should be like, not only between animals but for humans as well. Please have a look at the beautiful video below and let us know what you think!