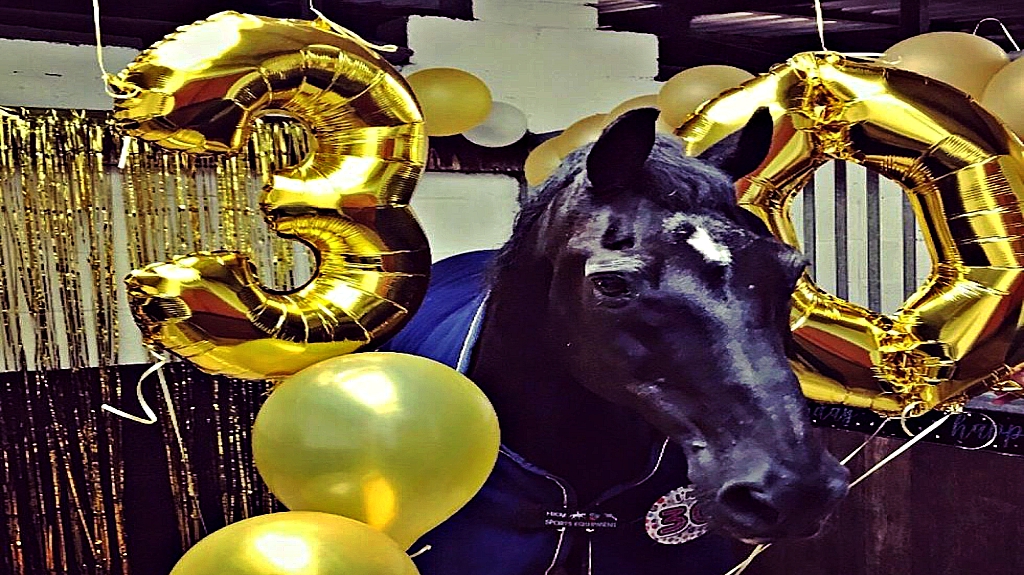 The last living Black Beauty has celebrated his 30th birthday with the help of 200 fans. Billy, owned by Louise Maryon, is one of five black horses who starred in the 1994 film adaption of the Anna Sewell novel. The Orlov trotter was imported from Moscow at the end of 1992 and bought for Warner Brothers in 1993 by Louise’s father-in-law, Victor Armstrong, the second unit director and horse master of the film. Louise, who worked as a groom on the film set, bought him once filming had finished. 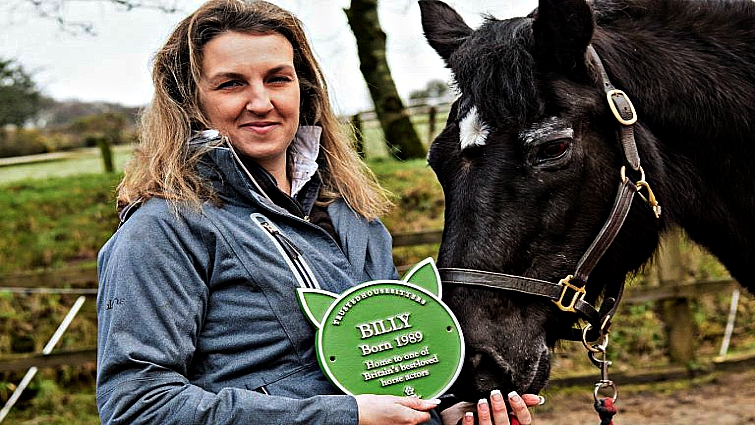 An Arab breeder based in Wales, Louise said Billy enjoyed a career in the show taking part in foreign show horse classes after retiring from film and TV work. “He won every time he went out, but he could be quite hot to ride and dumped just about every groom we put on him,” she said. “We moved to Wales 20 years ago and from there he became my riding horse and a nanny for my younger horses. We retired him at 20 when he developed a bit of arthritis in a joint in his back.” 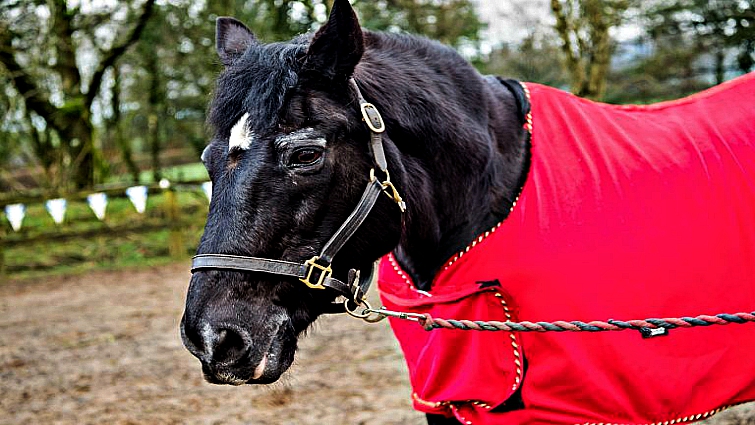 Visitors were invited to Louise’s yard on 10 and 11 August to help celebrate Billy’s 30th birthday. “People go crazy over him and we thought because it was his 30th it would be nice to hold a celebration over two days. Two hundred people came across the weekend and we decorated his stable with balloons,” said Louise. “He’s a massive people horse – whenever someone goes to the stable door he’ll stop eating and come over to see them.

People were taking selfies and the Pembrokeshire branch of the Pony Club came with cards they had made for him. Everyone who visited said they were going to go home and watch the film again.” The event was free to attend with donations being collected in aid of charities Brooke and Redwings. “Billy is my horse of a lifetime. He is such an intelligent horse. I’ve owned and bred many horses but I’ve never met a horse with the personality he has.”