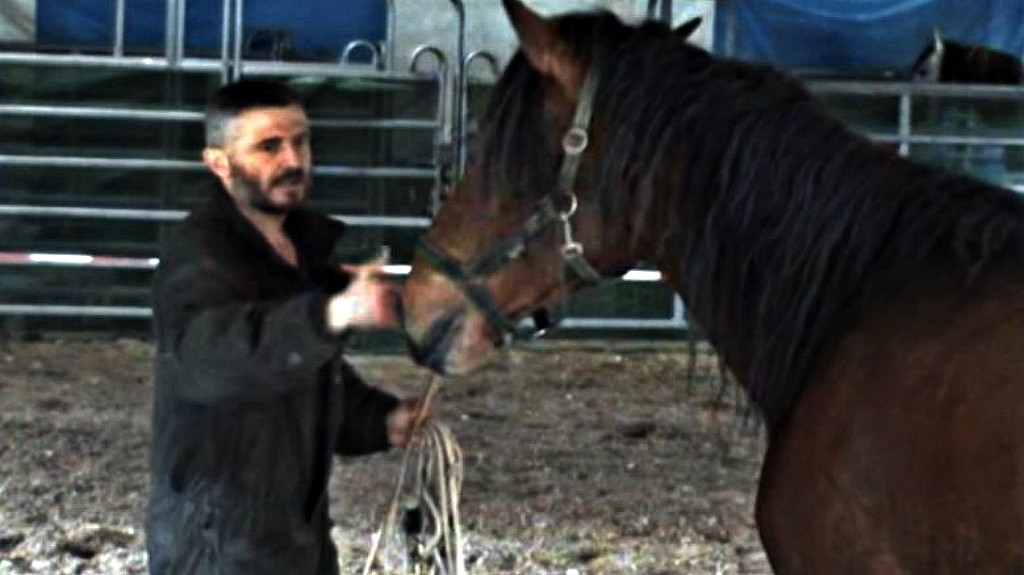 All horse owners know how difficult it is to deal with an aggressive horse who gets nervous about everything and simply refuses to be trained not only by their owners but also by professional trainers. It’s very challenging to own an aggressive horse, that’s why many people give up on them and decide to send them to different training schools. 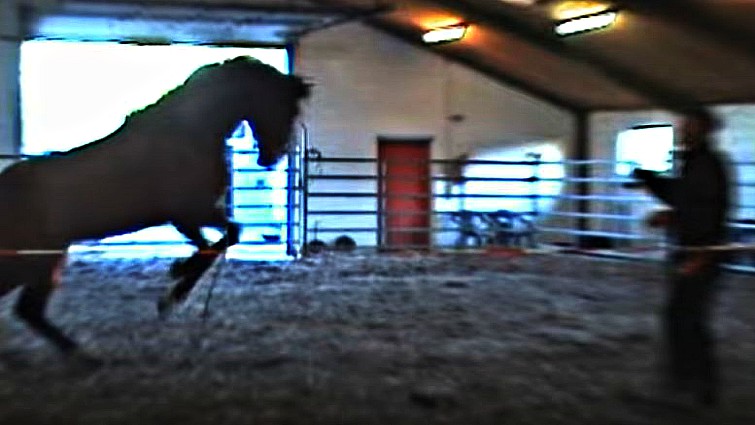 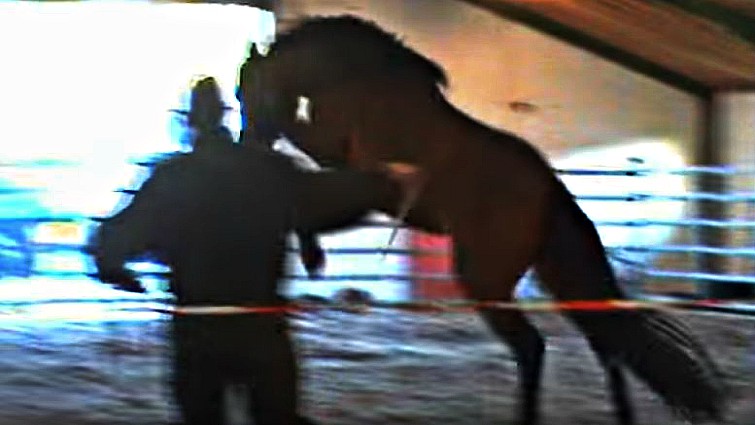 That’s what a Dutch trainer decided to do after he couldn’t deal with a spooky stallion and that’s how the stallion was sent at the KFH-School Farm. The 5-year-old Lusitano Stallion was very stubborn and his trainer had a lot of problems with him, didn’t know what to do anymore and simply gave up.

As soon as he was sent at the KFN-School farm, the stubborn horse was presented to Hempfling, a very known and respected trainer in the horse industry. Hempfling is known all over the world for his techniques and the modern training methods that we simply have never seen before.

In the video shown below, you can definitely notice his incredible skills, by taming the Lusitano horse only in five steps. In the beginning, the horse attempted to strike the trainer and the man gave him the right space to do. Just when Lusitano finally finished with his aggression Hempfling began his action.

Only by using his body signals he succeeded to stop and tranquilize the horse. At that point, the horse is fully tamed and Hempfling reaches the transformed horse who is now calm and friendly towards him. Watch the video below for more!