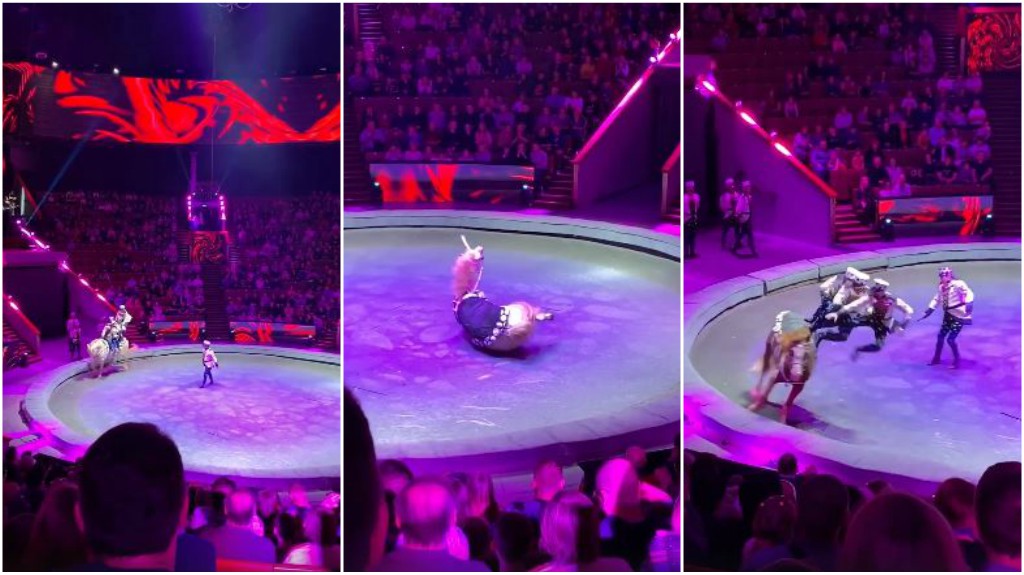 A new video showing a horse falling on a live show has become viral on the internet. The poor horse was very tired because he had been training too hard for a long time and was still forced to perform in the live show. Even though he was in such a critical condition, the circuit’s staff didn’t seem to care. 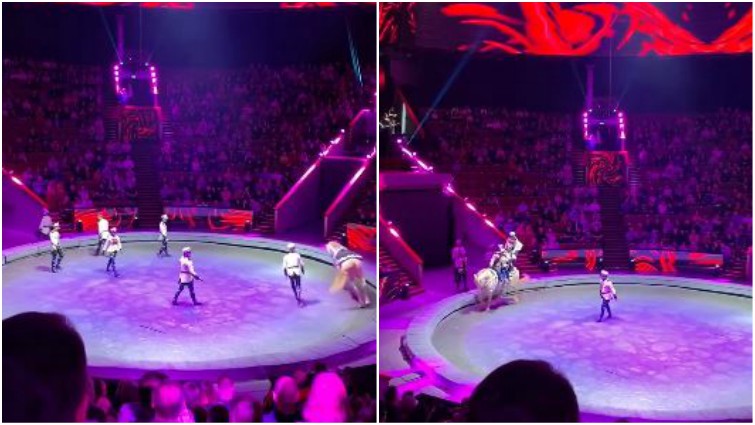 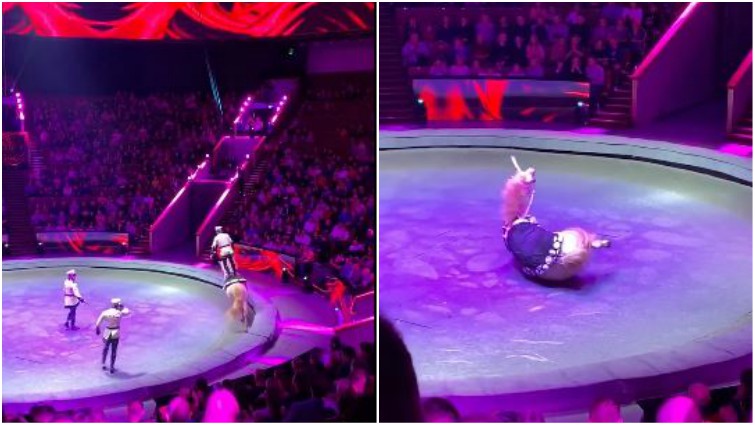 According to different sources, this was not the first time they had done something like this and they were known to treat animals poorly. As you can see in the video below, the horse was forced to carry not one but three people until he couldn’t take it anymore and did what no one thought it would happen.

He was stressed and instant pain throughout the all-time but the performers still decided to carry on the show. As expected, things only got worse from that moment. As soon as the video surfaced on the internet, the circuit shut down until further notice. Many people think that this is pure animal abuse and that this circuit and his performers should be banned whilst there are other people who consider this normal.

A Facebook user said that the horses can trip too and the horse showed in the video is not overworked because when a horse is overworked you can see the signs from its head foaming from mouth, head trembling, wet coat, etc.. According to him the horse was just a little scared but he is definitely well fed. Please watch the video below and let us know what you think about it.