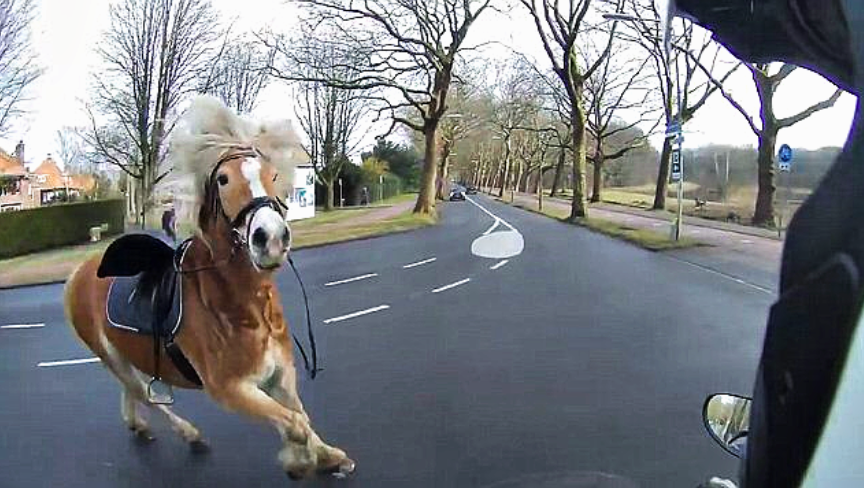 It was a normal day for a scooter driver, who was just riding to work as he did every day when he spotted a woman sprinting on the bike path. He found out that the horse had escaped from his reins and went sprinting down the streets. He offered to help her because as you can imagine it is impossible to catch a running horse just by foot.

He wasn’t expecting to become a hero to one horse and his owner, but that’s exactly what happened. She immediately hopped on the back of his bike and they started chasing after the horse. They were driving very fast towards the horse, and just when they thought they caught up with him and tried to cut him off at a bend in the street, the naughty horse changed his direction and turned down a side road.

More than once the woman descended from the scooter as she believed the animal was within reach, but she couldn’t capture him. They are finally capable to stop the horse by the side of a canal, as the scooter catches up to the horse once again and rides alongside while the woman grabs the reins.

Synchronically, they gently bring the horse to a stop. This video has now become a sensational hit on the internet, gaining more than 3 million views. It shows how humans can help each other out in difficult situations that they can’t deal with by themselves.

I’m pretty sure that the woman is very thankful to the driver who helped her catch her beloved horse. Watch the thrilling video below and make sure to share it with your friends!