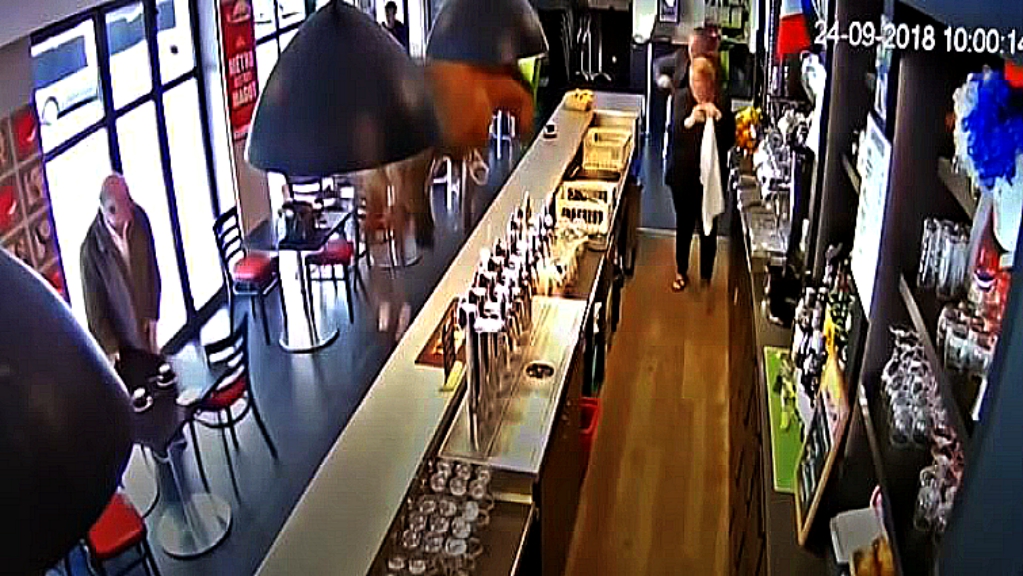 A loose racehorse scattered customers when she charged through a French bar. The filly, who was uninjured in the fracas, was caught on the café’s CCTV. The horse’s trainer, Jean-Marie Béguigné, told Ouest France newspaper that the mare’s rider had fallen off en route to the gallops less than a mile from the Le Chantilly bar. 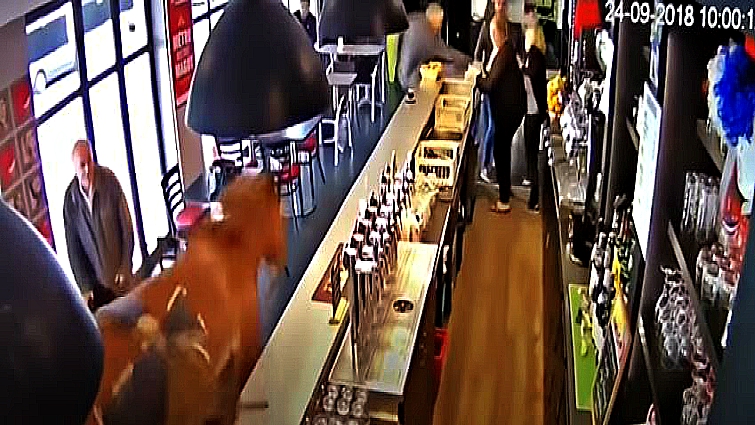 The mare then made the short trip to the establishment, entering through an open door and cantering through the chairs and tables while customers took shelter, before turning around and exiting the same way she came in. 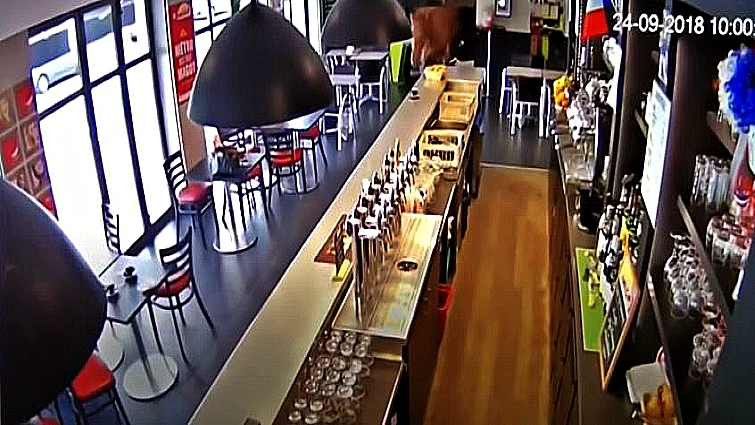 The filly could also be seen trying to kick away her saddle, which had slipped back. She was caught in a car park, thankfully unscathed. Mr. Béguigné added the filly has had “no trauma, no anxiety” following the incident.

But the outcome could have been very different — while there were luckily only seven people in the bar at the time, five minutes previously there were around 20 people at the counter who had left to catch a 9.55am train from the station opposite.