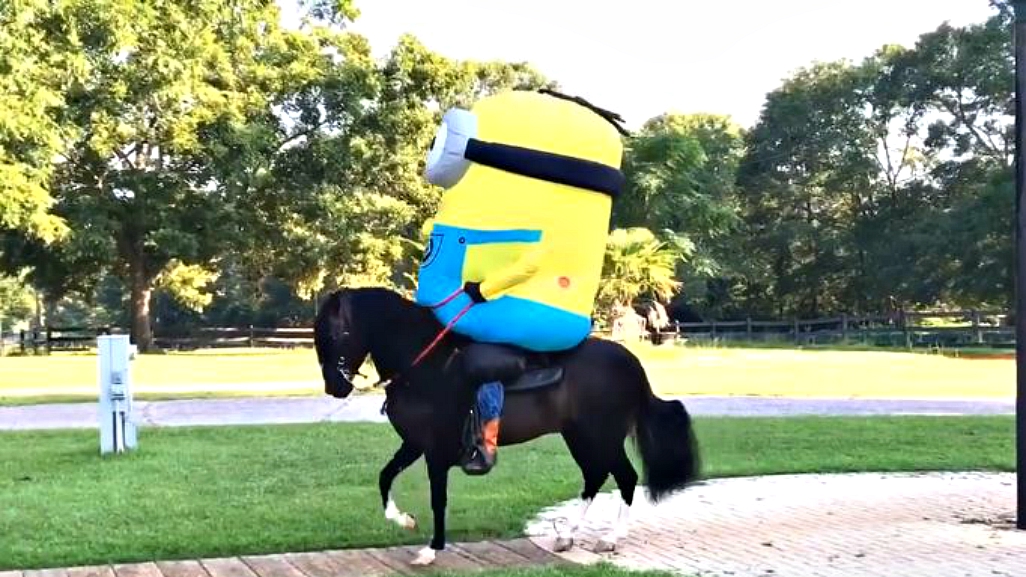 We have watched the video of a rider riding a horse in a T-Rex dinosaur suit and that video went viral with millions of viewers on social media. The man didn’t stop and has posted another video which will make your day a little brighter. He’s now at it again with his funny tricks and this time it is no different, except that he has chosen a minion costume. 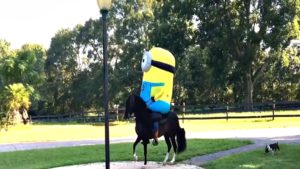 This guy is called Michael Gascon and he is an amazing trainer. This video shows him wearing a minion costume while riding a Paso Fino, horses which are distinguished for their special natural gait as they are born knowing how to do it. Michael posted his video on his Facebook page with a caption that read ‘When you steal the wrong get-away horse!’ millions of viewers have watched the video and found it really funny. 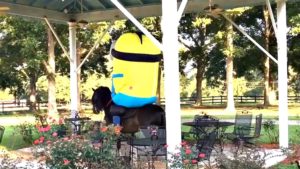 It’s so cute and funny watching the Paso Fino moving those feet so fast and hearing the sound of the hooves hitting board. Props to the trainers of these horses. It takes a good trainer and a trusting horse to allow a minion and a T-Rex to ride them without flipping their lid! Watch this funny video!

Posted by The Horse Guru – Michael Gascon on Tuesday, August 2, 2016