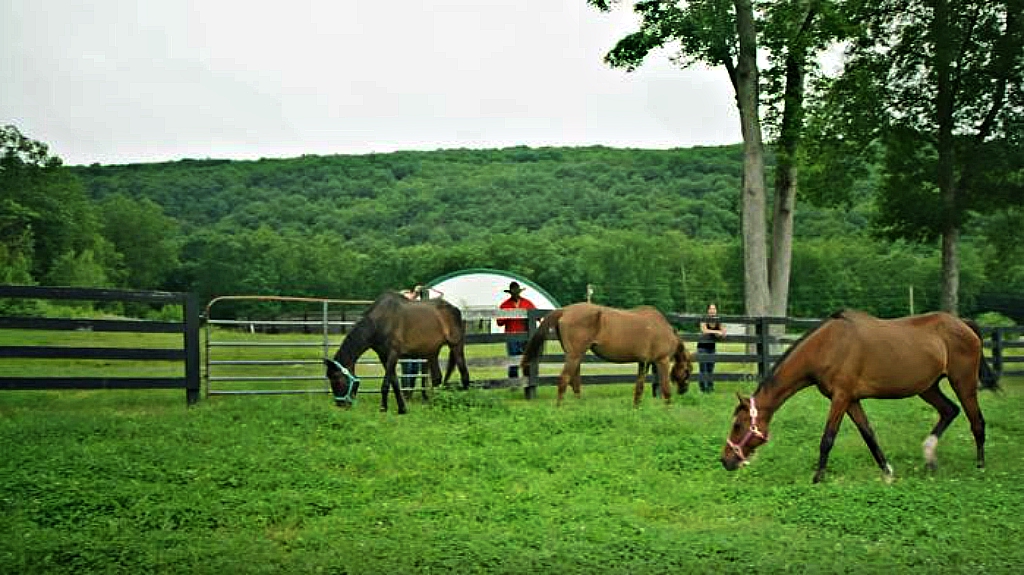 We are sharing with you today the touching story of three poor horses who were rescued by an organization named Lucky Orphans Horse Rescue located in Denver, New York. They got an anonymous call who told them that there were some horses across the river who were not in good condition and immediately decided to pick them up. 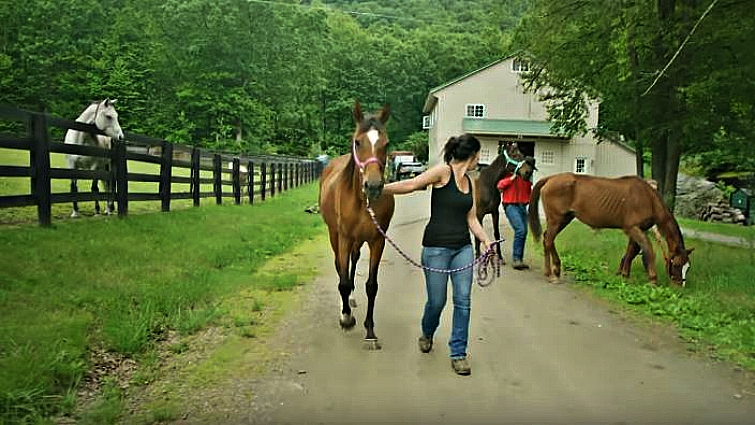 They rescued three horses named Rosie, her daughter Midnight and Britt who were all so anxious even when they were sent to the farm. As soon as they got to the farm the rescuers fed them fresh water and hay.

They had their first vet checkup and after carefully checking up their condition, Dr.Clas said that they have been malnourished for a very long time and they were so skinny, especially Rosie, as you can see every single rib of her body. 10 days passed by and the horses were still a little bit underweight but their skin was healthier and they were recovering very well.

Finally, the day where they could go outside in the paddock came. The horses could go outside and run around happily together whilst eating grass and playing with each other. As you can see it in the video, they were all so happy and couldn’t believe that they had the possibility to be outside. You can easily notice the excitement in their eyes. We are all so happy for these amazing horses!