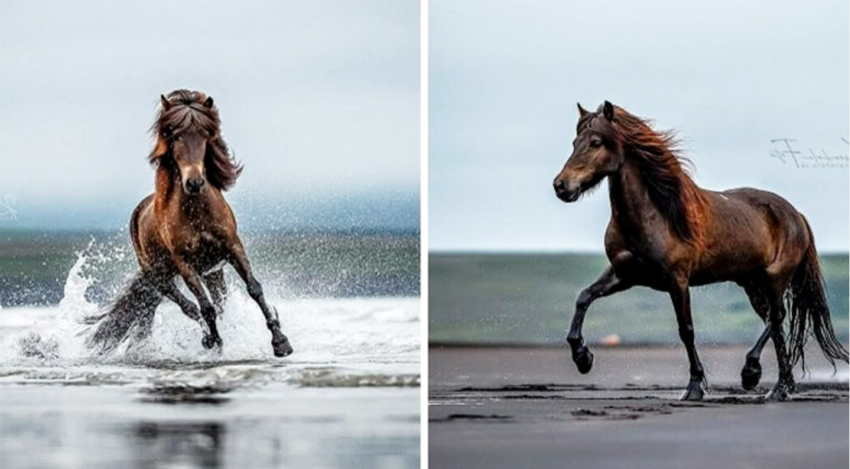 Icelandic horses are among the oldest and purest horse breeds currently in existence, with a history dating back more than 12,000 years. They are often referred to as Viking horses because the Vikings transported them to Iceland in the eighth century, according to aubtu.

These horses weigh between 600 and 900 pounds and stand 12 to 14 hands tall (4 to 5 feet tall). Despite their small size, do not refer to them as ponies! They are enormous and the world’s strongest breed. Although they have a vivacious temperament and a strong persona, they are quite sociable, manageable, and people-oriented.

The previous few summers, a Swedish photographer by the name of Lina Kronholm traveled to Iceland to take pictures of the Icelandic horse. Enjoy these pictures of this stunning breed by scrolling down!

Icelandic horses are wonderful creatures. They are some of the most compassionate horses in the world, despite having long, hairy coats, thick manes, and fringe. In addition, they are genetically distinct.

The reality shows that Icelandic Horse is such a unique breed that can easily withstand Iceland’s harsh climate because they haven’t been exposed to any other horse DNA over the years. Despite being such a strong breed, Icelandic horses look so majestic as well.

We should not forget to praise the photographer for such an amazing work of art. Let us know your thoughts on the photos, and do not forget to spread out this story on social media with your friends and family in order to make their day beautiful as well.