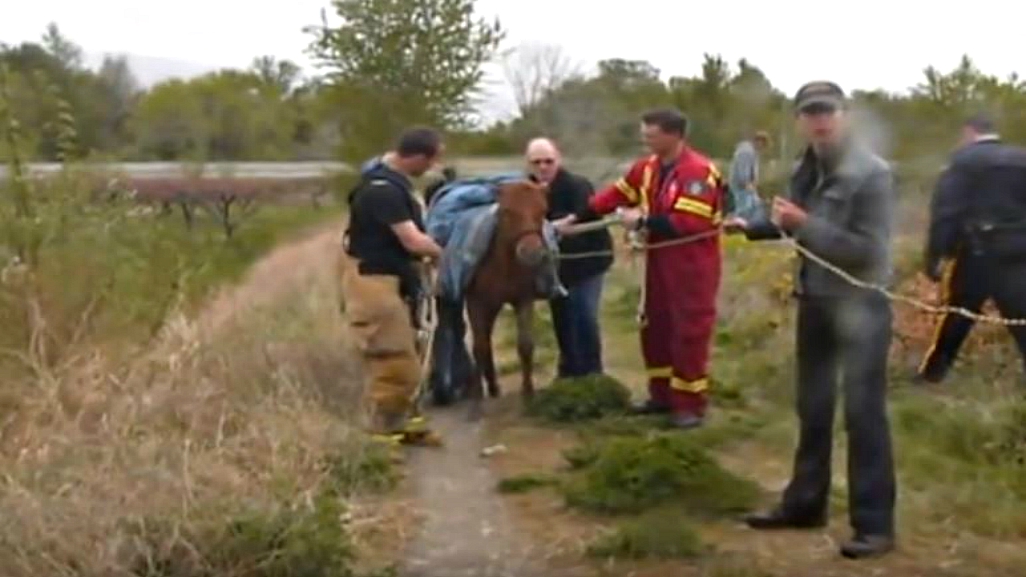 The rescue of a horse is never easy but what you are going to watch in the video is considered somehow dramatic because the horse was rescued from a dangerously fast-moving creek. Volunteers and firefighters as well tried really hard to pull the horse from the creek. There were large boulder across the creek bank and these made it impossible for the horse to walk out of the water. 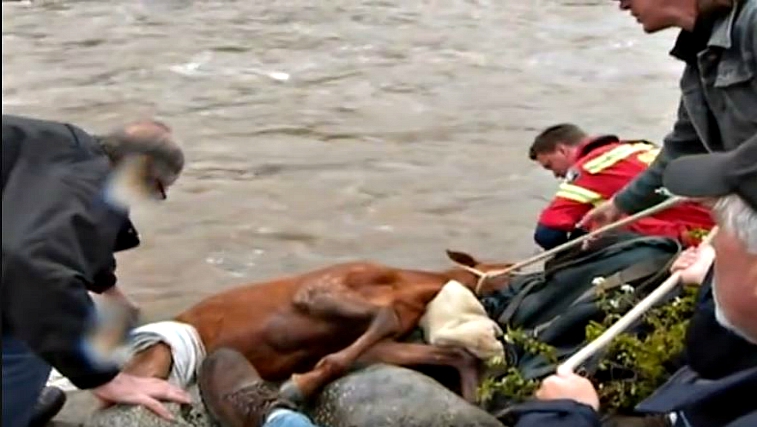 The firefighter used a lasso and threw it on the horse’s head in order to be able to pull the exhausted horse out. It wasn’t easy at all because this was the first step toward the rescue of the poor animal because they also laid down a large sheet of plywood to slide the horse out of the creek and on to stable land. It’s amazing what people can do when they come together and we just feel happy about any animal rescued out there. 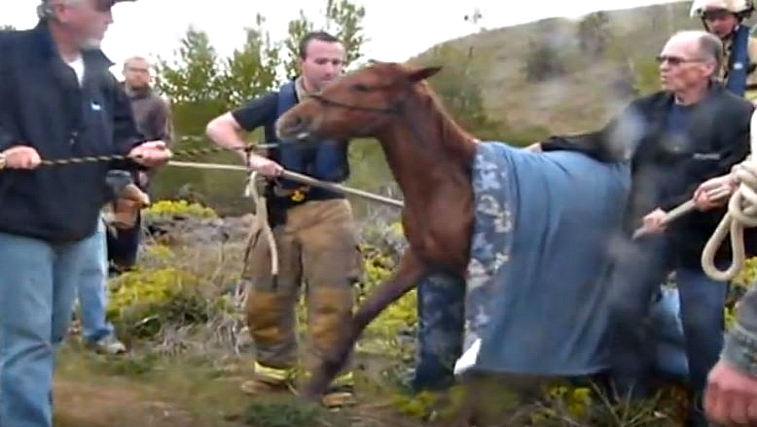 The horse was collapsed on her side as the firefighters and volunteers pulled it out and they rushed to cover it with towels to dry it off before the horse could be on its feet again. When the horse stood on its feet it was able to walk but needed a guide and it was said that the horse was in shock and hypothermic. They named the horse River and the horse recovered completely and is in good health in a foster home in Summerland. Watch the video!