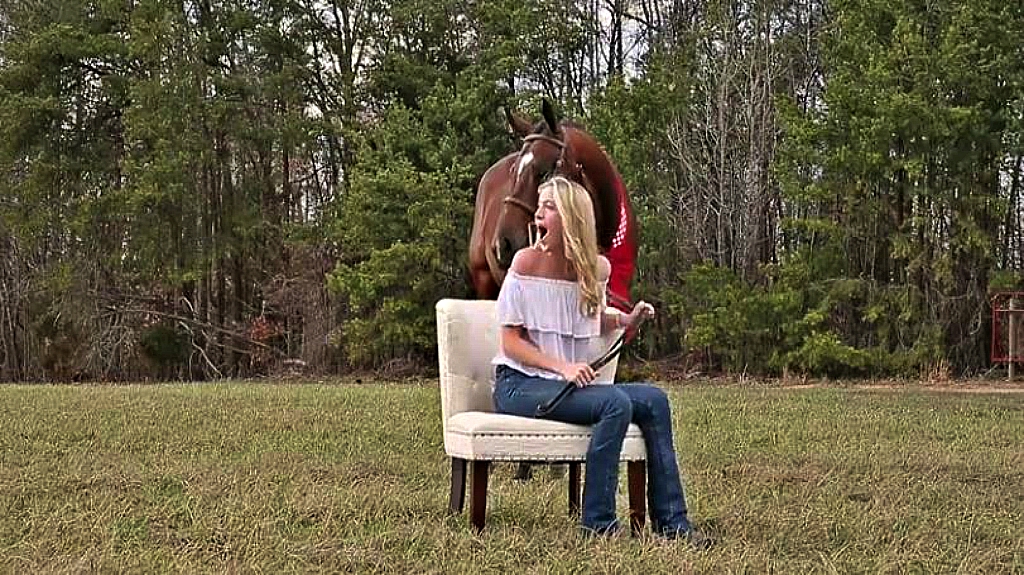 A lot of little girls have a similar wish on their birthdays when they’re growing up: their very own pony! But there aren’t too many that can say they ended up receiving one. Of course, not everyone is Hannah Warren, who got a very horsey surprise for her birthday! An AQHA youth competitor, Hannah was given a professional photoshoot for her eighteenth birthday.

Little did she know, there was another surprise to be had. “I was going to be at the barn for another girl’s photoshoot, and Hannah’s trainers, Sydney and Keith Miller, called and asked if we could squeeze one more in,” said Mallory Beinborn, the photographer.

“I was pretty shocked by this because she told me this was going to be a surprise eighteenth birthday present. I agreed immediately because it was nothing I’d ever really done before!” To keep Hannah in the dark, Mallory placed her in a chair in the pasture and photographed her, with her back turned the whole time to what was going on behind her.

In fact, Keith was coming towards the teen with Gus, a show horse. (Her parents had sold her previous horse, as Hannah was going off to college.) She had no idea her parents had gotten Gus for her, to continue her dream as a competitor. Watch her reaction in the video when she turns around.