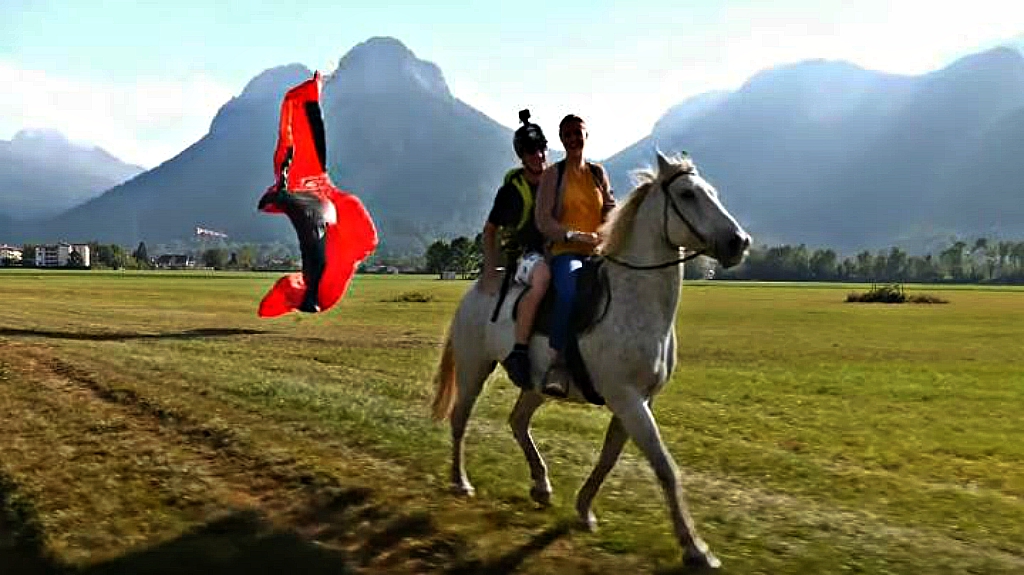 Do you like extreme sports? Then we are going to talk about one of the most interesting ones that a lot of people love but a lot of them fear to try. It is called paragliding. Paragliders are supposed to land in a field, but the one in this video tries to do something different. 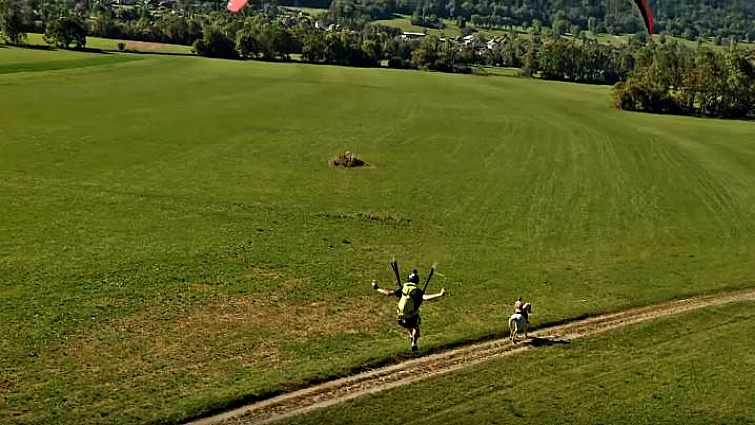 Eliot Nochez has been flying through the skies since he was two years old. Deciding to push his limits on September 18, Eliot launched himself from a 1250m high hillside near Lake Annecy, France, in order to aim for trotting horse Marco. 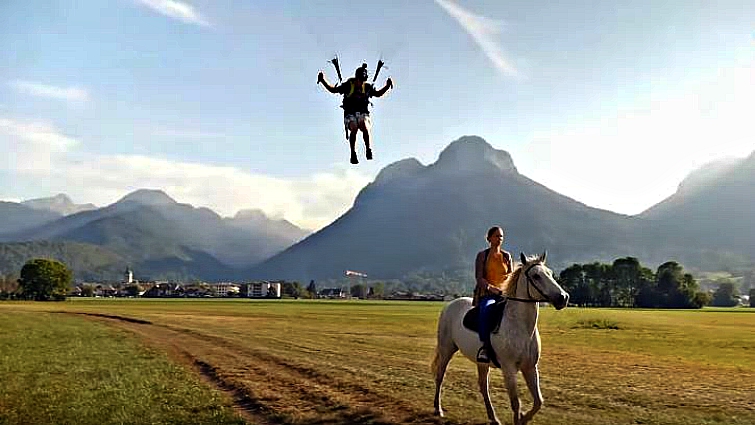 As Eliot recorded from the skies, professional videographer Michaël Kreins managed to capture the awesome stunt from below as Eliot glided through the air, even pulling off double dynamic backflips before precisely landing on the back of the animal.  Michaël said: “After analysis and many reflections related to the security of the action, Eliot launched himself for this unusual attempt.

It took seven tests for Eliot to land on the horse. We had to get the horse used to paraglide and vice versa for Eliot to get to know the animal and thus refine the approach so that Eliot could pose on Marco’s back.” Daring Eliot said: “It was an incredible experience!” It seems really difficult. What do you think?