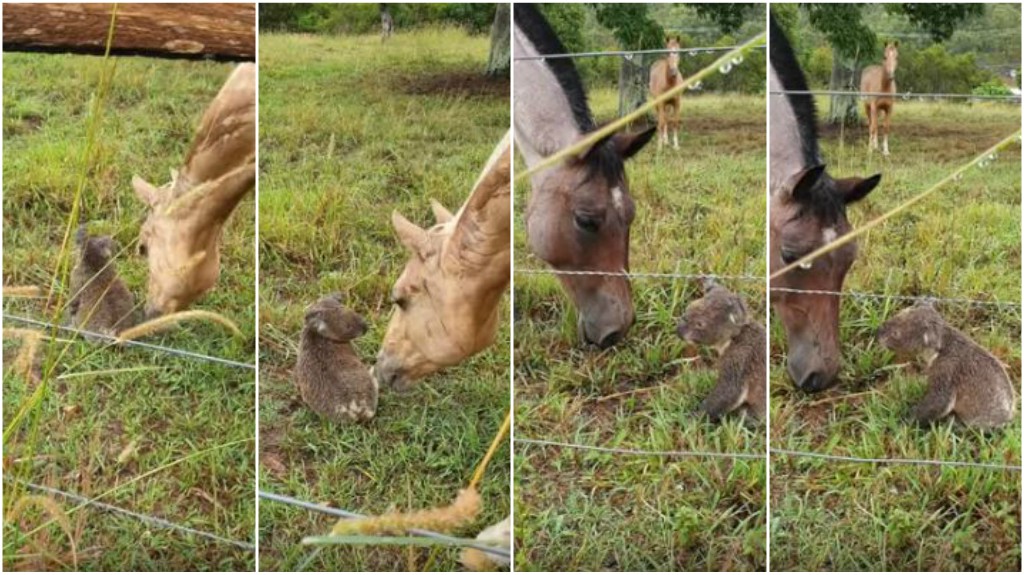 A lot of times we tend to create an immediate opinion about the things we see by believing what is obvious, however, it frequently happens that we might be wrong. Maybe it might look like an overreaction, but it might be the reason why a lot of conflicts happen. In some cases, we believe the perception created in our might about what is happening in a certain situation and as long as visually it justifies your perception, you will probably believe it, it is sort of a brain game as well. 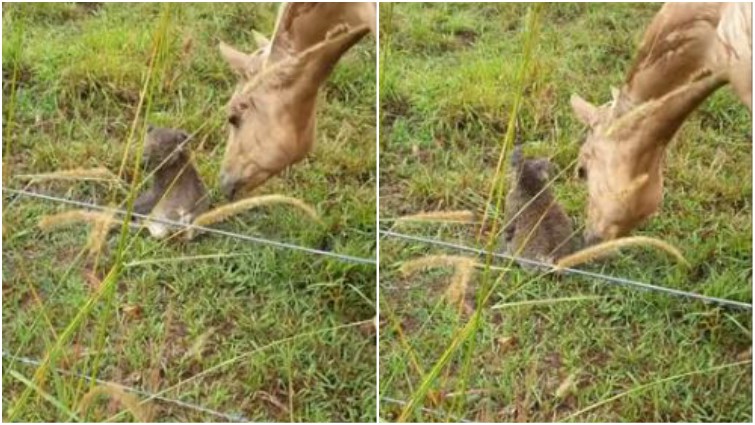 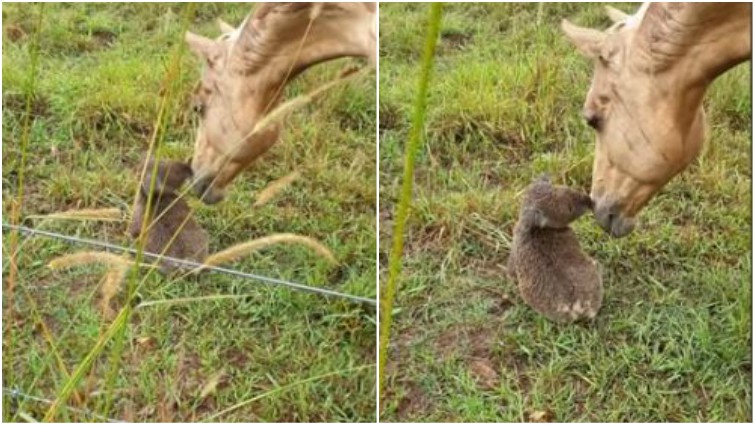 I am pretty sure that almost everyone has experienced it. It happens with animals as well. People tend to believe that bigger animals are usually dangerous and they work by the same mindset so, at the moment when they are in front of a huge animal, they will most likely step back because, in their mings, huge animals mean danger. The same happens when we see the interaction of two different species. We might think that one is going to be dangerous for the other but both species are both having the time of their lives. This is what is happening in the video below.

This adventurous little koala wandered into a horse paddock on a farm in Queensland, Australia. The horses’ owner, Alma Mendo, could tell her palominos were perplexed by the adorable creature’s sudden presence in their backyard. At first, she was concerned that horses would harm the koala. But her fears were quickly squashed as the trio began to interact before her eyes.

Not only did the koala appear to be totally unfazed by the much larger and stronger animals, but it even gave one of the horses a kiss on the nose. The horse owner thought that the horse would be dangerous for this koala but it was far away from that. As I said, another example of misinterpretation of things which is quite frequent. Everyone was unclear about how this koala ended up on the farm, nevertheless, I am pretty glad it happened as we got to see such an adorable moment. Please have a look and enjoy!