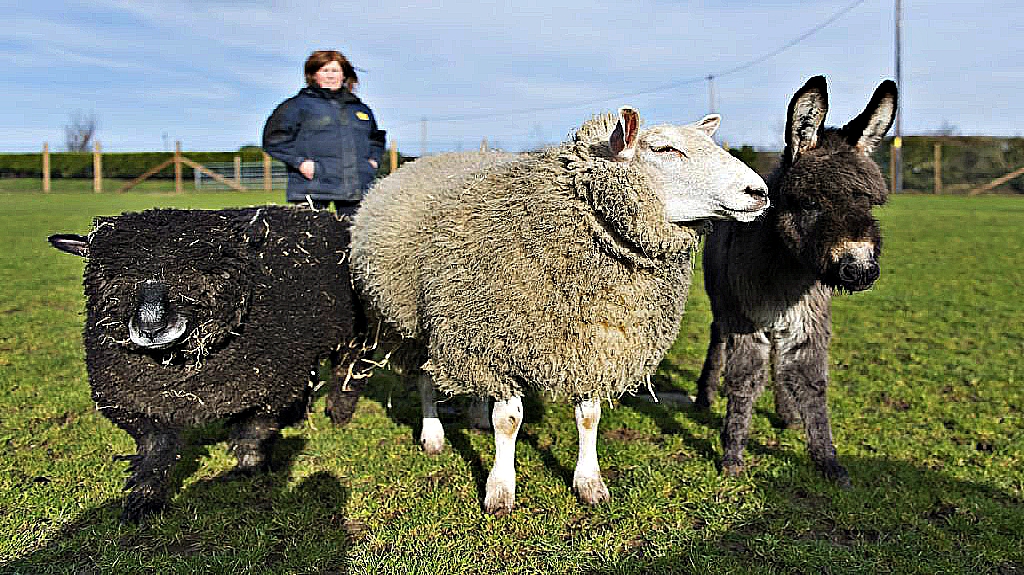 An orphan miniature donkey is “thriving” after being adopted by two sheep when her mother died shortly after she was born. Roberta was born at Folly Farm, an adventure park and zoo, in South Wales on 15 December 2018 when her mother, Marji, died 24 hours later. Kim Brickell, assistant farm manager has a few thoughts on the donkey: “Roberta had her mother’s colostrum for the first 24 hours, which was probably a lifesaver. 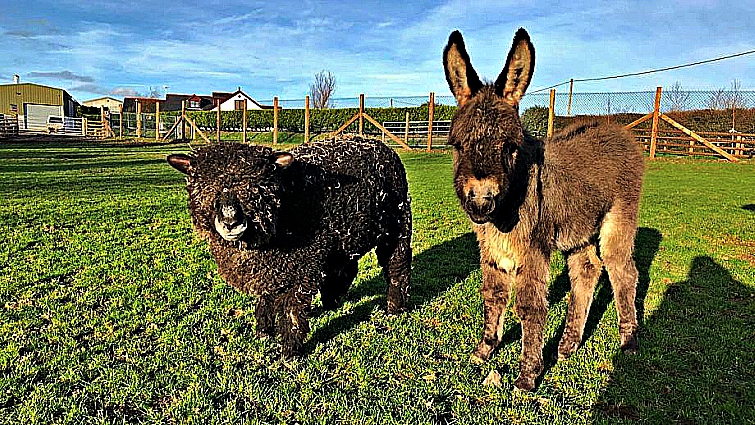 “We knew we would have to bottle-rear her but we thought ‘what are we going to feed this baby?’ We have milking goats on the farm and thought we’d give it a go. Goats milk has good properties for humans and animals alike so it was our first go to and Roberta loved it – she thrived off it.” Kim said finding a surrogate dam for Roberta wasn’t possible and so the foal was introduced to “friendly” one-year-old sheep, Lamby and Snowy. 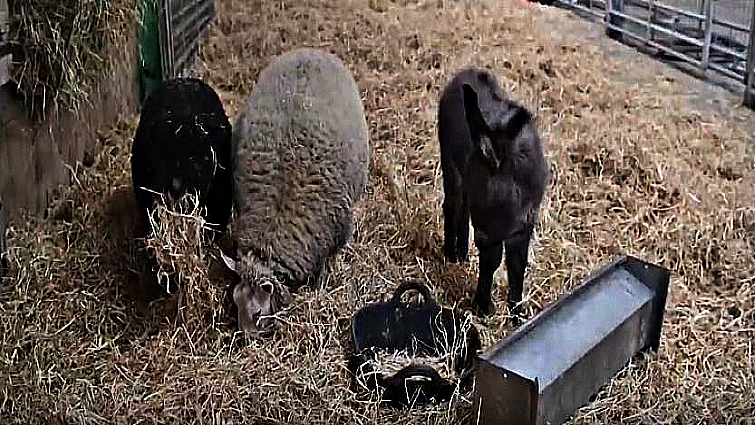 “Lamby and Snowy had been bottle-reared at Folly and were perfect for the job – because they had been bottle-reared they were even more friendly and placid. They were the prime suspects to become Roberta’s adoptive family,” she said. “They bonded straight away. We weren’t sure how it was going to go, Roberta was small and fragile, but they were as good as gold, they were really kind to her and soft.” Roberta, Lamby, and Snowy now “snuggle up” at night together and Roberta has “thrived” without any setbacks.

“Lamby and Snowy do a lot of the mothering instinct for her, they teach her how to graze and things like that. Roberta has dropped down to three bottle feeds a day and is doing really well – she adapted to the goat’s milk like she’d been on it from the start,” said Kim. “As the days and weeks go on she is growing at a rate of knots, you would never know she doesn’t have a mum. It’s not been detrimental to her life at all.”