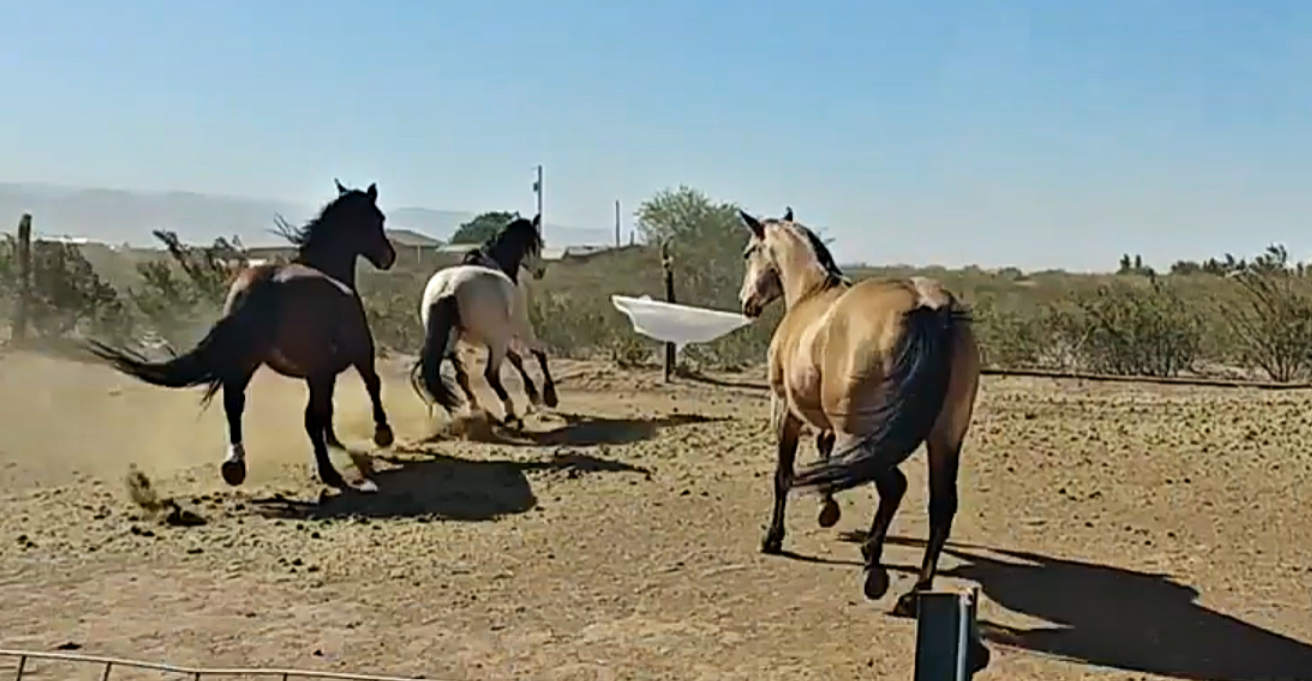 It’s sufficient for horses an object small enough but that attracts their curiosity to make them playful and run around like crazy. Apparently, the horse in the video named JeuJeu has found a new toy and just wants to show it off to her friends but her friends don’t respond the same as they are scared by what JeuJeu is carrying in her mouth.

All she wants to do is to show it to her friends but they simply run away and as she doesn’t understand why they do this, she keeps chasing after them. It’s obvious that the other horses weren’t that amused with the new toy. This is the caption that Haven Hinson, the woman who posted it on Facebook, wrote, “We are currently experiencing 40mph winds and JeuJeu thought it was VERY entertaining when a sheet of foam blew into her pen so she wanted to show it off to her friends but they weren’t nearly as amused ????????????????.”

She just wanted to play but it turned out to be such a hilarious action and as we see her in action she is like “Guys!! Look at this! It’s beau….. guys??? Guys????? Wait!”. She was really having a blast with that thing and I couldn’t stop watching it several times. Please have a look at the video for more!