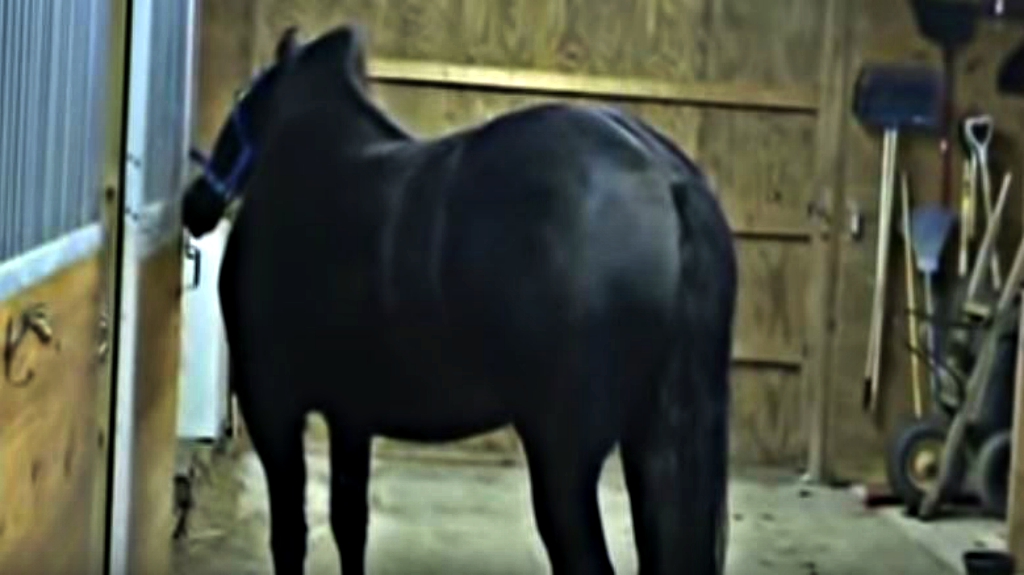 We have constantly thought that horses are innocent creatures and all their funny gestures are made unconsciously but it turns out that sometimes they think better than even the most famous magicians and illusionists.  Footage of a horse who uses his mouth to unlock his stable and then free all her stable friends has become immediately viral hit.

The horse named Mariska was recorded by her owners opening her stable, walking over to her friends’ boxes and also freeing them as well. It looks like the Fresian mare has a talent for escaping as the video also shows her letting herself through gates in the yard. The video has become famous all over the world gaining over 1 million views in different forums and YouTube.

The beautiful Fresian mare horse named Mariska now is known as “Houdini,” because she had taught herself how to unlock her own stall door all on her own…and it didn’t end there! Shockingly, Mariska figured out how to release other horses from their stables like some kind of equine emancipating hero!

Her owner says that the mare’s motive for getting loose isn’t certainly for freedom, but for fun purposes–she likes to visit her neighbors, and maybe grab a bite to eat every now and then. They add that once she is out, she goes directly to where the grain is kept or to the backyard, with its lush, green grass. Enjoy the hilarious video and watch how Mariska teaches a step by step tutorial on how to escape the stable. Make sure not to tell your horses about this!