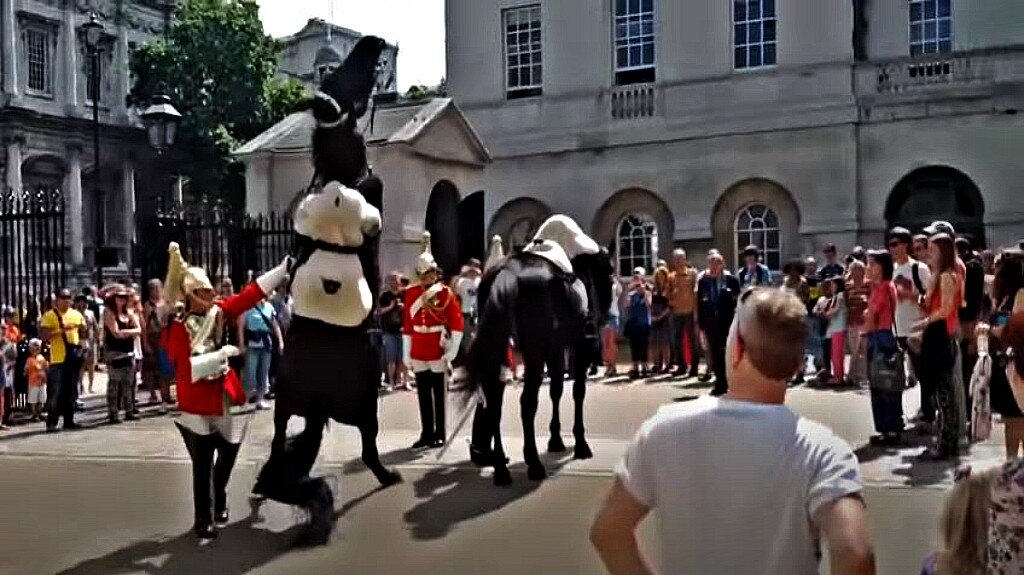 As we all know, it takes a lot of time to teach our horses how to behave in a proper way, especially if they are wild horses and are not familiar with being around humans at all. Horses are herd animals, meaning that they are used to staying in huge groups, and adjusting to a completely different lifestyle can be very difficult for them. We should always keep that in mind, especially in events where a lot of horses are participating. 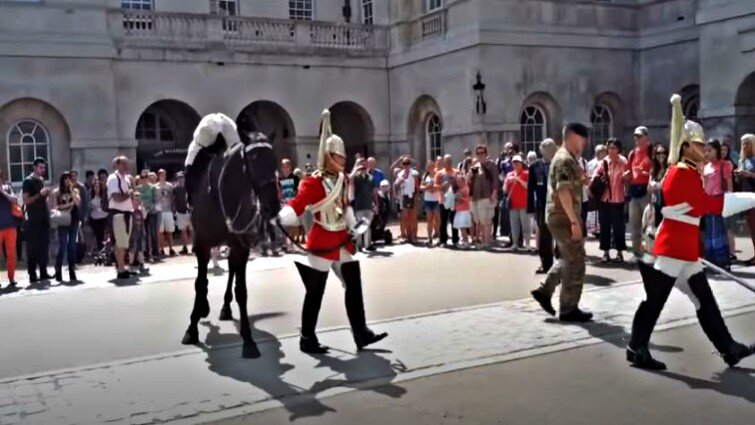 It is their natural instinct to stay close to each other, even if they are born as domesticated horses. Changing the Queen’s Life Guard at the plaza of Horse Guards is a lesser-known event than the change at Buckingham Palace, but it is a more intimate affair with no barriers between guards and the public. 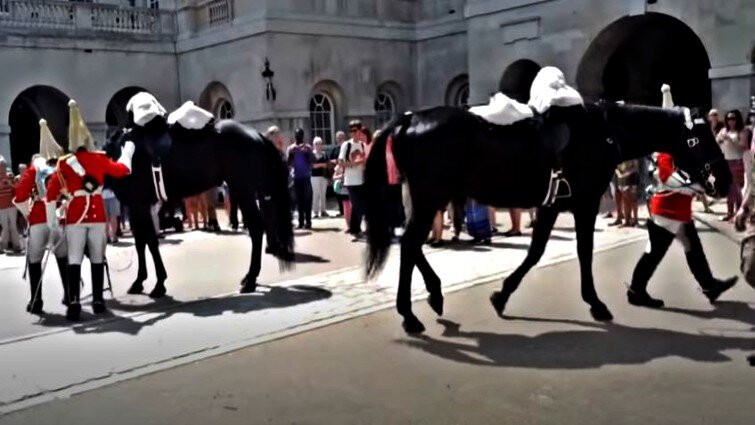 The Queen’s Life Guard is actually part of the senior regiment of the British Army, and has stood at Horse Guards — the official entrance to St. James’s Palace and Buckingham Palace — since the Restoration in the mid-1600s. Two mounted soldiers are on duty and changed every hour. The 4 p.m. changing ceremony, called the Dismounting Ceremony or Four o’Clock Parade, exchanges mounted guards for foot guards until the next morning.

And, thanks to an incident in 1894, it also includes an inspection by an officer. It is said that Queen Victoria discovered the entire Guard drinking and gambling and neglecting their duties one afternoon. As punishment, reports Guided Walks in London, the Queen demanded a daily inspection be conducted for one hundred years; the time frame has passed, but the ritual continues for the sake of tradition.

It was a very critical situation, as critical as it can’t be described, hence, I would like you all to watch this video and find it out yourself what I am talking about. Hopefully, such a thing never happens in such important events. Please have a look at the video and let us know what you think about it.