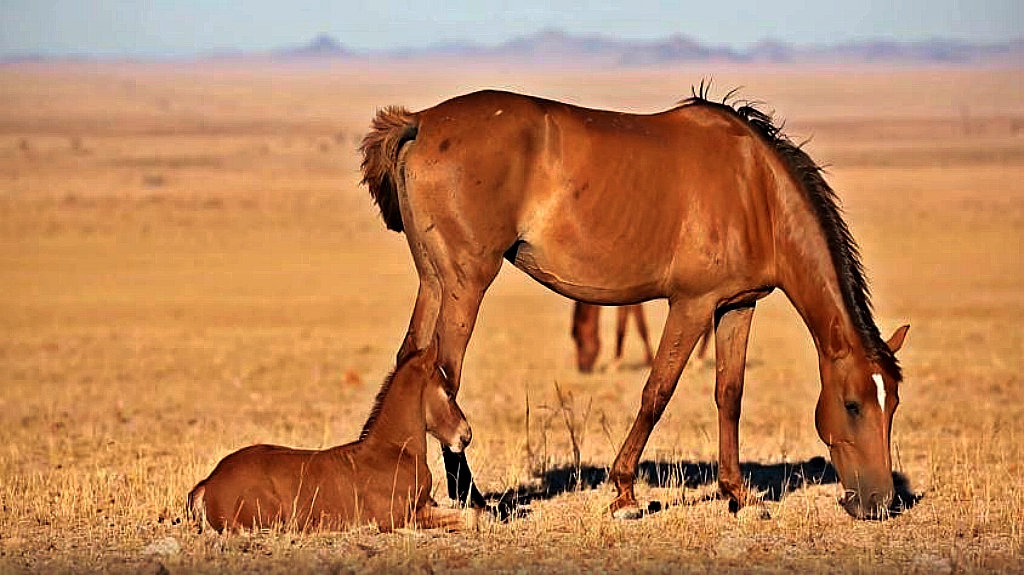 For decades, the Namibian desert in Africa has witnessed the struggle for survival of wild horses, with dwindling numbers in recent years threatening extinction. The combination of recurrent attacks by predators, primarily hyenas, and tough weather conditions with long and recurrent droughts has threatened the population of feral horses in the southwestern African country of Namibia, with numbers declining from nearly 300 to only 74 animals in just four years, the Namibia Wild Horses NGO reported. The horses have been around for 104 to 105 years, Mannfred Goldbeck, president of Namibia Wild Horses, told EFE. There was a breeder on the edge of the Namibian desert that kept them for diamond mines, for work and also for leisure, Goldbeck continued. 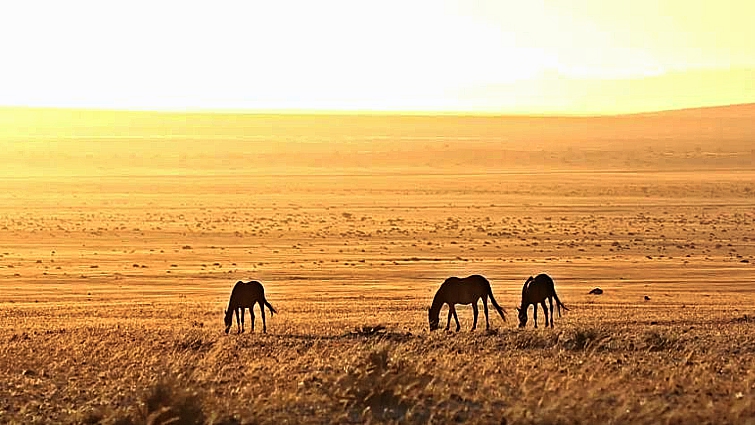 During World War I, the owner was deported to Germany and the animals were liberated, the president of the NGO in charge of their preservation added. The wild creatures, which were brought by European colonials, found a new home in the Namib desert, far in the south, in an area known as the Garub, where they found water at a railway station. At first glance, the wild horses, which live in small herds, do not differ from their domesticated counterparts, except for the tough living conditions they endure making them smaller and thinner. Until 1986 the hardy horses galloped freely on the Garub plains but when the area they inhabited became part of the Namib-Naukluft National Park, comprised of vast terrains of the Namib Desert and the Naukluft mountain range, their mobility was limited considerably when authorities fenced off the protected lands.

Ironically, the creation of a national park has complicated efforts to save these animals, as their numbers have declined drastically over the last six years. Sadly, since 2013 no foal has survived into adulthood. The main threat to these chestnut-colored horses is hyena attacks. However, the severe droughts which have hit southern Africa between 2015 and 2018 have not helped either. The Namibia Wild Horses NGO has presented several plans to the government to try and resolve the crisis in a bid to avoid extinction. These included making the organization the main guardians of the feral equines and to purchase nearby lands in order to relocate them.

Under these proposed plans, the horses would have been looked after by the NGO and the land would have remained state-owned and continued to be accessed by tourists. The government, however, turned down the offer. The Ministry of Environment and Tourism is attempting to address the issue and has rolled out a policy to cull hyenas. The decision has sparked controversy, not only because it goes against the national park’s rules and animal rights, but also because it could be too late, Goldbeck said. However, he said he was optimistic because the government has finally taken into consideration the value of wildlife and its touristic potential.