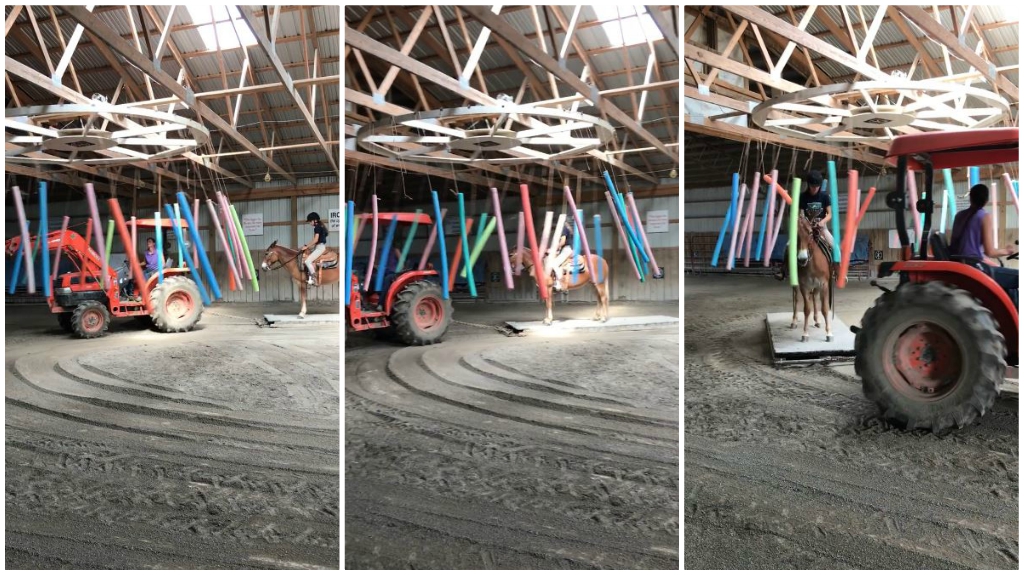 Horses are unpredictable animals and they can spook over the most insignificant thing that they might come across. But we should work really hard to desensitize them and learn them to get used to things that they consider to be a threat to them. Each trainer and rider has his own ways of desensitizing a horse but the guy in the video has probably the strangest idea ever. 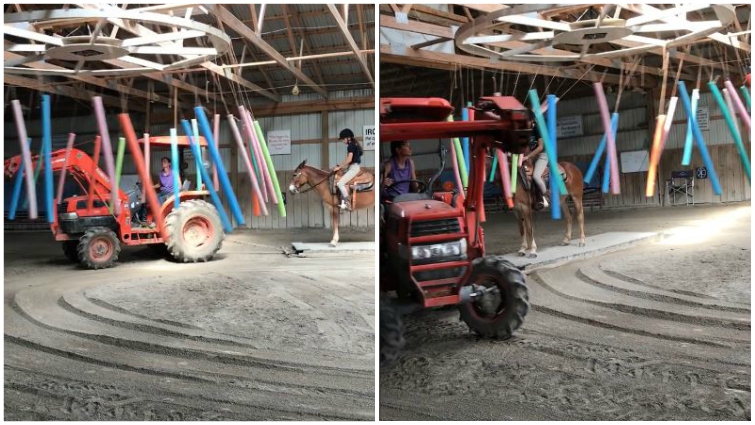 As far as we have got smartphones and as far as social media exists we will be able to post and watch video we never thought they would happen. The video features a mule named Daisy on a sled being towed by a tractor in the middle of a merry-go-round thing with pool noodles like a circus. 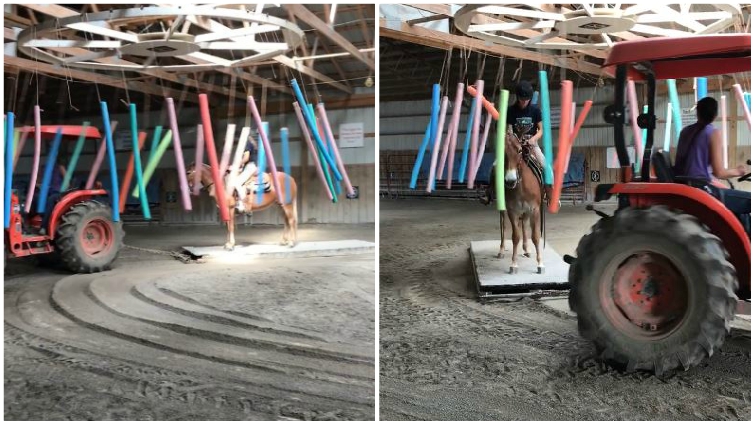 The wheel from which the pool noodles hang goes round and although Daisy is in the middle and whipped by those she doesn’t flinch a bit. She doesn’t care about this and passes the challenge successfully and maybe is waiting for her new one. What about an agility test? We will have to wait and see it! Watch the funny video!