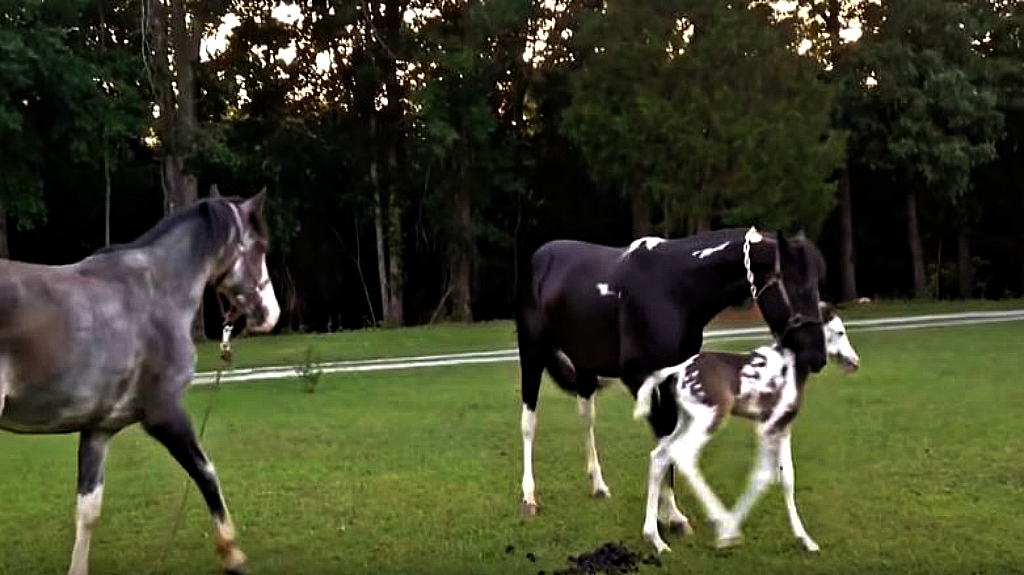 Every mother would protect her children through everything at any given moment and this Tennessee Walking Horse foal proves this in the video shown below. It is believed that a mother’s love is even bigger than the father’s because the mother creates a unique and very special bond from the moment she carries the baby foal in her belly to the moment she gives birth to him. 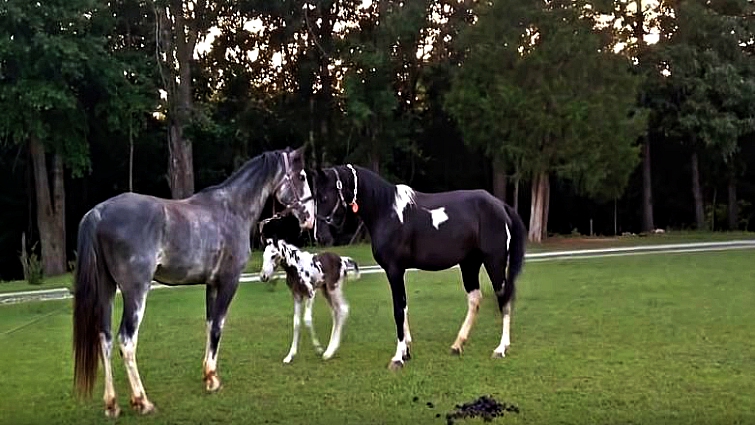 Different people have different opinions about this topic and we do not want to raise a debate by saying that mothers want their children more than their fathers. This very popular video on the internet can be the perfect definition of what a mother is capable of doing in order to protect her gorgeous little foal. 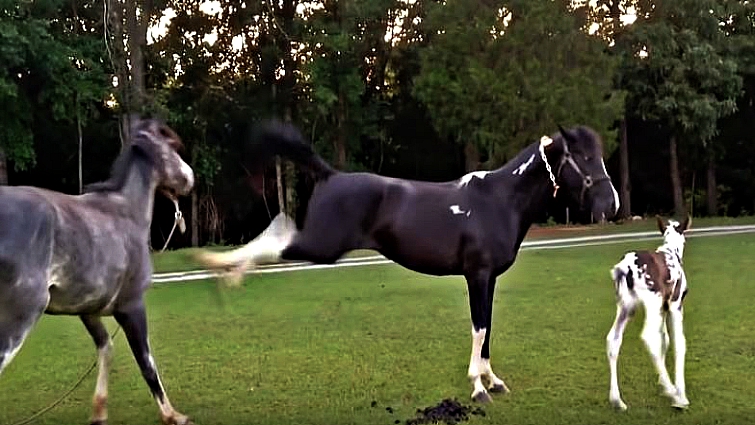 The person who uploaded this video put a description below the video saying that mother Bella was taking her little Jewel for a stroll around the house and decided to meet the foal with her father, named Demon.We are not sure if Bella wanted to meet the father with his baby or she just simply wanted to reiterate to Demon that he was to keep his hooves off Jewel.

By her actions and her body language, we believe that the second part of the sentence was true, she wanted to mark her territory. While many users commented that Bella was overreacting by adding that the mare’s reaction was not necessary we can just say that this is a protective mother he would do anything for her little baby foal.